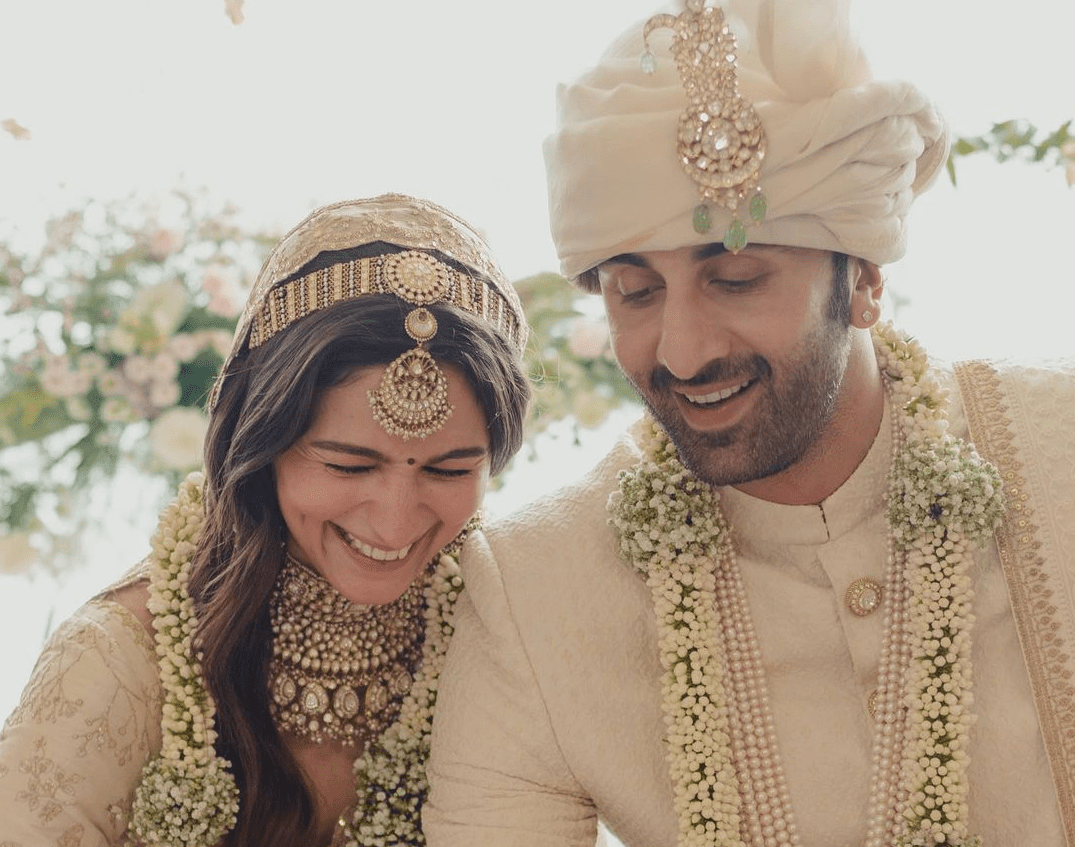 After the huge buzz around their high-profile wedding, Ranbir Kapoor and Alia Bhatt are officially Mr and Mrs Kapoor now. The couple tied the knot today at Kapoor’s temporary resident Vastu Apartments in Pali Hill, Mumbai.

The power couple took the seven rounds of the ceremonial fire in the presence of close friends and family members. The two had a peach-themed wedding where the bride wore outfits by famous designers Manish Malhotra and Sabyasachi.

Karisma Kapoor, Kareena Kapoor, and Saif Ali Khan joined Neetu Kapoor, Riddhima Sahni, and other Kapoor family members at the wedding ceremony. Alia’s parents Mahesh Bhatt and Soni Razdan and sisters Pooja and Shaheen Bhatt were also in attendance. Shweta Bachchan and Nikhil Nanda also attended the wedding with their daughter Navya Naveli. Akash and Shloka Ambani were also on the guest list as were Karan Johar and Ayan Mukerji.

Right after exchanging vows, Alia took to her Instagram handle and shared a set of beautiful pictures that have gone viral on social media.

She wrote, “Today, surrounded by our family and friends, at home… in our favourite spot – the balcony we’ve spent the last 5 years of our relationship – we got married.

With so much already behind us, we can’t wait to build more memories together … memories that are full of love, laughter, comfortable silences, movie nights, silly fights, wine delights, and Chinese bites.

Thank you for all the love and light during this very momentous time in our lives. It has made this moment all the more special.

Stay tuned to this space for more updates!