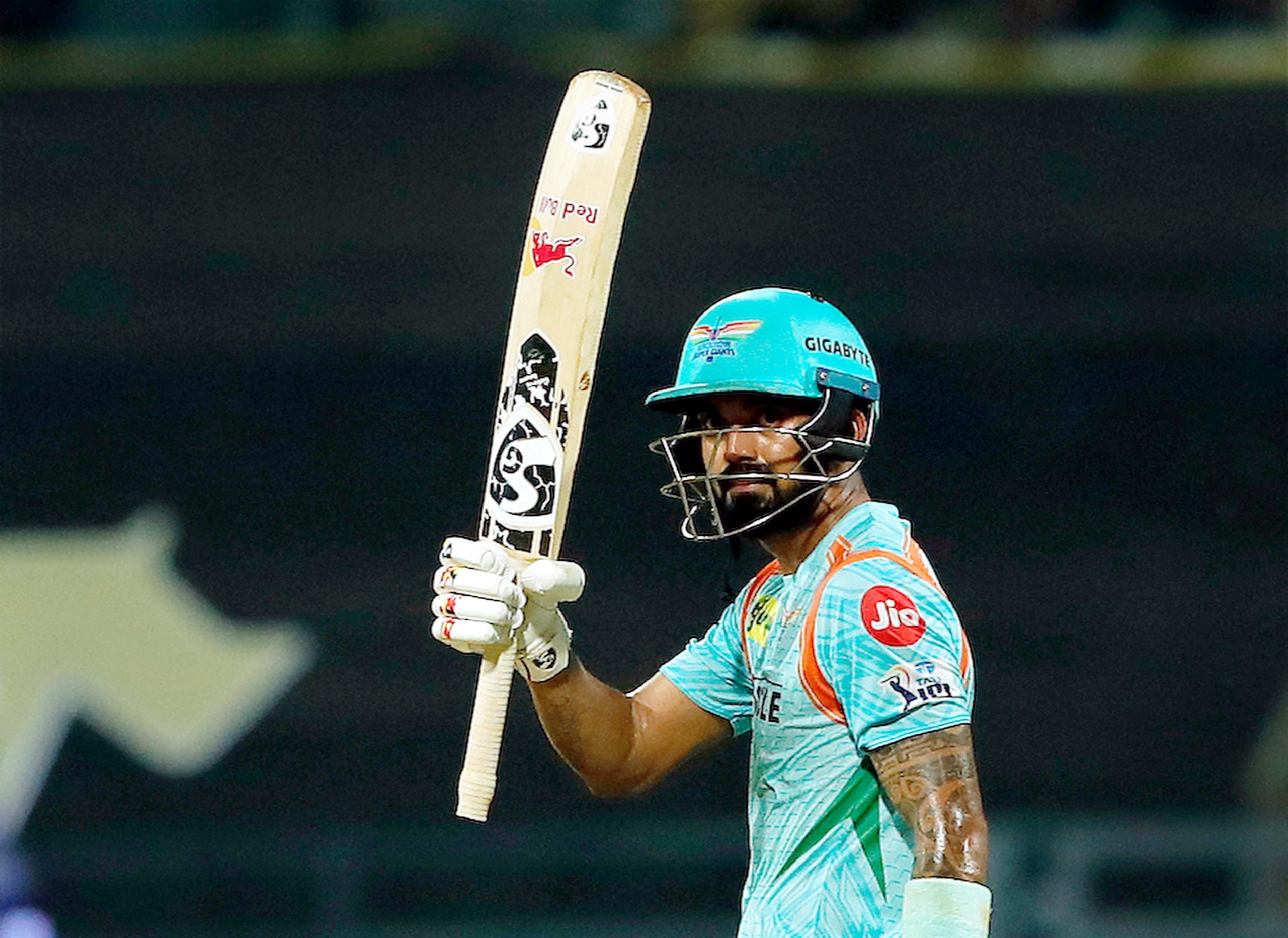 Rahul’s second ton of this edition steered Lucknow to 168 for six, a total their bowlers defended by restricting Mumbai to 132-8 at the Wankhede Stadium.

Rohit Sharma’s Mumbai, the richest and most successful side in Indian Premier League history with five titles, slipped to their eighth straight loss to stay bottom of the 10-team table.

“We haven’t batted well in the tournament,” Rohit said after their 36-run loss that only gives them a slim mathematical chance of making the play-offs.

“You have to ensure one of the batter bats long but we have failed to do that in this tournament. Some of the opposition players have done that and that has hurt us.”

The in-form Rahul, who has amassed 368 runs in eight matches, stood out for Lucknow as he put on 58 runs with Manish Pandey and then a 25-ball 47 with Ayush Badoni for the sixth wicket.

Badoni hit 14 off 11 balls to boost the team total with Rahul reaching his fourth IPL hundred with a six off Riley Meredith, who took two wickets, in the final over.

West Indies medium-pace bowler Kieron Pollard hurt Lucknow’s batting with the key wickets of Pandey, for 22, and Krunal Pandya for one in his two overs to return figures of 2-8.

But Mumbai faltered in their chase to lose regular wickets despite a 31-ball 39 from Rohit who fell to Krunal’s left-arm spin after five fours and one six.

Part-time spinner Ayush Badoni got Suryakumar Yadav for seven as Mumbai slipped to 67-4 in 11.2 overs.

Tilak Varma and Pollard attempted to raise hopes of a chase in their 57-run partnership that was finally broken by West Indies fast bowler Jason Holder.

Holder took down Varma for 38 and Pollard fell to Krunal in the final over as a glum Mumbai side and their fans at the Wankhede sauntered off.