Producer of ‘Blasphemous’ film ‘The Lady of Heaven’ blasts protesters 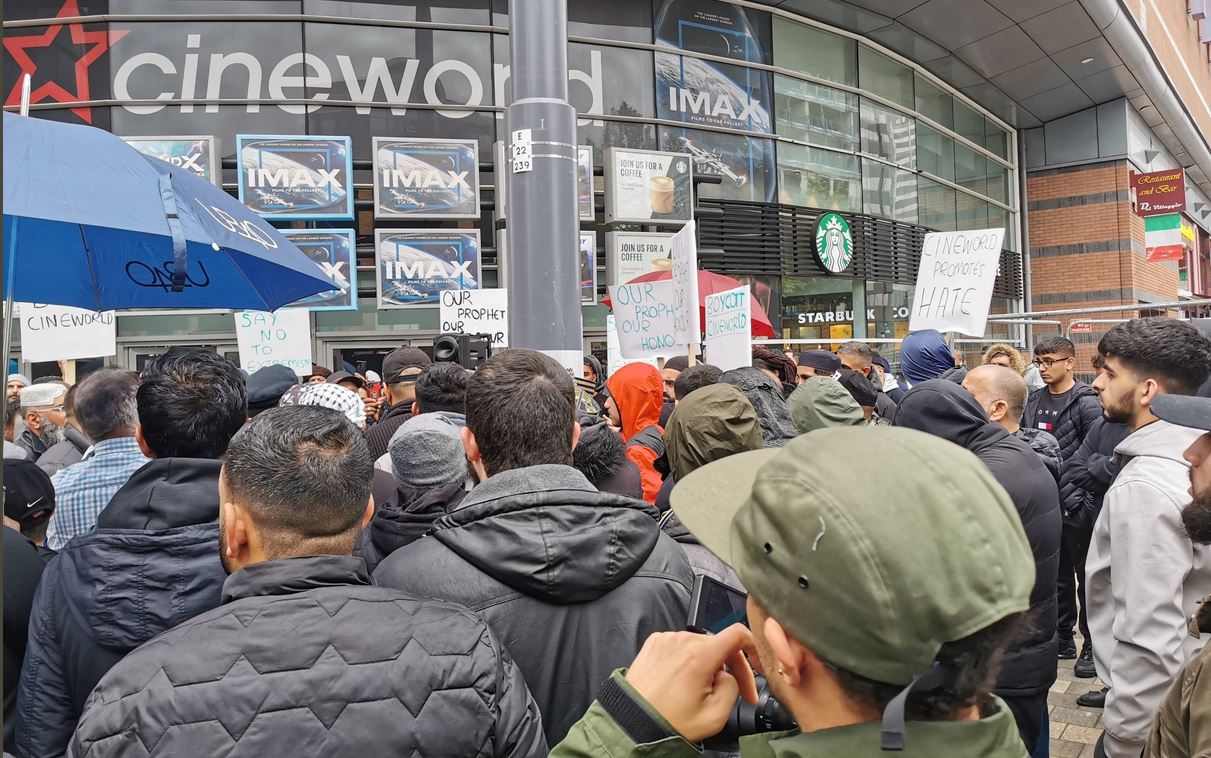 THE producer of the movie The Lady Of Heaven has blasted Muslim protesters and accused them of ‘poisonous rhetoric, bullying tactics and propaganda’, according to a report.

Executive producer Malik Shilbak asked his critics to ‘take their heads out of the clouds’ in a heated discussion with Roshan Salih, editor of Muslim media platform 5Pillars, the MailOnline reported.

“Islam is a very complex religion with various interpretations across the world. Hundreds of millions of Muslims agree with what’s in the film and believe in what’s in the film. There are people across the world who are okay with depicting the Prophet, it’s just Roshan’s mob who don’t – they’ve bullied the world to believe that’s the only viewpoint, which isn’t the case,” Shilbak was quoted as saying by the media outlet.

Showcase became the second silver screen chain to pull the film, which is about the daughter of the Prophet Muhammad, from its venues following an outcry from demonstrators.

The £12 million movie was released in the UK over the Jubilee weekend, but Cineworld subsequently removed it from all branches after staff faced crowds of protesters outside venues in Bradford, Bolton, Birmingham and Sheffield.

The film and its creators have been accused of blasphemy for depicting Prophet Muhammad and his daughter Fatima.

Most schools of Islam ban any depiction of the prophet as they believe it to be against the spirit of the religion, disrespectful and encouraging of the worship of idols. The film has also been accused of inciting hatred between different sects in Islam.

Created by Shias, it was nonetheless banned in Shia-majority Iran with the government saying it was aimed at dividing Muslims.

The Sunni sect, which makes up 90 per cent of the global Muslim population, have accused the film’s creators of deliberately depicting an extremist Shia perspective of Islamic history to create tension.

The report added that Sunni Muslims are unhappy at the way that some of Islam’s holiest figures are portrayed in the film, including the prophet’s third wife Aisha and two of his closest companions. Abu Bakr and Omar, who were the first two caliphs and are seen as two of the holiest figures among Sunnis, are depicted as deceitful, conniving and dishonest – characterisation that has caused significant anger among Sunnis.

There is also anger at the writer of the film, Sheikh Yasser al-Habib, who is a controversial figure in the Muslim world. A Kuwaiti Shia scholar based in London, he has previously angered Sunni Muslims by calling Aisha, the third wife of the Prophet Muhammad, ‘an enemy of God’, the MailOnline report said.

The cleric was previously jailed in Kuwait and had his citizenship stripped. Senior Iranian clerics have described him as a ‘mad man’ and accused him of inflaming tensions between Sunnis and Shia.

According to the report, the film opens with the invasion of Iraq by ISIS and features a graphic jihadist murder, before telling the story of Lady Fatima, one of the daughters of the founder of Islam.

Director Eli King depicts Fatima as a faceless character, shrouded by a black veil to avoid portraying religious figures directly. However, protesters have accused the filmmakers of inaccurately depicting religious history and negatively portraying three of Islam’s most important figures.

The film features former Coronation Street actor Ray Fearon and was shown at the Cannes Film Festival last year, but was released in the UK on June 3, this year.

John Stephenson, who directed the 1999 film Animal Farm and 2004 movie Five Children and It, acted as a creative consultant.

And other critics have expressed anger that the negative characters were portrayed by black actors, rather than white, which they say ‘stems from the racial bias against darker skinned people’.

In the recent past, a teacher was forced into hiding in UK following protests about a cartoon of the Prophet Muhammed he showed to pupils during a religious education class. The image, which was shown to children at Batley Grammar School in West Yorkshire, sparked days of heated protests by parents and activists at the school gates.

The 30-year-old teacher, who was forced to flee his home, was suspended at the time but later cleared when an independent investigation found that he had not intended to cause offence. Earlier this year he was reported to still be in hiding.

French satirical magazine Charlie Hebdo was attacked by Islamist fanatics in January 2015, after posting cartoons which were said to have insulted the Prophet Mohammed. Twelve people were killed in the onslaught, including a number of cartoonists who were said to have continually mocked Islam.

The magazine is now published from a secret headquarters in Paris – one that is said to be under armed guard at all times.

French teacher Samuel Paty was beheaded outside the gates of the college where he taught in Conflans-Sainte-Honorine, north of Paris, in 2020. The killing came after an online campaign led by Muslim parents who were angry at Paty for showing cartoons of the Prophet Mohammed to students. Paty had shown the cartoons – previously printed in magazine Charlie Hebdo – to pupils as part of a lesson on free speech.