PM Modi to meet mother as she turns 100 on June 18; Gandhinagar civic body ‘postpones’ plan to name a road after her 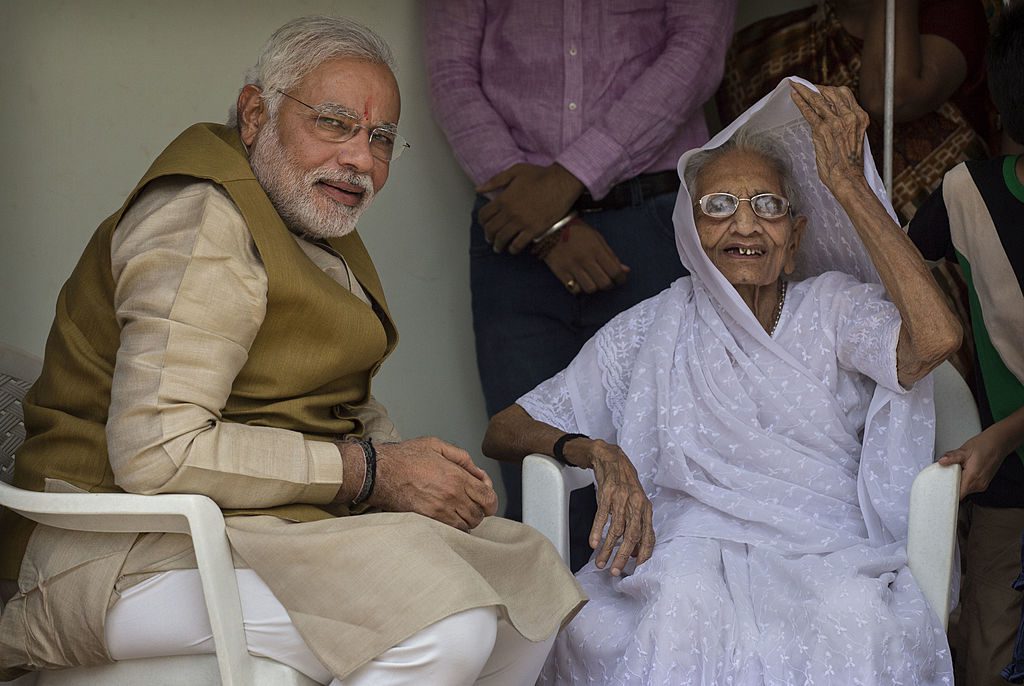 The Gandhinagar Municipal Corporation (GMC) in Gujarat on Thursday withdrew its announcement about naming a road in the state capital for Prime Minister Narendra Modi’s mother, Hiraba Modi

Hiraba, who lives with the prime minister’s younger brother Pankaj Modi at Raysan village on the outskirts of Gandhinagar, is set to enter the 100th year of her life on June 18

On Wednesday, Hitesh Makwana, mayor of the BJP-ruled civic body, had announced that it has decided to name a road in Raysan village as ‘Pujya Hiraba Marg’ so that “the next generation takes inspiration from her life. But on Thursday, the GMC issued a statement saying the naming has been put off.

The road can not be named at present as the GMC has not yet formulated a policy about the naming of city roads, it said.

“…this proposal now stands postponed and will be considered in the future when a policy is formulated,” said the statement.

Modi is likely to visit his mother on Saturday (June 18) and celebration has also been organised at Vadnagar in Mehsana district in the evening.

“PM Narendra Modi’s mother Hiraba is turning 100 years old and keeping in account the demand and feelings of the people of the state capital, it has been decided to name the 80 metre road from Raysan Petrol pump as “Pujya Hiraba Marg”,” said Gandhinagar mayor Hitesh Makwana in an official release on Wednesday (15).

The statement further added that it was decided to rename the 80-metre road for the purpose of keeping the name of Hiraba alive forever and for future generations to learn the lessons of renunciation, penance, service and conscientiousness from it.

Hiraba now lives with her youngest son Pankaj at Raisan village on the outskirts of Gandhinagar.

Prime minister is slated to be on a two-day visit to Gujarat on June 17 and 18. After meeting his mother, Modi is expected to attend three events in Panchamahal and Vadodara districts.

“As Hiraba is turning shatayu (100 years), we have organised a Nav Chandi Yagna and recitation of the Sundar Kand at the Hatkeshwar Temple in Vadnagar. A sangeet sandhya (musical evening) has also been organised at the temple on the occasion,” one of her sons Prahlad Modi told the Indian Express newspaper.

According to the report, noted singer Anuradha Paudval and other artists are likely to perform at the event.

“We will also provide food – shiro and mag – to all schoolchildren of Vadnagar. Hiraba’s presence at the event will depend on her health,” Prahlad said.