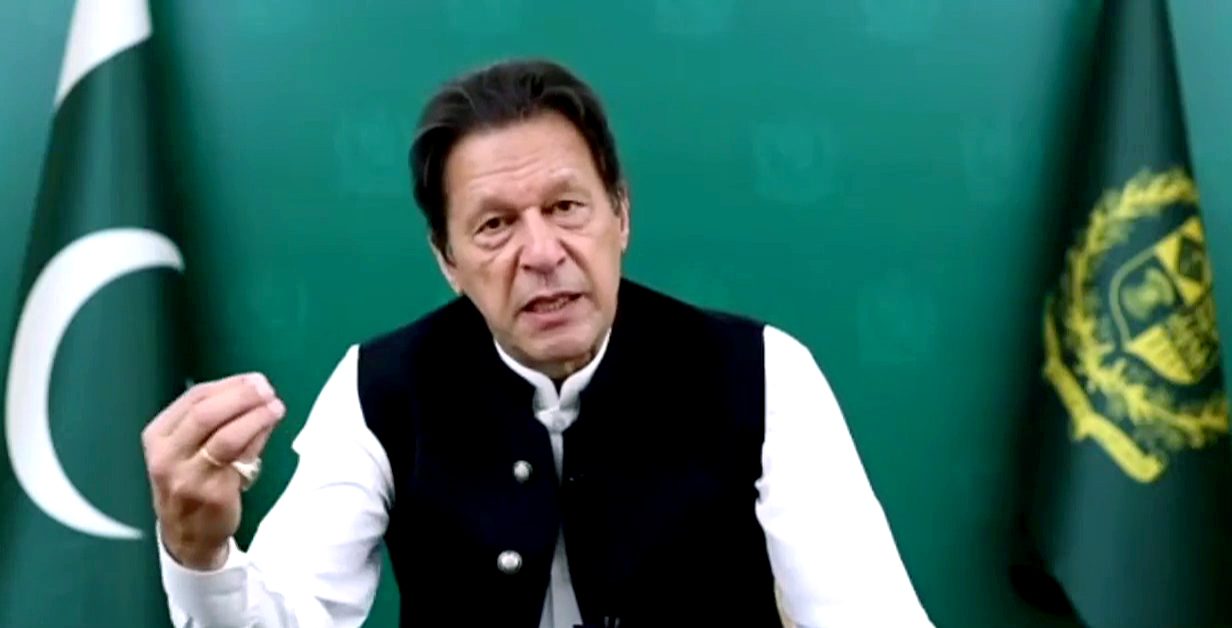 PAKISTAN lawmakers clashed angrily in the National Assembly on Saturday (9) ahead of a no-confidence vote on prime minister Imran Khan that will likely see him booted from office.

The speaker adjourned proceedings without giving a reason after just 30 rowdy minutes, ordering lawmakers to return in the afternoon.

Khan, who was not present, has lost his majority in the 342-seat assembly through defections by coalition partners and members of his own party, and the opposition need 172 votes to dismiss him.

There is no vote for a new prime minister on the agenda, but that could change and Pakistan Muslim League-N (PML-N) leader Shehbaz Sharif is the anointed candidate.

Tempers rose as Shehbaz insisted a vote be held immediately – as ordered by the Supreme Court on Thursday (7) – but Khan loyalists demanded discussion first on their leader’s claims there had been foreign interference in the process.

“You will run proceedings of the house under the order of the Supreme Court,” said a furious Shehbaz, wagging his finger.

“We intend to face it in accordance with law and constitution,” replied foreign minister Shah Mehmood Qureshi.

Khan, 69, said on Friday (8) he had accepted a Supreme Court ruling that ordered the no-confidence vote, but insisted he was victim of a “regime change” conspiracy involving the United States.

The former international cricket star said he would not cooperate with any incoming administration and called on his supporters to take to the streets.

A heavy security blanket was thrown over the capital on Saturday (9), with thousands of police on the streets and a ring of steel containers blocking access to the government enclave.

The Supreme Court ruled on Thursday that Khan acted illegally by dissolving parliament and calling fresh elections after the deputy speaker of the national assembly – a loyalist – refused to allow an earlier no-confidence vote because of “foreign interference”.

Khan said the PML-N and the Pakistan People’s Party (PPP) – two normally feuding dynastic groups who joined forces to oust him – had conspired with Washington to bring the no-confidence vote because of his opposition to US foreign policy, particularly in Muslim nations such as Iraq and Afghanistan.

With reference to the defections, he also accused the opposition of buying support in the assembly with “open horse-trading… selling of lawmakers like goats and sheep”.

“There is a conspiracy from abroad,” Khan said. “This is a very serious allegation… that a foreign country conspired to topple an entire government.”

Washington has denied any involvement.

Whoever takes over will still have to deal with the issues that bedevilled Khan – soaring inflation, a feeble rupee and crippling debt.

Militancy is also on the rise, with Pakistan’s Taliban emboldened by the return to power last year of the hardline Islamist group in neighbouring Afghanistan.

How long the next government lasts is also a matter of speculation.

The opposition said previously they wanted an early election – which must be called by October next year – but taking power gives them the opportunity to set their own agenda and end a string of probes they said Khan launched vindictively against them.

Local media quoted an Election Commission official as saying it would take them at least seven months to prepare for a national vote.

Pakistan has been wracked by political crises for much of its 75-year existence, and no prime minister has ever seen out a full term.

Publicly, the military appears to be keeping out of the current fray, but there have been four coups since independence in 1947 and the country has spent more than three decades under army rule.