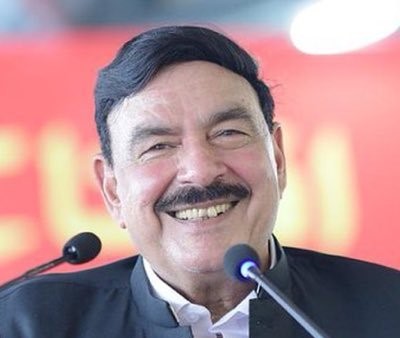 Pakistan’s former Home Minister Shaikh Rasheed on Friday said that the government is targeting journalists in the country.

Popular news anchor Imran Riaz Khan was arrested on Tuesday near the outskirts of Islamabad, hours after he claimed that his life was under threat. Khan was heading to Islamabad when he was arrested in connection with a treason case registered against him in Attock, Pakistan’s Dawn reported.

Khan is a vocal critic of the government led by Prime Minister Shehbaz Sharif, and is a supporter of former Prime Minister Imran Khan, who was ousted from power in April and is not related to the journalist, according to CPJ reporting and The Express Tribune.

Pakistan is one of the world’s deadliest countries for journalists, with three to four murders each year that are often linked to cases of corruption or illegal trafficking and which go completely unpunished, according to Reporters Without Borders.

Any journalist who crosses the red lines dictated by Inter-Services Public Relations (ISPR) – an intelligence agency offshoot – is liable to be the target of in-depth surveillance that could lead to abduction and detention for varying lengths of time in the state’s prisons or less official jails.

Furthermore, the Inter-Services Intelligence (ISI), Pakistan’s leading military intelligence agency, is prepared to silence any critic once and for all.

A prominent rights group this week slammed the Pakistani government for the arrest of journalist Imran Riaz Khan and urged authorities to stop punishing dissenting voices.

Meanwhile, Pakistan is also facing an economic crisis. The State Bank of Pakistan has said that the inflation in the country will remain in the range of 18-20 per cent this fiscal year. There is continuous shortage of fuel and electricity in the country. This comes in the Backdrop of Russia-Ukraine war.

The tsunami of inflation has hit the country and it is under the control of the International Monetary Fund (IMF), the Daily Ausaf newspaper reported citing the Minister.

Rasheed mentioned that electricity, gas, and petrol are getting expensive every day, and an infuriated person might grab the leaders by their collars.

The country is moving towards bankruptcy, Rasheed said adding that the by-elections that will be held on July 17 will be decisive, local media reported.