Once darling of UK right, Patel’s future on line in asylum battle 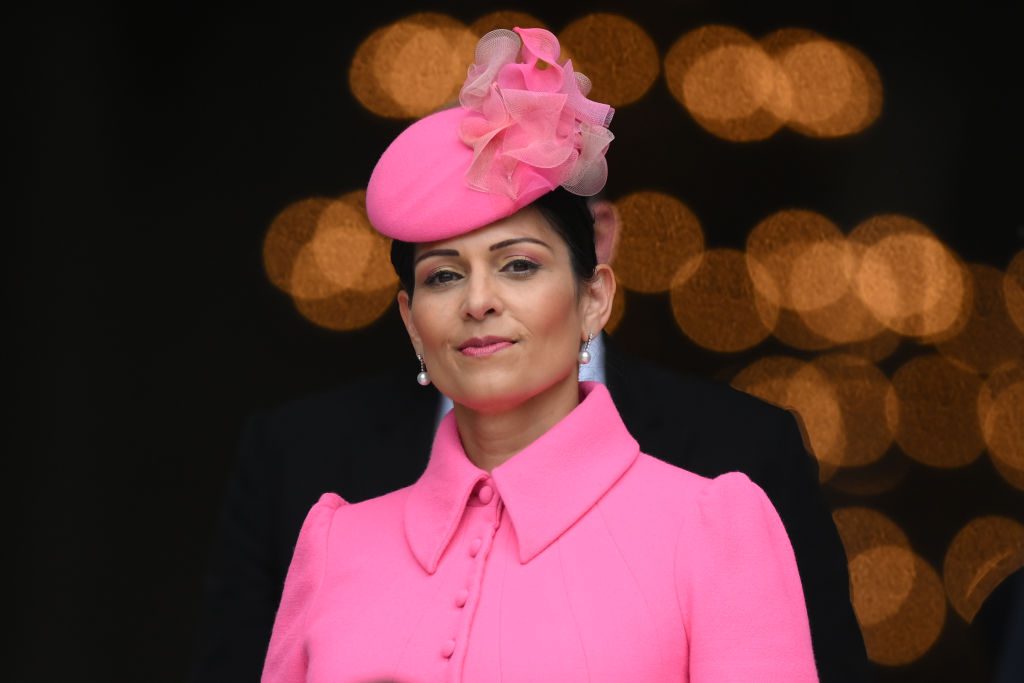 BY her own admission, home secretary Priti Patel’s hard line on immigration would have stopped her own parents coming to Britain but it has made her a darling of the right.

However, she is now in danger of alienating her conservative base after her plan to deter illegal crossings of the Channel by sending asylum seekers to Rwanda ran aground.

Patel insisted she would “not be deterred” after it emerged that all the migrants due to be sent on the first plane to Rwanda were removed on Tuesday (14) night following a ruling by the European Court of Human Rights.

Failure to solve the highly contentious issue, at a time when migrant crossing numbers are reaching record highs, will ramp up the pressure from all sides.

Patel is already reeling from her performance over Ukrainian asylum seekers, which led to Prime Minister Boris Johnson side-stepping her and appointing a new refugees minister.

It all amounts to a decline of fortunes for Patel, 50, who has survived one sacking from government and a damning internal report into her alleged bullying of civil servants.

A free marketeer and ardent backer of Brexit, Patel’s tough stance on immigration has been a hallmark of her time in charge of the Home Office, despite her own family background.

When unveiling Britain’s new “points-based” immigration model on its exit from the European Union, Patel conceded on LBC radio in February 2020 that the system would have kept out people like her parents.

They are Gujarati Indians from Uganda who fled to Britain in the 1960s and set up a chain of newspaper shops, shortly before dictator Idi Amin expelled Asians from the East African country.

Her political heroine Margaret Thatcher was the daughter of a greengrocer, and Patel says she shares the former Tory prime minister’s devotion to small business, hard work and frugality.

“Coming from a country where you’re persecuted means that you want to work hard and to contribute to the society where you end up,” she said in a 2012 interview.

Patel said her family’s Hindu values coupled with her experiences of racist abuse while growing up in Watford, north of London, fuelled her determination to succeed.

After attending university, Patel headed the press office for the short-lived anti-EU Referendum Party in the 1997 general election, before joining the Conservative leadership’s media operation.

She left in 2000 to work in public and corporate relations, including for drinks multinational Diageo.

Then Conservative leader David Cameron placed Patel on a so-called A-list of prospective MPs and put her into a safe seat in the 2010 general election, before appointing her a junior minister in 2014.

But while he tried to steer the Conservatives to more liberal territory, she voted against introducing same-sex marriage.

Patel then broke with Cameron to campaign for Brexit in the 2016 referendum, alongside Johnson.

Cameron’s successor Theresa May made Patel international development secretary when she took office in July 2016. It was short-lived.

May sacked her in November 2017 after it emerged that Patel had pursued her own freelance diplomacy during a family holiday to Israel — including a meeting with then prime minister Benjamin Netanyahu — without notifying the Foreign Office or Downing Street.

But when he took over from May in July 2019, Johnson brought Patel back to the cabinet in an even more senior role, in charge of the sprawling Home Office.

While some cabinet members quailed at allegations of lockdown-breaching parties in Downing Street, Patel has stood four-square behind Johnson.

Interviewed by Sky News in January, Patel said she “spends all my time day in, day out” in supporting the prime minister.

With a challenging few months ahead, she will be hoping that loyalty is repaid.