Sri Lankan president Maithripala Sirisena claimed that he was not aware of the warnings by the Indian intelligence agencies about the Easter Sunday attacks, saying that the tragedy could have been prevented had he been kept in the loop by the concerned officers.

Sirisena had last month said a clear report about a possible terror attack was sent by Indian intelligence agencies 17 days prior to the April 21 bombings, that killed 258 people, but he was not informed about it.

The president said he left for a foreign trip on April 16 and till then he was not informed about the Indian intelligence report, though there had been exchanges on the issue between the defence secretary and the then inspector general of police.

I was not aware of the prior warnings of the April 21 attacks but if the officers attached to defence establishments had informed me, I would have taken steps to prevent them,” he said during the National Conference on Peace, Harmony and Coexistence on Tuesday.

Sirisena said that the attacks could not be avoided due to shortcomings of certain government officers.

I was blamed for not doing anything to prevent the attack but the truth is that I was never aware of it, he added.

The Easter Sunday attacks have led to a fear psychosis among the communities in this country. Sinhalese, Tamils and Muslims have begun to suspect each other.

As a fallout to the Easter Sunday attacks, clashes broke out between the Muslims and Christians, killing one person in northwestern Sri Lanka and forcing the police to impose curfew in certain areas.

Nine suicide bombers carried out a series of devastating blasts on April 21 that tore through three churches and three high-end hotels frequented by tourists in Sri Lanka’s deadliest terror attack since the devastating civil war with the Liberation Tigers of Tamil Eelam (LTTE) ended in 2009.

The Islamic State claimed the attacks, but the government blamed local Islamist extremist group National Thawheed Jamaath (NTJ) for the bombings which killed 258 people, including 11 Indians. 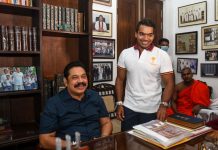 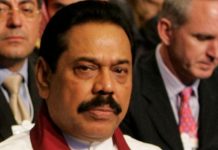 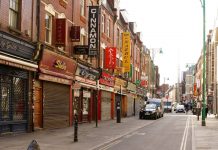