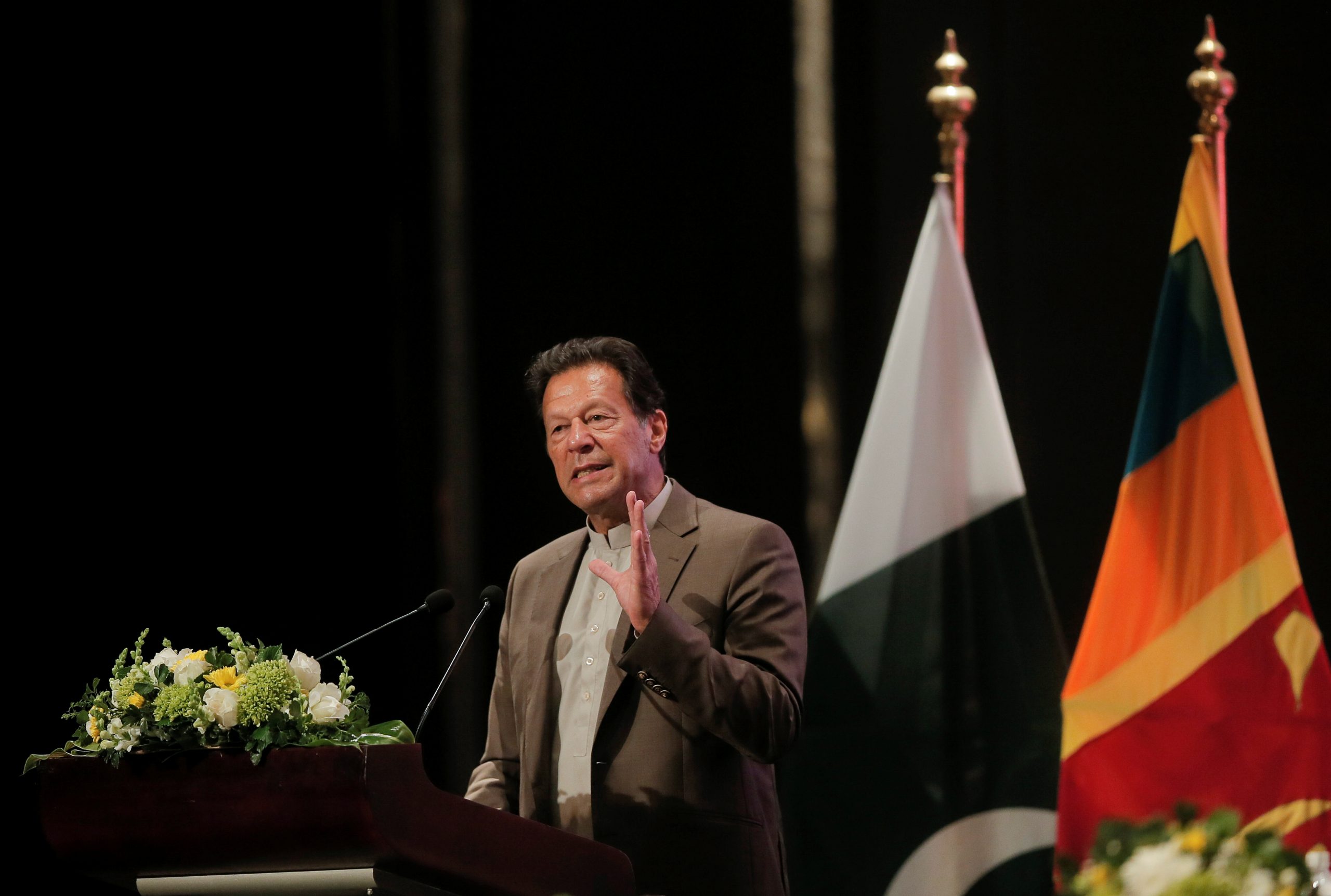 PAKISTAN’S top court could rule on Thursday (7) on prime minister Imran Khan’s move to block an opposition attempt to oust him, a step his critics say is unconstitutional and has touched off political turmoil.

Khan, a former cricket star, lost his parliamentary majority last week and had faced a no-confidence vote tabled by the opposition that he was expected to lose on Sunday (3).

But the deputy speaker of parliament, a member of Khan’s party, threw out the motion, ruling it was part of a foreign conspiracy and unconstitutional. Khan then dissolved parliament.

The stand-off has thrown the country of 220 million people into a full-blown constitutional crisis.

The opposition has challenged the decision to block the vote in the Supreme Court. On Wednesday (6), lawyers for Khan’s Pakistan Tehreek-e-Insaf party launched their defence.

Ali Zafar, a lawyer for president Arif Alvi who is a party ally of Khan, said the court should not involve itself in parliamentary procedure.

“My humble submission would be that if your lordships start monitoring parliamentary affairs, there would be no end to that,” he told the panel of five judges.

The Supreme Court will reconvene around 9:30 am on Thursday (7). Chief Justice Umar Ata Bandial said on Wednesday (6) he wanted to wrap up the hearings. “Let’s start early from tomorrow to conclude the case,” he said.

The court could order parliament to be reconstituted, call for fresh elections, or bar Khan from power if he is found to have violated the constitution.

It could also decide if it cannot intervene in parliamentary affairs.

Pakistan’s military is facing growing calls from the opposition to weigh in on the legitimacy of Khan’s complaints about a foreign plot against him, which he said was being orchestrated by the United States.

Khan, like many Pakistanis, criticised the 20-year-long US intervention in neighbouring Afghanistan, which came to an end in August last year with the withdrawal of US-led foreign forces and the return of the Islamist Taliban to power.

A senior opposition leader, Maryam Nawaz, said the military should publicly clarify whether it had told a top-level security meeting that the United States had conspired with the opposition to topple his government, as Khan has said it did.

“Imran Khan has used the National Security Committee for his political gains,” she said late on Tuesday.

An official with knowledge of the matter, who declined to be identified, said security agencies had found no credible evidence to confirm Khan’s complaint of a conspiracy.

The Pakistan military’s public relations wing and Khan’s former information minister, Fawad Chaudhry, did not respond to requests for comment on the matter.

The military has stepped in to remove civilian governments and take over on three occasions, citing the need to end political uncertainty, though the current military command says it is not involved in politics or in the current situation.