Naseeruddin Shah might be discharged from the hospital on Friday 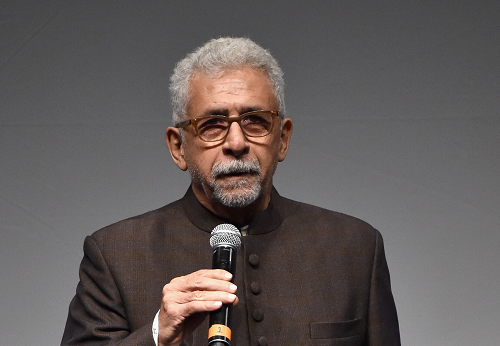 On Tuesday, veteran actor Naseeruddin Shah was admitted to the hospital as he was diagnosed with pneumonia. His wife and actress Ratna Pathak Shah had told PTI that he has a small patch of pneumonia, and the actor is undergoing a treatment for it.

She had said, “Yes (he has a) small patch and all under control. (He is) Responding well to treatment so hope he’ll be discharged soon.”

On Thursday, Naseeruddin Shah’s secretary Jairaj told PTI, “He is doing well. He might be discharged tomorrow.”

Shah has been in the industry for more than four decades. He has featured in some amazing films like Sparsh, Jaane Bhi Do Yaaro, Masoom, Mirch Masala, Karma, Tridev, Chamatkar, Sir, Sarfarosh, Maqbool, Iqbal, The Dirty Picture, Ishqiya, 7 Khoon Maaf, and others.

He was last seen in Ramprasad Ki Tehrvi which released earlier this year. The veteran actor also made his digital debut in 2020 with Amazon Prime Video’s series Bandish Bandits.

Shah is admitted to Hinduja Hospital, Khar, Mumbai. Veteran actor Dilip Kumar has also been admitted to the same hospital due to breathlessness.