Nadal is the best despite injuries. 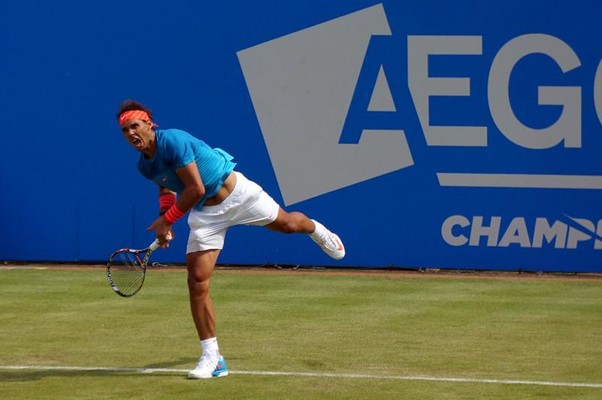 Rafa Nadal has just won his 22nd Grand Slam, becoming one of the best tennis players in history and the absolute winner of Roland Garros. But every year he battles against hellish pains that almost have left him out of achieving such a milestone.

At Wimbledon, he suffered and stated that he almost could not continue in several matches, but his mentality is superior, and he fights hard to end up winning. His physical power is impressive, but his body is getting more and more affected every day.

Regardless of how he may finish his Wimbledon participation, it is a good idea to enter Betway India to bet on the Spaniard and what he can do for the rest of the season. There you can enter a stake, not only on tennis but also the sport of your choice, safely and securely and with the highest odds.

In almost 20 years of his career, he has had approximately 23 serious injuries that have threatened the Spanish tennis player’s adventure.

His first affectation was in 2003 when a cracked elbow that caused him to miss Roland Garros. It was the beginning of his career and although it affected his morale, he knew that in the end, it would help him overcome the injury that made him stronger.

In 2004, just as he was getting into a pretty good rhythm, he missed Roland Garros again, this time with a foot injury. He was starting to worry because he already had several chronic ailments that the doctors could not explain.

The following year was magical for Mallacorí. He won his first Slam and hung 10 titles in his personal museum, he was becoming an invincible force, but the pain did not end, that’s when he was detected with the Muller-Weiss syndrome, which gave an explanation for the injuries but put at risk everything planned for his future.

Explained in crude terms to avoid an unintelligible scientific explanation, it is basically a lack of blood supply to the muscles, and the overwork to which the player is subjected causes small tears that become very painful and if left untreated can be much more serious.

Obviously, this made Rafa change the way he trained and even the way he ate. He had to make a total change in his daily routine if he wanted to compete at the highest level.

The Spaniard managed to change everything and became stronger, but the injuries did not stop. It is complicated to stop the problem that almost retired him at the age of 19. Rafa knew the injuries would not leave him alone, and yet he has pushed his body to the limit.

There isn’t a year in which the tennis player doesn’t have a serious setback. He always ends up missing a tournament because he is undergoing rehabilitation or recovery, but when he returns to play, he ends up winning something.

One of the most painful for the Spaniard was in 2012 when he ruptured a tendon on his knee at Wimbledon and was out for eight months. This year, Nadal was at an impressive level and was hoping to play in the Olympics to give Spain the gold medal. What’s more, the Spanish Olympic Committee had chosen him as flag bearer because they considered that he would be the standard of an entire country and could get the gold medal. A very complicated year that could not be.

There is no part of the Spaniard’s body that has not had an injury, and yet he comes back to win. His pain threshold is very high, and he has played important matches, like in 2014 at the Australian Open.

Rafa was warming up before the final against Stan Wawrinka, at that moment he felt something was wrong and his back started to hurt a lot. He could have retired because the pain was impressive, but he decided to play. Nadal gave a great match that went to 5 sets, but could not win. If he had been healthy, surely the result would have been different.

The age does matter

The Spaniard’s age becomes an important factor in these cases. He is 36 years old, and the recovery time for any serious injury increases. Besides, the more time he spends away from the court, the more difficult it becomes for him to reach the same level of demand as younger players.

This year, he has suffered two major injuries and has played almost on crutches. This has not prevented his competitiveness from dropping. He won the French Open, his favourite tournament, and the Australian Open. His level is still very high, and his experience and reading of the game helps him a lot to avoid physical stress that sometimes takes its toll on him.

In Indian Wells, he had problems with a rib during the semifinals, and obviously, his performance declined, and he ended up missing the Monte Carlo tournament. An open he has won 11 times.

In Rome, his left foot kept bothering him, and he lost his Italian title when he was defeated in the third round by Denis Shapovalov.

For Wimbledon, he is playing a very good form, but he has been affected, it is known that his left foot is not at 100% and that sooner or later it can play a dirty trick on him. If there is one thing the Spaniard has, it’s his competitive spirit, and he will surely play through the pain and go far on the English courts.

All that remains is to ask: How far will Nadal’s physique take him? Will he play for more years?

In many sports, it has been seen that older players remain competitive and even end up as champions. Tom Brady, Zlatan Ibrahimović, Cristiano Ronaldo, Benzema. The list is long.

Advances in sports science, and the way they eat, train and take care of their bodies have changed and guarantee athletes many more years at the top of their careers. But the pain remains the same. Will Rafa last more years in pain? Because we are sure that mentally he wants to keep winning titles. Without a doubt, Nadal is one of the greatest tennis players the world has ever seen.