‘Most significant’ shipwreck since Mary Rose found off UK coast 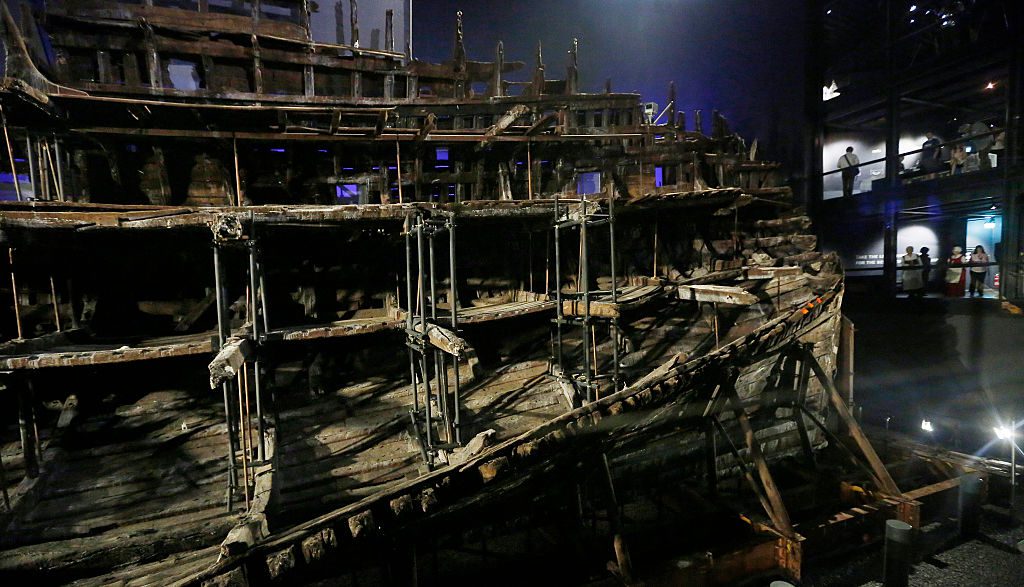 A British warship that sank in 1682 while carrying a future king has been located off eastern England, in a find described as the “most significant historic maritime discovery since the raising of the Mary Rose in 1982”.

The announcement follows 15 years of secret verification work due to the need to protect the wreck.

The Gloucester had lain half-buried on the seabed undetected until brothers Julian and Lincoln Barnwell and friend James Little discovered it in 2007 after a four-year search of the Norfolk coastline.

The Royal Navy vessel was carrying the future King of England, James Stuart — then the Duke of York — when it ran aground on a sandbank on May 6, 1682.

It sank following a dispute between the future King James II of England, a former Lord High Admiral, and the pilot for control over the ship’s course as it navigated the treacherous Norfolk sandbanks.

University of East Anglia maritime history expert Claire Jowitt noted that the age and prestige of the ship, the condition of the wreck, the finds already rescued, and the accident’s political context all contributed to the importance of the find.

Hundreds of the crew and passengers perished, but Stuart barely survived, having delayed abandoning ship until the last minute.

“Because of the circumstances of its sinking, this can be claimed as the single most significant historic maritime discovery since the raising of the Mary Rose in 1982,” Jowitt added.

The Mary Rose, one of Henry VIII’s warships which sank in 1545, was salvaged in 1982 in a feat of maritime archaeology that provided a wealth of detail about life in Tudor times.

Following years of painstaking work, it was finally raised 40 years ago in a spectacular operation watched live by millions on television.

Around a third of the wooden warship, which was almost completely buried under the sea bed, had survived, the exposed parts having eroded away.

“The Gloucester represents an important ‘almost’ moment in British political history: a royal shipwreck causing the very near-death of the Catholic heir to the Protestant throne at a time of great political and religious tension,” the university added.

An exhibition is planned for 2023 at Norwich Castle Museum & Art Gallery which will feature objects found in the wreck, including the bell that helped identify the ship.