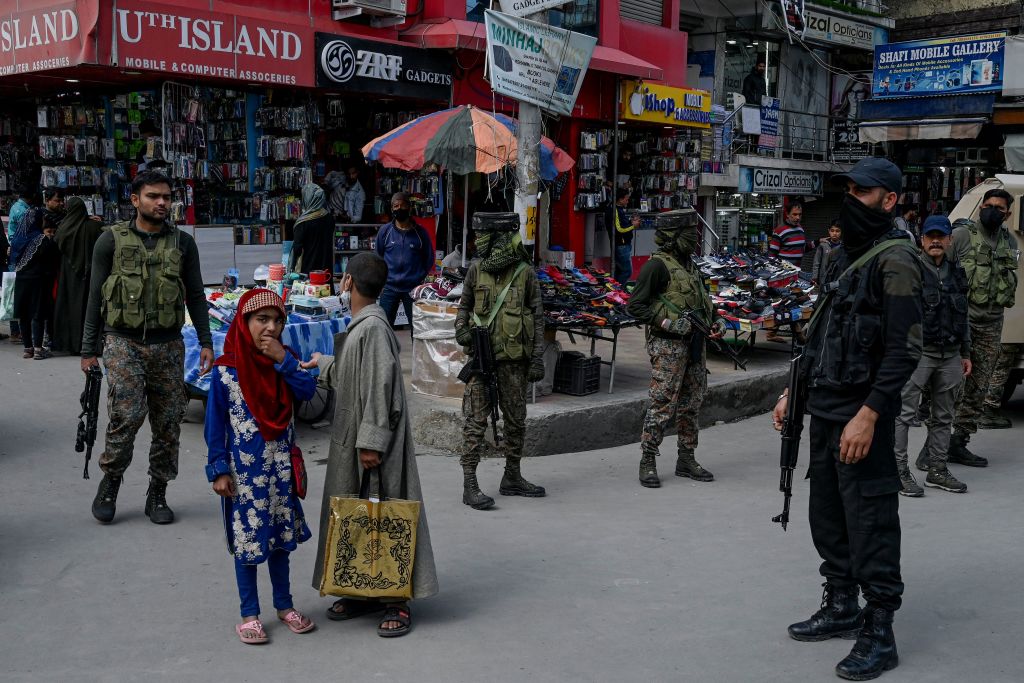 INDIA’s prime minister will on Sunday (24) hold his first public event in the disputed territory of Jammu and Kashmir since New Delhi imposed a sweeping security clampdown there more than two years ago.

Narendra Modi’s Hindu nationalist government has sought to quell a long-running insurgency in Indian-administered Kashmir and buttress its hold over the Muslim-majority region, which is claimed by neighbouring Pakistan and over which the countries have fought two wars.

It is the most militarised part of India, with more than half a million soldiers and paramilitaries deployed across the region.

Tight security is being put in place for Modi’s visit, but he can nonetheless expect a rousing welcome in Palli, with tens of thousands expected to welcome him at an event marshalled by his governing Bharatiya Janata Party (BJP).

The village is in Jammu, the Hindu-majority southern part of the territory, which celebrated New Delhi’s introduction of direct rule as a bulwark against Kashmir’s separatist movement.

Modi will preside over a ceremony to mark Panchayati Raj — a day that commemorates grassroots democracy, although Kashmir has been without an elected regional government since 2018, when the BJP left its ruling coalition and the New Delhi-appointed governor stepped in.

Its last chief minister was detained during the clampdown and only released more than a year later.

Modi’s government says its decision to end Kashmir’s limited autonomy was aimed at fostering lasting peace and bringing investment into the troubled region, where tens of thousands of people have been killed over the years.

The result has been a rigid security framework that has rendered public protest virtually impossible and that critics say has put a stranglehold on civic life.

Around 2,300 people, mostly politicians and activists who have campaigned against Indian rule, have been arrested under vaguely worded legislation that allows authorities to designate anyone as a terrorist and puts the burden of innocence on the accused.

Foreign journalists are barred from visiting and local reporters are often summoned by counterinsurgency police and questioned over their work, with three arrested in recent months under preventative detention laws.

“Reporting from Kashmir is now like walking and living on the razor’s edge all the time,” a journalist working for an Indian newspaper told AFP, declining to be identified for fear of government reprisals.

Police say that violence has declined since the 2019 overhaul of Kashmir’s status.

But almost 1,000 people have been killed in that time — among them soldiers, militants and civilians — and young men continue to join rebel groups that have fought Indian rule of Kashmir for more than three decades.

In an unusual instance of violence in Jammu, officials said militants on Friday (22) attacked a security forces bus with grenades in Sunjwan, in the district next to where Modi’s event will take place.

An Indian officer and two suspected rebels were killed in the ensuing firefight and nine security force personnel were injured, they added.

Most of the conflict’s violence has taken place in the mainly Muslim Kashmir valley, which according to reports is not on Modi’s weekend itinerary.

Sunday’s event will be his first formal public appearance in the region since the crackdown, although he has made informal visits to celebrate Hindu religious festivals with troops stationed along the Line of Control that is the de facto border with Pakistan.

The 2019 changes also opened land ownership, jobs and local university places in Kashmir to all Indians — privileges which had been earlier reserved for the territory’s permanent residents.

Commentators allege the move was aimed at boosting a Hindu constituency in the contested region, likening it to “settler colonialism”.

Modi’s visit was “pandering” to a population already inclined to support his agenda in the territory, historian and political commentator Siddiq Wahid said.

But, he added, “it will be hard to achieve that and deflect attention from the overarching territorial dispute”.