THE focus during the coronavi­rus crisis has been on the short­age of gowns, masks and other personal protective equipment (PPE) for frontline health workers, but the boss of one pharmaceuti­cal company said it is becoming harder getting all the raw materi­als he needs for making generic drugs such as paracetamol.

Thembalath Ramachandran is the chairman and managing di­rector of Bristol Laboratories. He described the scale of his opera­tion: “We produce around 500 different types of products. There are diabetic pa­tients, those with nerv­ous system problems like epilepsy or any other disorder and also blood pres­sure – we have several products for blood pres­sure. Also, vari­ous antibiotics.

“We focus on products com­ing out of pat­ents – before the patent ex­pires, we start working on it. On the day it expires, we launch our product as a generic as quickly as possible.”

As one of the bigger playersin pharma manufacturing, Ramachandran said: “We sell to all the big wholesalers and distributors – AAH Pharmaceuticals, Lloyds Pharmacy, Boots – and we are also supplying hundreds of products to NHS hospitals every day.”

He has one state-of-the-art plant in Luton and another in Pe­terlee, in County Durham.

Ramachandran explained that the Indian government placed an embargo on the export of the ‘API’ (Active Pharmaceutical Ingredi­ent) needed to manufacture paracetamol (al­though this was later lifted).

He fears there could be short­ages in the raw materials needed to make other drugs.

“Cost is not a question here to­day,” he told Eastern Eye. “Every­thing you import, you have to get by air. We are paying five times more air freight charges at the mo­ment compared with what it used to be before, or we have to wait several weeks to get a slot and get­ting it at a premium. All these things have become a part of our life now. At this time the prices of medicines is not affected too much, but they are likely to go up.”

Taking paracetamol to illustrate the problems he is encountering, Ramachandran explained: “We produce painkillers like paracetamol – these are giv­en as primary treatment when you have indication of fever. We produce various combinations in our plants. There could be a shortage be­cause of the embargo put on the API by the Indian government.”

This matters because “India and China are predominantly the sup­pliers of the raw materi­als for the pharmaceuti­cal industry. This has definitely affected all our operations. We have to re­duce our scale of opera­tion because of non-availabili­ty of API from time to time – and there is an abnormal delay in getting them. Even the Indian manufacturers producing those APIs in India were themselves de­pendent on various intermediates for their own production.”

There are also restrictions on the export of ready-made paracet­amol tablets from India. “In earlier times we could get a supply of paraceta­mol tablets from the Indian man­ufacturers. This (production in In­dia) has now restarted, but full-scale productivity has not resumed and so we are not able to get any stocks from our suppliers. This might take some time – we don’t know how much time it will take.”

Ramachandran tried but failed with an alternative source in America. “There is another US-based manufacturer. The order was there, but they refused to supply us. That’s the situation.”

He understands the dilemma of India’s prime minister Narendra Modi. “It is very much a concern to them because corona(virus) has been quietly spreading in India as well. So they are also concerned about the availability of the prod­ucts in their own country.”

Ramachandran also explained the difficulties he has faced with another drug that has been much in the news.

“There was discussion about a product called hydroxychloro­quine, which people claim can be one of the treatments for coronavi­rus. However, this has not been certified or established in the UK.

“We are also a producer of this product; earlier we were import­ing it from India. This is also now in short supply because we are not getting any API from India.

“It is promoted for rheumatoid arthritis; now it is being used as a medicine for coronavirus, but we don’t have established approval to say that. Many people are doing some trials, but we have no details. It is not officially published.”

This is the drug that US president Donald Trump requested from In­dia – and immediately received a positive response from Modi.

According to him, the only pos­sible solution is to get prime min­ister Boris Johnson’s government to take up the shortages with Del­hi, just as Trump did. There were reports that the president backed up his request with implied threats, though when hydroxy­chloroquine was cleared for ship­ment to the US, Trump spoke of his close friendship with Modi.

After 20 years of working in pharma in Mumbai, Ramachan­dran, whose origins are in Kerala, south India, moved to the UK and bought his first plant, Wallis Labo­ratory, in Luton in 2004. He chose Bristol Laboratories as a new name because “well, it sounds British”.

Given the problems he faces in manufacturing in Britain, why did he undertake such a risky venture in the first place?

He said: “This question is put to me by many people, ‘Why are you starting an industry when every­body is moving to India and China?’

“It is true I am struggling very much to run an industry here be­cause the overheads to run the factory are almost 10 to 12 times what it is in developing countries like India and China. Also, the minimum wages here are increas­ing every year.

“Today it is three or four times more than when I started the fac­tory in 2004.

“Also, other costs have gone up. Operating a factory and running a factory smoothly and effectively and efficiently is becoming diffi­cult day by day.”

Nevertheless, he bought a sec­ond plant, in Peterlee, in County Durham, in 2014.

At both plants, “we took over and we have made huge invest­ments, expanded the capacity and added several products.

“We are a very strong player in the cardio-vascular sphere and various other categories.

“We are also developing a lot of (new) products here in the UK.”

He described the prevailing business climate: “My factories used to be busy, but we are definitely facing challenges. A lot of people do not turn up because of fear (of the virus) and we also need to have various controls. I am working from home. In the UK we have 650 people and in Spain, (where he has a plant) 100 people. If there is any indication of sickness, we have strict controls and restrictions on entering the facility.”

Asked about the advantage of manufacturing drugs in Britain, rather than importing them from India, he said: “The plus point is that suppose there is a shortage (of a drug) we work very closely with the Department of Health (and Social Care). Whenever there is a shortage we can quickly produce and supply to them. And we can market with a couple of weeks’ time. Which may not be possible, depending on a third-world market.

“They agree to produce it, they produce it, by the time it comes in, it is not less than two months. So that’s the difference. We have giv­en this kind of help to the Depart­ment of Health several times. Irre­spective of the loss or profit we make, it is for the benefit of people and society.”

Ramachandran had a turnover of £100 million, but this has dipped. However, he hopes that by next year, he will have recovered.

As for the present situation, he said: “I have not come across any­thing like this – not in my life.” 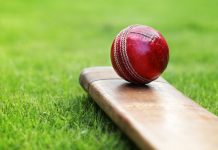 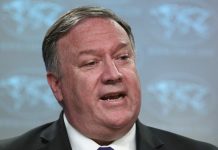 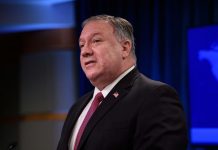