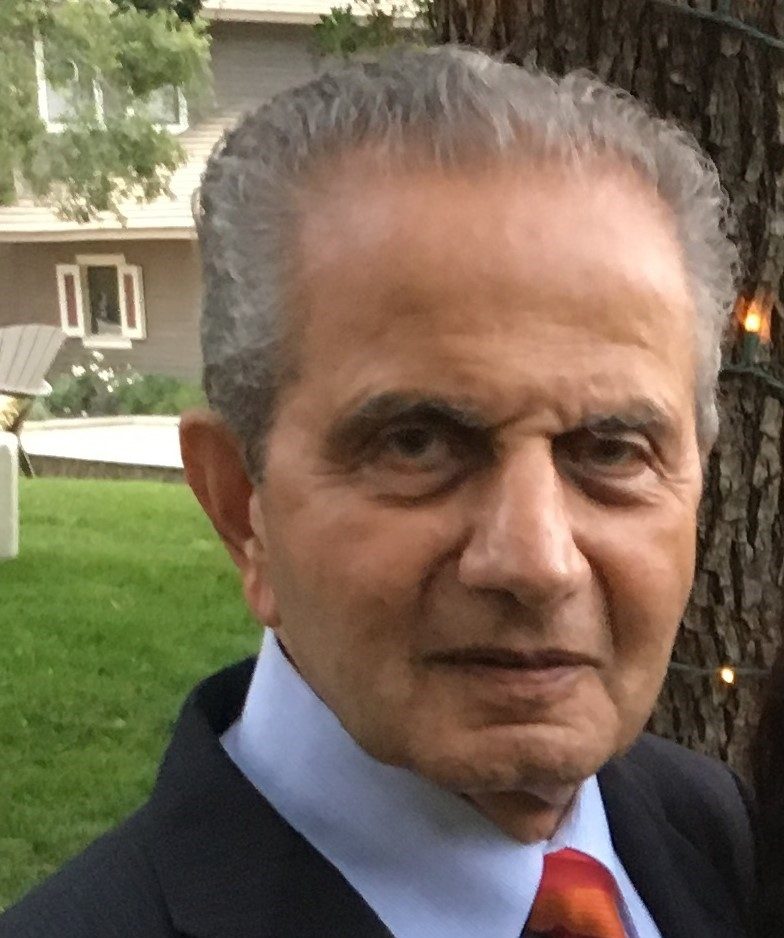 NEWLY published author Manu M Savani has shown that it is never too late to pursue a new passion or realise a dream.

The 80-year-old, born in Mombasa, Kenya, and now living in America, has just written his first book Jambo, Samji Kala. His first serious writing since a thesis at Oxford Brookes University, England, in the 1960s is the incredible true story of his father Mohanlal Kala Savani, who was one of over 32,000 migrant workers brought from British India to East Africa from the 1890s onwards.

Through detailed writing and old family photographs, he tells the story of an impoverished immigrant with rudimentary education, who landed up in Kenya in 1918 as a teenager and built up a thriving business, which included importing the first silent Indian movies to East Africa in the 1920s and building cinema chains. He charts the rise of a visionary who would go on to become a movie mogul, textile and cotton mega trader, industrialist, real estate developer and philanthropist, while also showing how settlers laid the foundations for future generations of Indians in East Africa.

Eastern Eye caught up with the southern California based writer, who himself has been an Indian film distribution pioneer in USA, to discuss his debut book and inspiring father.

Jambo, Samji Kala is a detailed account of your father’s extraordinary life. How long did it take to write the book?
I started writing my manuscript as a family diary in 2019 but then stopped collecting information and writing for over a year. During the pandemic, I started writing again in late 2020 and finished the manuscript in late 2021. I would say it took me about 18 months to write as this was not my full-time occupation.

What was the biggest challenge of writing it?
The biggest challenge was collecting data and records since no family member had ever written any diaries or collected photos. Most family members had settled abroad, and each thought the family home would have kept the photos and 8mm films. In those days, there was no video, so the family had recorded special events and occasions on 8mm films. I started searching but unfortunately, they are not found. Luckily, we found old photos, which I have included in the book.

Did you learn anything new while writing this book?
Yes, I learnt a lot about my father Mohanlal Kala Savani (popularly known as Samji Kala), his struggles and success. I also learnt the ordeals he and the other immigrants faced in a new land. He converted his ordeals into opportunities through hard work, absolute dedication, and zeal to succeed in business. In 1918, when he landed in Mombasa (Kenya) at the age of 18, he only had elementary school education and empty pockets. I also learnt that life in colonial East Africa in the early 20th century was full of many hardships for the Asian community.

What do you most admire about your father’s story?
His life’s journey. He landed in Mombasa where most people in 1918 had not even seen a photograph but he dreamt of introducing motion picture films. When he left India, he had seen the huge success of silent films made by Dada Saheb Phalke. In 1922, he succeeded in importing an Indian silent film. Along with that, he imported a portable hand cranked 35mm projector to follow his dream of introducing films and build cinemas. He succeeded. The rest is now history. What I admire most about my father’s life journey was that he remained humble all through his life.

What kind of readers are you hoping will connect with this book?
I am hoping to connect with the new generation of immigrants to any country. The life and times of Samji Kala will be an inspiration not only to future generations but all young people today. Where there is a will, there is a way.

Do you have a favourite moment or time from his journey?
Not one moment but many! He expanded into textile business in East Africa by first buying from local suppliers and then importing textile on a large scale. Eventually importing millions of yards of textile and becoming a leader in the export of raw cotton from Uganda and Tanganyika. He became a leading textile manufacturer.

How important is it to keep stories like your father’s alive?
It is important for people to know contributions the Asians did for society in East Africa. While doing business, the philanthropy and contribution done by people like Mohanlal Kala Savani are often forgotten. Before him were Asians like Allidina Visram, AM Jivanji and Saif Bin Salim and many others.

You have published your first book at the age of 80. Will you write more books?
I consider myself an accidental author as till now I had never aspired to be a writer. This book started as a family diary, which became a biography and that eventually became a book! I don’t know what the reaction will be when people read it. If you ask me this in six months, I will answer your question better. Till then, whatever will be, will be!

What books do you enjoy reading?
I am a movie buff! I read anything and everything on the movie business. Be it Hollywood or Bollywood. I have been an Indian film distributor in the USA and Canada since 1968. This is when my hobby luckily became my business.

Why should we pick up this book?
To learn an ordinary man’s extraordinary journey to reach the pinnacle of success worldwide – be it textiles, cotton, real estate development, hotels, industries, movie distribution or building of cinema chains.