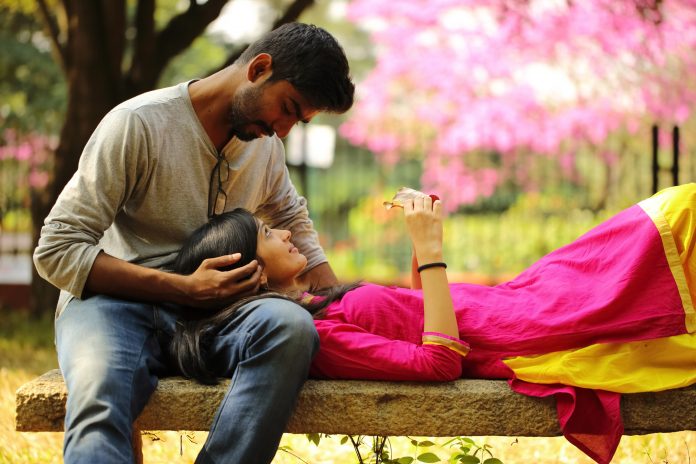 THIS week couples all over the world celebrating love and romance to mark Valentine’s Day would have met in different ways.

Many would have courted each before getting together as a couple and gone through a process that led them into a relationship. It would be one of the many rituals couples use today, which have evolved in times gone by. With that in mind, Eastern Eye looked at some old rituals across the ages and how their evolution over time led to things like swiping right on apps today.

Capture: Forced marriages have been happening since the beginning of time with earliest examples being tribes raiding villages to kidnap women into a union. With no lawmakers, forcing someone into marriage or servitude was commonplace globally. This ancient custom still happens in some places in South Asia today, where would-be grooms are even kidnapped and forced into marriage. There have been countless cases of even British citizens tricked into having forced marriages abroad.

Fighting: It is common knowledge that many animal species will have males fighting for female attention, but it also happened with humans with warriors battling it out for the eligible women, sometimes to the death. Fighting for a female often led to feuds, which have inspired many literary classics across the centuries. Even today, the practice of fighting happens, including females battling it out for men.

Buying: When currency became a way of life everything was for sale, including love, and families would sell eligible offspring to the highest bidder. Those who were buying would later get their own back when the dowry system came into play. In some parts of the world, this horrific practice remains with child brides being sold to the highest bidder.

Dressing up: In many animal species, the female will use things like bright colours to attract a male mate and this is not too dissimilar to the first social interactions between humans. Both sexes would make an effort to look more attractive for the opposite gender. This thousands-of-years-old ritual has of course stayed up until now, but in the early days they weren’t often allowed to speak to one another, so visual stimulation was the only way.

Love spells: There have been those who have searched for divine intervention since the beginning of time. One ancient Egyptian text, more than 1,300 years old, was found to contain a love spell. This would later evolve into astrology being used to match couples and that centuries-old tradition is still practiced today, with many relying on a higher power for love.

Matchmaker: It wasn’t always possible for families to find the compatible someone, which led to extended family members or friends recommending a match. This was also a perfect business opportunity for romantic entrepreneurs to charge singletons for finding the right match. There is reported evidence in ancient civilisations around the world of this happening. This single person going door-to-door trying to connect people would later evolve to apps like Tinder and Bumble, where singles have multiple choices. Those who don’t have technology still use professional matchmakers.

Letters: One of the first ways courting couples separated by distance could connect was through love letters and this perhaps explains why poetry was so popular in centuries gone by. The connection between that early letter writing can be seen with social media and WhatsApp communication courting today. Now, there is a shorter time to wait for a reply to romantically written sentiments, but more pressure for a quicker reply.

Print media: The advent of media enabled those looking for a life partner to cast their nets further and this led to matrimonial adverts in newspapers. By the early 19th century they became so popular, that some newspapers were solely dedicated to finding partners the perfect match. This would later evolve to video dating, TV shows and the online dating websites, which are popular today.

Travel: With a lot less people and noway to communicate for those who lived in villages, a common practice would be to travel to neighbouring towns or gatherings to find a life partner. From the 17th to the 19th century, British women would go to India looking for a husband, to settle down with early pioneering foreign men living there. This can be seen today with the many holiday romances between singles, who meet while travelling.

Quick communication: In the early days of couples meeting, they were not allowed to communicate with each other as it was seen as disreputable and this occurred in cultures globally. Whether it was at social gatherings or family get-togethers, prospective couples had a very short time to talk either privately or with chaperones present. Sometimes, quick signals were used, including the female using her fan in different ways. This ‘quickness’ can be seen today at speed-dating events globally where couples are given just a few minutes to chat.

Gifts: The oldest friendliest way of wooing someone was through gift-giving and over time, these romantic gifts evolved from something practical like food to material presents. In 17th century Wales, suitors spent hours carving wooden love spoons and there are many examples of such bizarre gifts. Romantic gift-giving continues today and is a multibillion-pound industry globally. If you are in a relationship and are reading this, remember that special gift for a loved one, however small.

Ajay Devgn to play a grey character in YRF’s next?