Leena Manimekalai: Kaali is queer, a free spirit that spits at patriarchy and dismantles Hindutva 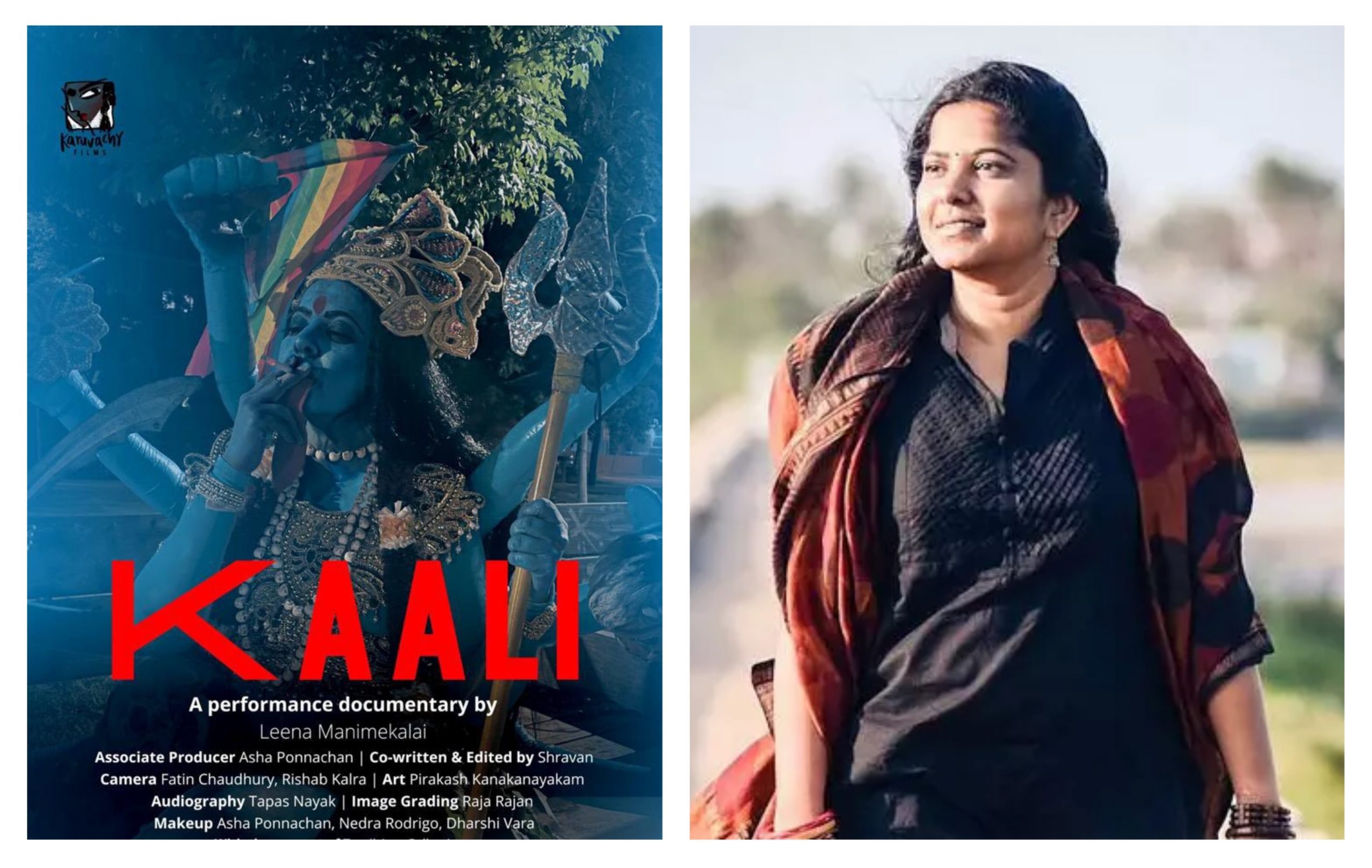 Amid the ongoing Kaali poster row in the country, filmmaker Leena Manimekalai struck another stir as she referred to Goddess Kali as ‘queer’ and called her a free spirit who spits on patriarchy.

Taking on a micro-blogging site she wrote that Kali dismantles Hindutva. “My Kaali is queer. She is a free spirit. She spits at the patriarchy. She dismantles Hindutva. She destroys capitalism. She embraces everyone with all her thousand hands, ” Leena Manimekalai tweeted.

Delhi Police on July 7 registered a case against the documentary film Kaali and its director Manimekalai for allegedly hurting religious sentiments with its poster. The Cyber Crime Unit of the Delhi Police registered an FIR under Sections 153 A (promoting enmity between groups) and 295 A (outraging religious feelings) of the Indian Penal Code (IPC).

Also, the Indian High Commission on Monday urged the Canadian authorities to withdraw the disrespectful depiction of Hindu Gods showcased as part of the ‘Under the Tent’ project at the Aga Khan Museum, Toronto.

“We urge the Canadian authorities and the event organizers to withdraw all such provocative material,” the Indian High Commission in Canada said.

The filmmaker has been accused of hurting religious sentiments after she shared a poster of her documentary ‘Kaali’ which portrays Goddess Kali smoking and holding an LGBTQ flag.

The controversy followed huge reactions across the country.

Trinamool Congress MP Mahua Moitra, who has been booked for her comment on Goddess Kali, on Wednesday dared the Bharatiya Janata Party (BJP) to prove that whatever she said is wrong.

“I do not want to live in an India where BJP’s monolithic patriarchal Brahminical view of Hinduism will prevail and the rest of us will tiptoe around religion. I will defend this till I die. File your FIRs – will see you in every court in the land,” tweeted Moitra.

“I challenge the BJP anywhere in the country to prove anything that I said is wrong,” Moitra added.

The TMC leader has been booked for allegedly hurting religious sentiments after her comment on Goddess Kali stirred a controversy.

An FIR has been registered in Bhopal against Moitra under section 295A of the Indian Penal Code (IPC) for hurting religious sentiments. She had called Kali “meat-eating” and “alcohol-accepting”.

Madhya Pradesh Chief Minister Shivraj Singh Chouhan said that Hindu religious sentiments have been hurt by Moitra’s statement and that insult to Hindu deities will not be tolerated at any cost.

Reacting to the complaints against her by the BJP leaders, the TMC MP said: “Bring it on BJP! Am a Kali worshipper. I am not afraid of anything. Not your ignoramuses. Not your goons. Not your police. And most certainly not your trolls. Truth doesn’t need backup forces.”

Soon after she made those remarks on Kali, the TMC distanced itself saying the comments were made in her personal capacity.

In a tweet, the TMC said the comments made by Mahua Moitra and her views expressed on Goddess Kali have been made in her personal capacity “and are NOT ENDORSED BY THE PARTY in ANY MANNER OR FORM”. “All India Trinamool Congress strongly condemns such comments,” the party tweeted.

Moitra’s remarks came after a controversy erupted over a poster of filmmaker Leena Manimekalai’s documentary ‘Kaali’. The poster of the film depicted a woman dressed in a costume portraying the goddess and smoking. A flag of the LGBT community is seen in the background.

Meanwhile, Congress MP Abhishek Singhvi said that people must be careful when they play with the emotions of people which are reflected in such symbols, culture and faith.

“We won’t like to comment on other parties, but I believe that balance must be maintained in symbols and essence of our faith. Heart and spirit of our culture cannot be trivialised by anybody anywhere be it elsewhere, abroad, or here,” he said.

Leader of Opposition in West Bengal Assembly and BJP leader Suvendu Adhikari said, “All of us including Sanatan people will take out a rally in Krishna Nagar against her (Mahua Moitra’s) filthy comments… If no action is taken, next week we will approach the court for police inaction. TMC is an anti-Hindu party, does appeasement politics, and supports Rohingyas.”