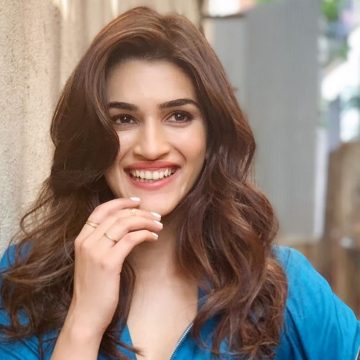 Kriti Sanon is on a roll. She started 2019 with a bang with Luka Chuppi which turned out to be a super hit at the box office.

She also has many interesting films like Arjun Patiala, Housefull 4 and Panipat in her kitty. And now, Kriti has been roped in to star in National Award-winning director Rahul Dholakia’s next. The untitled film is a thriller and will go on the floors in August this year.

The movie is being produced by Sunir Kheterpal of Azure Entertainment. Talking about the film, Sunir said, “It is a delight to package this subject with Rahul and Kriti. We will start shooting in August and the film will be readied for release in the first half of 2020. The film is in pre-production with Rahul, Kriti and the team doing a week-long workshop in end July before embarking on a start to finish schedule in August.  The core idea behind this taut thriller has excited all of us.”

The movie is set in Mumbai and it is inspired by real stories, but the makers will be fictionalizing it. It is written by Bilal Siddiqui, whose novel, The Bard of Blood is being adapted into a series for Netflix. The movie will be high on VFX and the makers have roped in a top VFX Studio from South Korea.

Kriti has starred in many genres of films, but it will be for the first time we will get to see her in a thriller. Rahul Dholakia’s last directorial was Shah Rukh Khan starrer Raees which a semi-hit at the box office and received mixed reviews.

Kriti is currently on a holiday in Maldives and her Instagram is filled with the pictures and videos from there. Check it out here…

The actress will soon start the promotions of her film Arjun Patiala which is slated to release on 26th July 2019. The movie also stars Diljit Dosanjh and Varun Sharma. The trailer of the film will be out tomorrow.