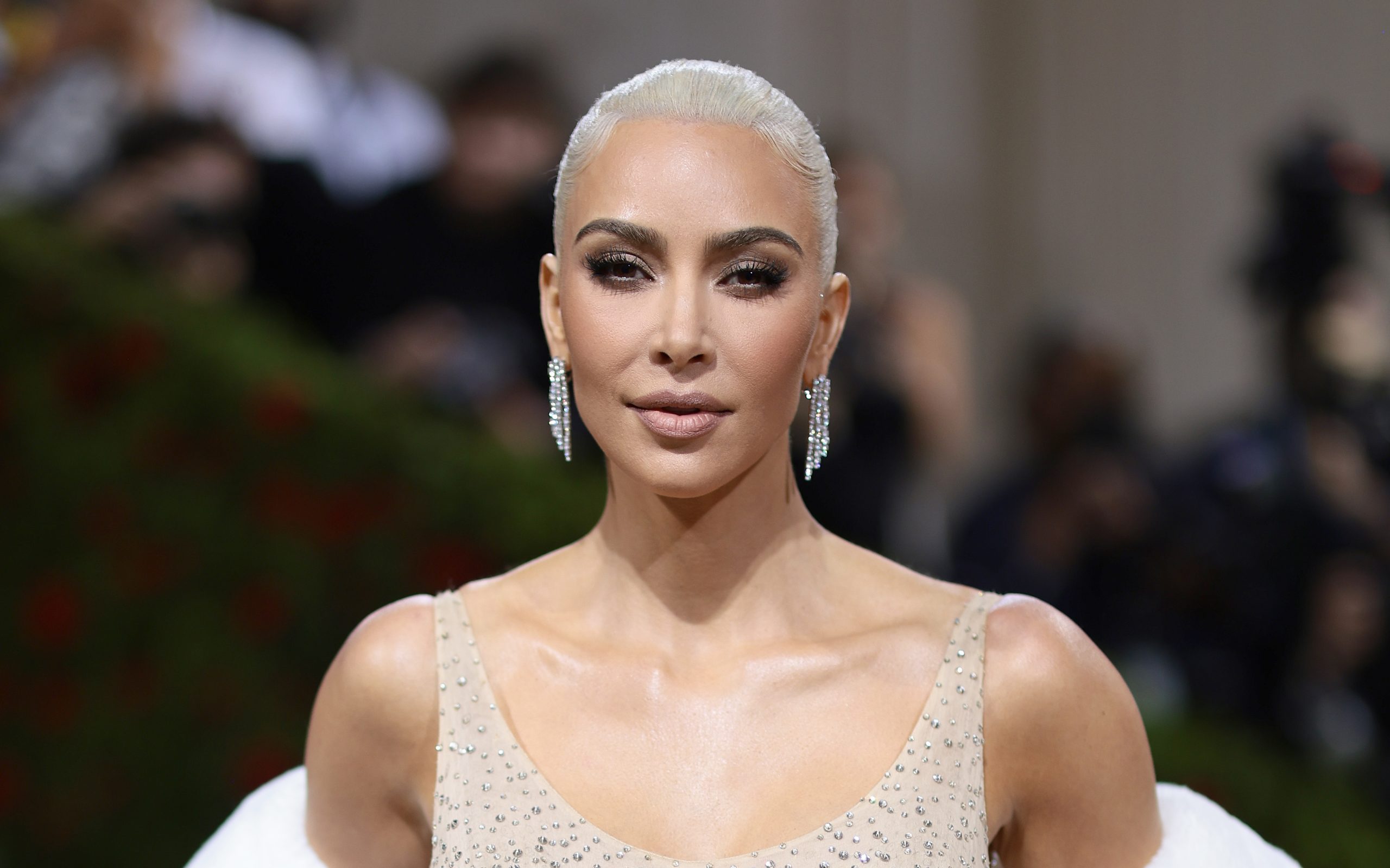 Kim Kardashian’s Marilyn Monroe moment at the MET Gala 2022 was the most talked about look of the night. Some praised the Business Mogul for the way she carried the 60-year-old heritage while some were clearly not happy and thought it was an insult to the legend. But now, The Kardashians star is under fire because it looks like she may have destroyed the piece of clothing.

According to Page Six, the 41-year-old lost 16 pounds in the weeks leading up to the event in order to fit into the historic gown, and she even changed into a duplicate once she arrived at the party’s entry since she couldn’t move freely in the original.

“I’m extremely respectful to the dress and what it means to American history,” she said ahead of the party. “I would never want to sit in it or eat in it or have any risk of any damage to it and I won’t be wearing the kind of body makeup I usually do.”

However, it appears that simply posing for photos on the red carpet with Pete Davidson who later bleached his hair platinum blond to match his girlfriend’s Marilyn-inspired tresses, she may have harmed the “world’s most expensive outfit.”

Pop Culture published side-by-side photographs of the gown from before and after Kardashian wore it at the Met on Monday. One of the snaps, especially around the dress’s back clasp, shows traces of stretched fabric and missing crystals.

“Kim should’ve never worn that dress, to begin with. I mean yes it’s nice to pay homage to Marilyn but she could’ve had a new dress made and replicated. This was a timeless and iconic artifact that’s been ruined,” one person tweeted in response.

“Leave it to Kim to destroy a historical piece of art,” another said.

A third wrote, “Congratulations to the Met Gala for showcasing a real-life example of why a conservation department like the Costume Institute is necessary for historically significant garments.”

However, a source close to Kim has denied the allegations, telling a publication that the images are ‘not accurate’ and the claims that the reality TV star had damaged the dress are ‘completely false’.

While some Monroe experts were ‘disappointed’ to see Kardashian in Monroe’s “extremely fragile” gown at the Met, Ripley’s Believe It Or Not! Museum, which loaned the gown to the star and is now displaying it at its Hollywood location, previously told the Post that precautions were taken to avoid any possible damage.

Ripley’s said in a post-gala statement, “This was no easy decision for Ripley’s, however, Kim Kardashian has continued to show the utmost respect for this opportunity and historic garment. From extensive research to following guidelines such as no body makeup, only wearing the dress for the short red-carpet appearance, and making absolutely no alterations, she has become a steward and added to its history,” as reported by Page Six.

While Ripley’s museum issued a press release right after the dress was back at the museum stating “great care was taken to preserve this piece of pop culture history”, pictures that have now surfaced on the internet seem to contradict it.