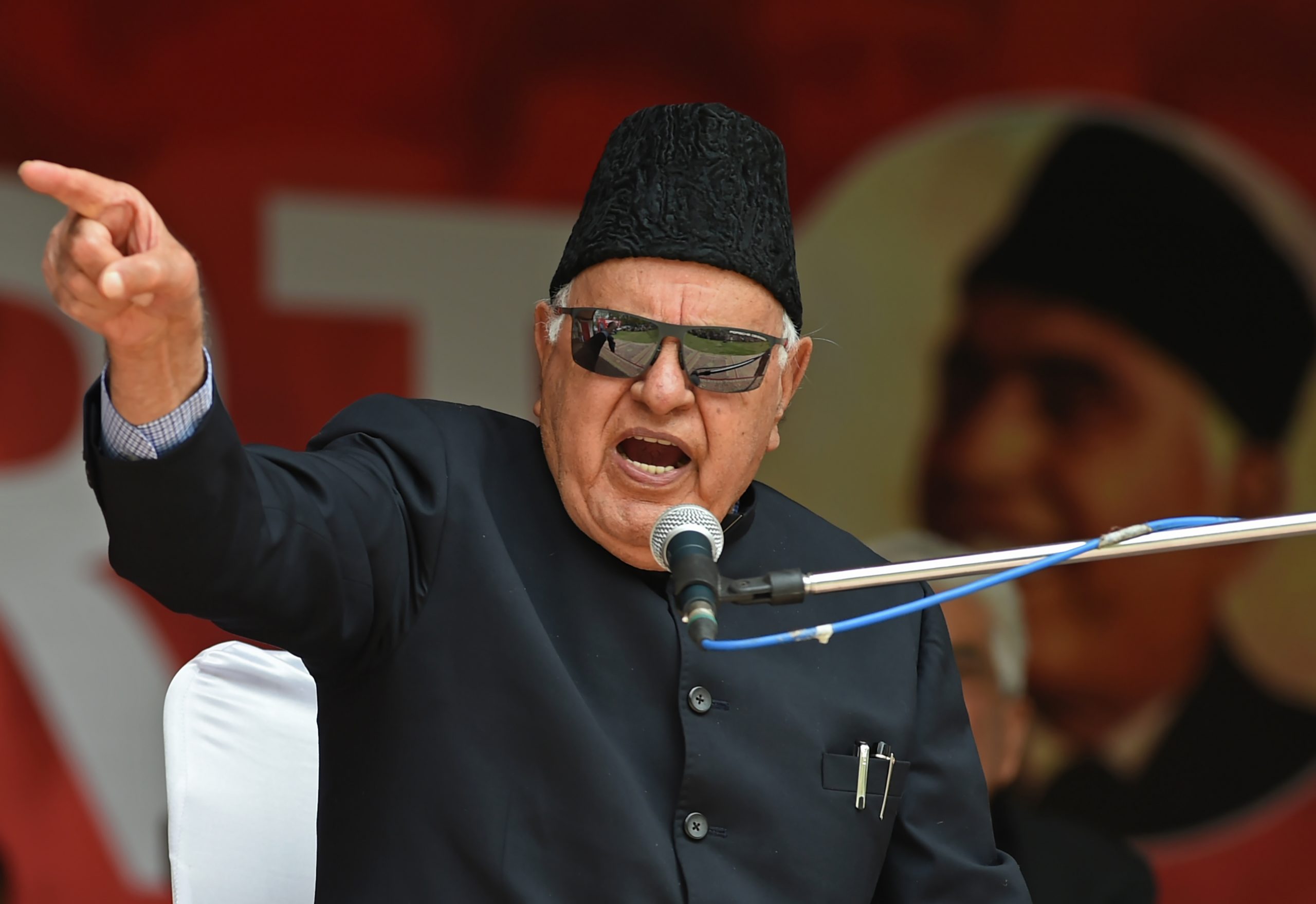 Targeted killings of civilians and the pervasive fear among the people in Kashmir belie the government’s claims of normalcy in Jammu and Kashmir, NC president Farooq Abdullah said Thursday, alleging the administration has its head in sand.

“This ostrich approach will push the situation to a point of no return,” said the former J&K chief minister, presiding over a meeting of the National Conference’s provincial committee (Kashmir) at Nawa-e-Subah in Srinagar.

Addressing the meeting, Abdullah reiterated the party’s stand to “peacefully fight for restoration of J-K’s identity and dignity” an apparent reference to J-K’s special status which was revoked by the Centre on August 5, 2019.

The NC president also expressed serious concern over the “deteriorating” security scenario in the valley leading to a series of targeted killings of innocents including members of the minority communities, the party said.

“I unequivocally condemn the brutal killing of Vijay Kumar, a Bank Manager in Kulgam. The killing spree and the pervasive fear among civilians, minorities and other soft targets gives a lie to the claims of the government that everything was Ok in Kashmir,” he said.

Abdullah, the Member of Parliament from Srinagar, said, “Our brothers and sisters are being targeted under daylight, but the government has its head in the sand.”

“This ostrich approach will push the situation to a point of no return,” he added.

“I cannot say anything,” Abdullah rued, “if this is the new face of normalcy that an employee becomes a target in a busy office, or a policeman gets killed at home.

The party’s provincial committee members echoed the sentiments of the party president and expressed concern over the security scenario in Kashmir.

All the members present in the meeting unanimously passed two resolutions condemning the spate of targeted civilian killings and ED summons to the party president, the NC said.

During the meeting, the provincial committee members deliberated on a plethora of issues concerning the party and the public in their respective areas. The members also shared their estimation of the ground situation with the party president and the vice president.

Earlier, the meeting started with paying rich tributes to Panthers Party Supremo Bhim Singh who passed away on Tuesday.