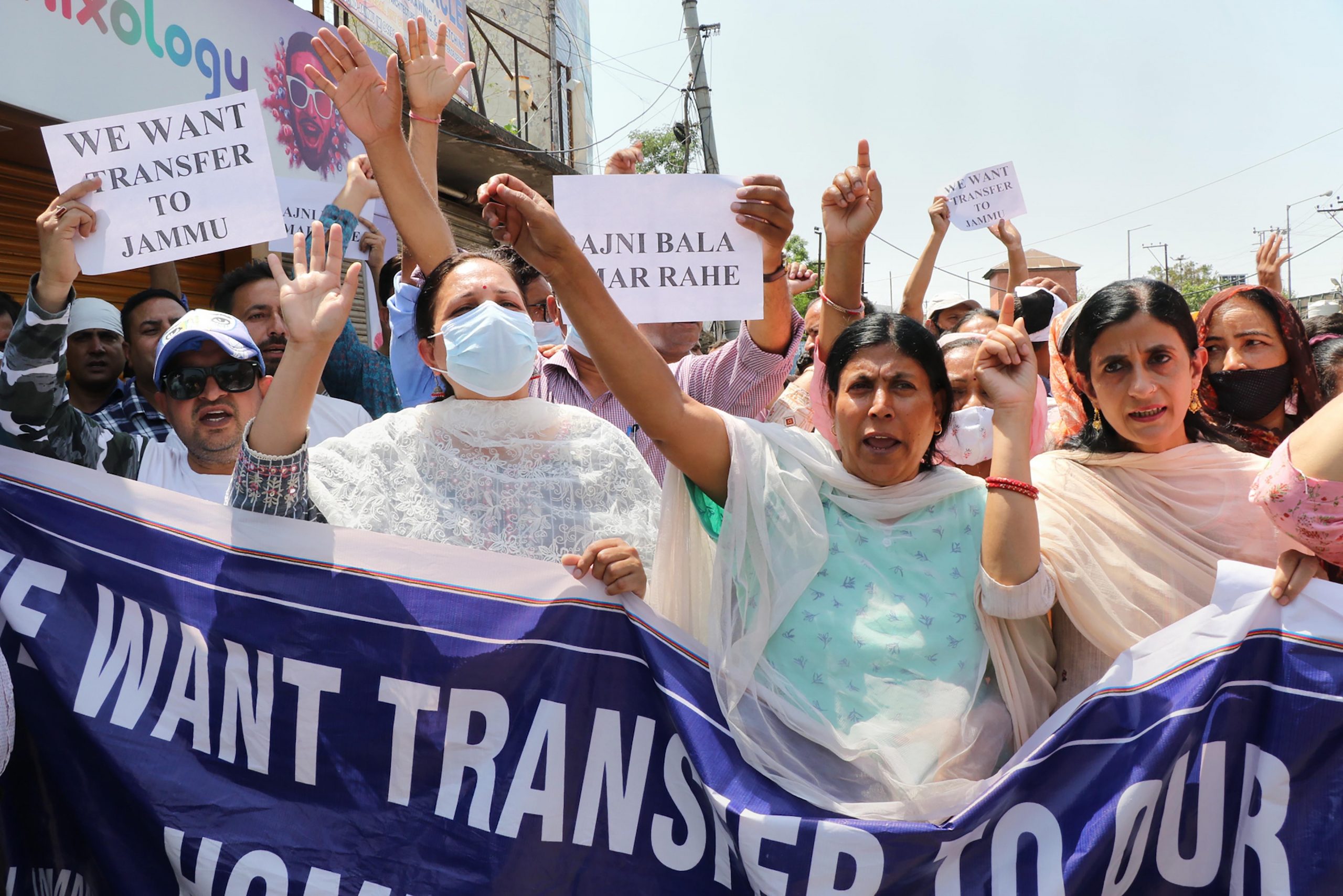 Delhi Chief Minister Arvind Kejriwal on Sunday claimed that Kashmiri Pandits were being forced to leave the Valley due to the targeted killings and demanded the Centre put forth an action plan to stop such incidents.

Addressing the Aam Aadmi Party’s ‘Jan Aakrosh Rally at Jantar Mantar in Delhi, he also hit out at Pakistan, accusing it of supporting terror activities in Kashmir.

”I want to tell Pakistan to stop petty tactics. Kashmir will always be part of India,” Kejriwal said at the rally held against targeted killings in Kashmir. He said Kashmiri Pandits were being ”forced” to leave their homes, a repeat of what happened in the 1990s.

”The BJP can’t handle Kashmir, they only know how to do dirty politics. Please don’t do politics over Kashmir,” The AAP national convener said at the rally.

He also put four demands before the BJP-led Union government.

The Centre should tell the public about its plan to tackle the situation in Kashmir, cancel the bond signed with Kashmiri Pandits that says they cannot work outside Kashmir, fulfill all their demands and provide them security, Kejriwal said.

Scores of Kashmiri Pandits, who were employed under a prime minister’s package in 2012, have been staging protests threatening mass exodus since the killing of Rahul Bhat, who was shot dead by terrorists on May 12 in the Chadoora area of Budgam district in central Kashmir.

Two persons — a bank employee and a brick kiln laborer — were killed in Kashmir on June 2 while another laborer was injured in two separate incidents.

Policeman Saifullah Qadri was shot dead outside his residence in Srinagar on May 24 while TV artist Amreen Bhat was gunned down in Budgam two days later.