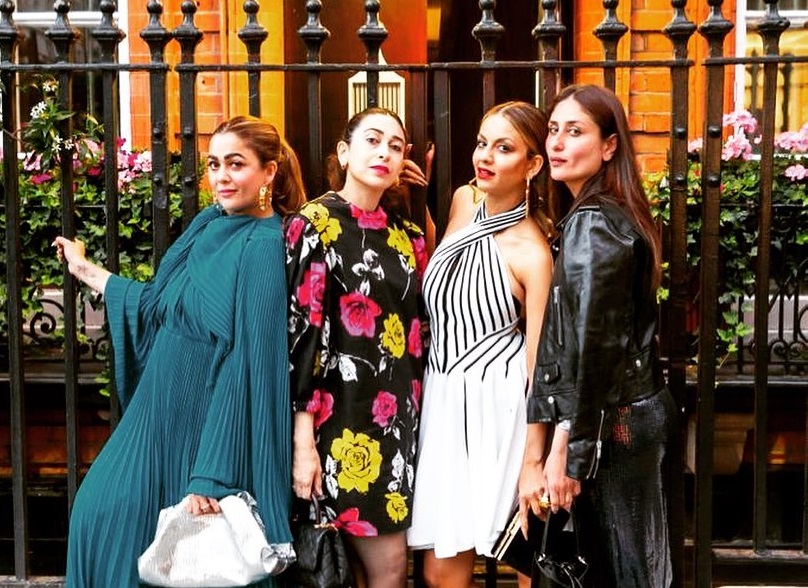 Kareena Kapoor Khan and her girl gang have dished out ‘Sex and the City’ vibes with their latest outing in London.

Taking to Instagram, Kareena dropped a stunning picture with her BFFs, which has now taken the internet by storm.

“You can’t sit with US, but you can stand and pose with US cause that’s what we love to do,” Kareena captioned the post.

The divas reminded the Internet of Carrie Bradshaw, Samantha Jones, Charlotte York, and Miranda Hobbes from the epic series ‘Sex and the City’ and Kareena too agreed with them.

Meanwhile, on the work front, Kareena Kapoor Khan will next be seen in Laal Singh Chadha opposite Aamir Khan. The film reunites the two stars after a long gap of a decade. Their last outing was Talassh: The Answer Lies Within, directed by Reema Kagti.

In addition to Kareena and Aamir, Laal Singh Chadha also features Mona Singh and Naga Chaitanya in important roles and is slated to release on August 11, 2022, after facing a delay of two years due to the coronavirus pandemic.

Kareena also recently wrapped up shooting her OTT debut project helmed by Sujoy Ghosh. The film is based on the Japanese novel The Devotion of Suspect X, which also stars Jaideep Ahlawat and Vijay Varma in the lead roles. Netflix is yet to announce the premiere date for the film.