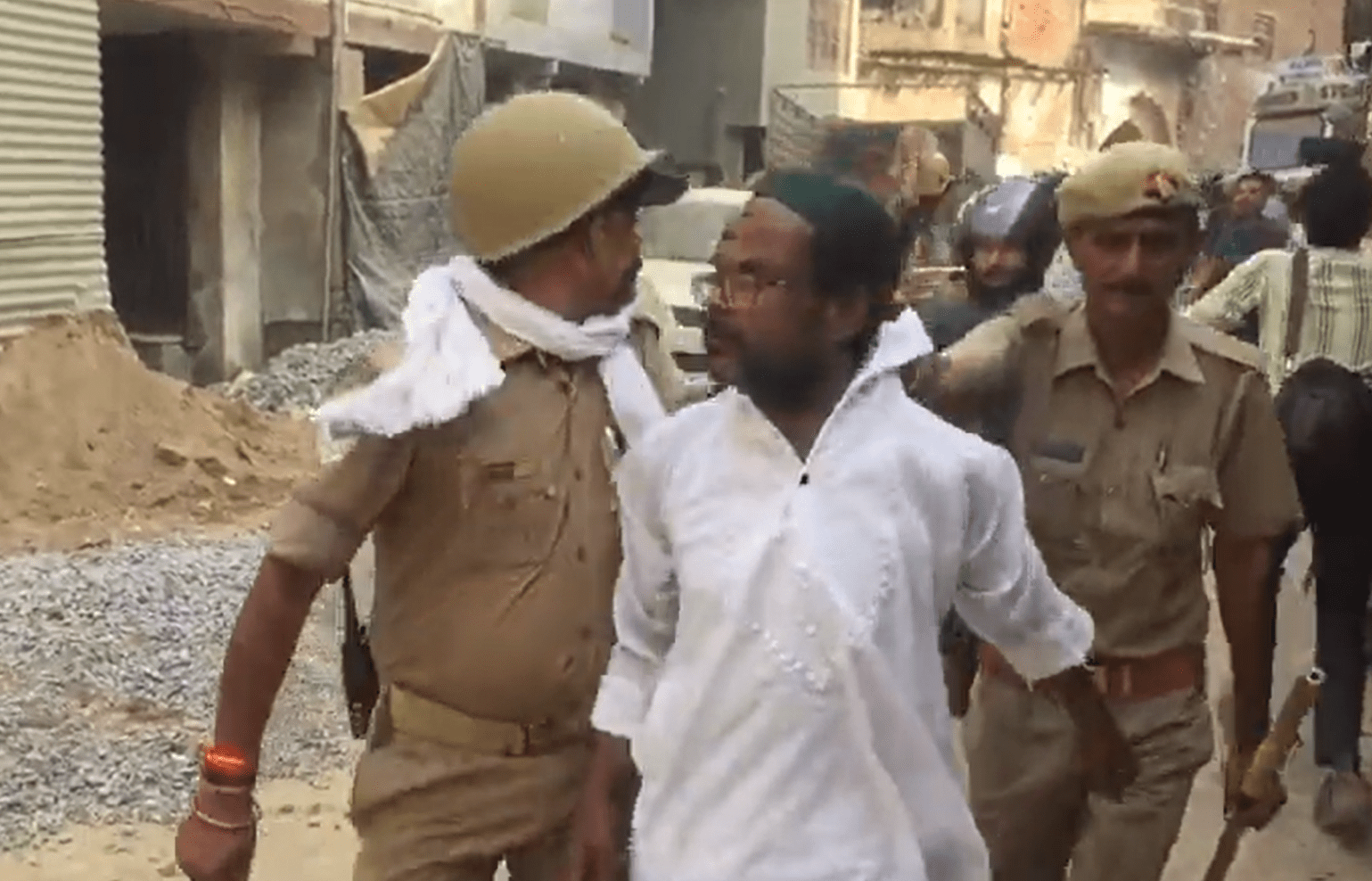 The Uttar Pradesh Police Saturday booked 500 people for rioting and violence in Kanpur that left 40 injured, official said, as an uneasy calm prevailed in the affected areas this morning. Additional Commissioner of Police (Law and order) Anand Prakash Tiwari said 18 people have been arrested so far over the Friday incident, and some others are detained for questioning.

“The area is peaceful and we are maintaining a round-the-clock vigil,” he said, adding some suspects were detained overnight by different police teams. Three FIRs over rioting and violence have been lodged against over 500 people, Tiwari said.

The violence in Kanpur broke out in Pared, Nai Sadak and Yateemkhana areas of the city after Friday namaz when some people tried to force shopkeepers to down shutters over allegedly insulting remarks made by BJP spokesperson Nupur Sharma during a TV debate recently, a senior police official had said Friday.

At least 40 people including 20 police personnel were injured during the clashes, police said on Saturday. Those who allegedly forced traders to shut shops clashed with police personnel who used batons to disperse the mob.

Additional Director General (Law and Order) Prashant Kumar has warned that those involved will be booked under the stringent Gangsters Act and their properties seized or demolished.