Kangana Ranaut unveils the trailer of her next Dhaakad 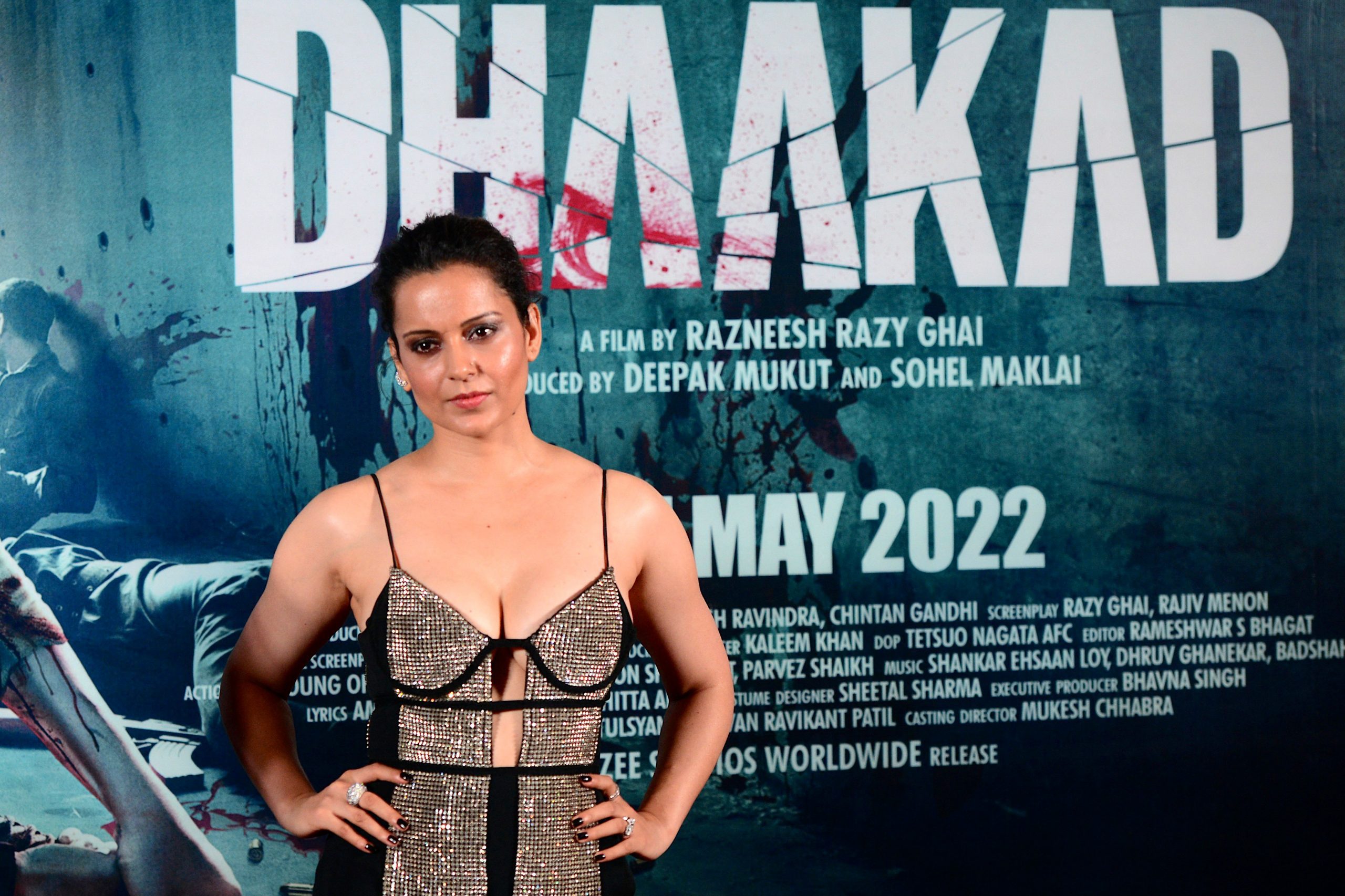 Bollywood star Kangana Ranaut on Friday unveiled the trailer of her upcoming film Dhaakad. Bankrolled by Soham Rockstar Entertainment and directed by debutant filmmaker Razneesh Ghai, the film features the four-time National Film Award-winning actress in a never-seen-before avatar of Agent Agni who stops at nothing.

The makers planned an extravagant event to launch the trailer of the film. The event saw Ranaut’s entry in a chopper at the Mahalaxmi Racecourse Grounds in Mumbai after which she drove straight to PVR Icon, Phoenix Mall in Lower Parel.

If the film’s teaser broke the internet, the trailer only ups the ante and the audience can expect a homegrown action flick that matches the standards set by international movies. While Kangana’s performance anchors the film, its strong ensemble, comprising Arjun Rampal and Divya Dutta, Saswata Chatterjee among others, makes the film soar to greater heights.

Kangana Ranaut said, “It has been a long-standing dream of mine to take up challenging parts and be part of movies that change the norm. Dhaakad is one such film. I enjoyed playing Agent Agni who stops at nothing. Dhaakad is a genre defining film and we’ve worked very hard to create something that lived up to the dream that we had envisioned. Agent Agni is a force of nature and embodies the strength within us and the film is a celebration of grit and power.”

Director Razneesh Ghai said, “Dhaakad being my first film will always be close to my heart. Kangana is the new brooding action hero. Her understanding of a screenplay is simply outstanding. She has aced all the intricately choreographed action sequences with perfection. It has been an absolute pleasure to work with her and watch her effortlessly pull off this demanding role. She is an acting powerhouse. Arjun, my brother, has brought his invaluable experience to Rudhraveer’s role. His character, vibrates with an infectious energy that only an actor of his calibre could have brought to the table. He has also pushed the bar with his looks and style for Dhaakad which will catch everyone’s attention. Divya’s commanding performance is remarkable. She gets into the skin of the character and has nailed every detail of it – the accent, the lingo, the body language to really transform herself. She is an absolute blast in this movie.”

Producer Deepak Mukut added, “Dhaakad is a labour of love. The subject of the film is very close to my heart and I wanted to ensure that the action thriller has an important message at its core. With Kangana Ranaut fronting our film, and Arjun Rampal and Divya Dutta providing some impeccable performances, we are excited for the audience to view this action bonanza when it hits the theatres. The audience is in for a treat with Dhaakad and we are sure that the film will set new benchmarks in Indian cinema.”

Producer Sohel Maklai said, “We are proud to have made a film like Dhaakad which is a bona fide action entertainer. The film has been mounted on a large scale as the script demanded this treatment. Kangana Ranaut has surpassed our expectations and has performed exceptionally well as Agent Agni who is on a mission. Indian cinema has not seen action sequences which have been created for this film. We are very happy with the end product and can’t wait for the audience to watch the film.”

Soham Rockstar Entertainment presents Dhaakad which is produced by Deepak Mukut and Sohel Maklai and co-produced by Hunar Mukut. It’s a ZEE Studios Worldwide release on May 20, 2022.