Johnson to urge Modi to back Western action against Russia 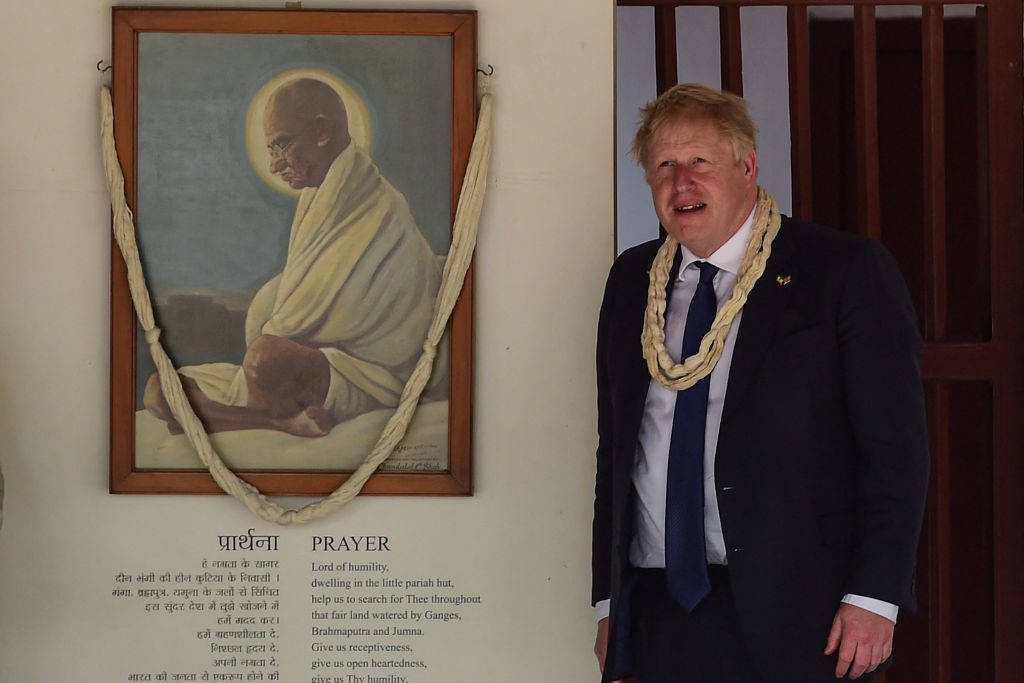 Johnson arrived in Gujarat — Modi’s home state and the ancestral home to half of the United Kingdom’s British Indians — where he is meeting business leaders and taking a cultural tour of the historic Ahmedabad city.

He will leave for New Delhi to meet his Indian counterpart on Friday (22), providing Johnson some respite from the “partygate” controversy over his criminal violation of pandemic lockdown rules.

Johnson will miss a parliamentary vote on Thursday into whether he deliberately misled the House of Commons in previously denying any Downing Street rule-breaking — normally a resigning matter.

The India trip has been twice postponed because of Covid flare-ups in each country, and was briefly in doubt again this week when the vote was announced, with opposition leaders insisting Johnson stand down.

But UK sources said it was seen as too important to put off again. Downing Street said it would seal two-way investment deals worth more than £1 billion, creating almost 11,000 jobs in Britain.

The visit will “deepen the strategic trade, defence and people-to-people ties between our two countries”, Johnson told parliament before flying out of London.

Johnson’s visit began with a trip to Sabarmati ashram, once the home of independence hero Mahatma Gandhi, where he was invited to sit cross-legged and work a wooden spinning wheel.

The tool was once vital to the local textile industry and championed by Gandhi as a symbol of resistance to Britain’s colonial rule of India.

‘No lecture on Russia’

Downing Street said the visit would yield new partnerships on defence, artificial intelligence and green energy, along with investment deals in areas including robotics, electric vehicles and satellite launches.

“Our powerhouse partnership is delivering jobs, growth and opportunities for our people, and it will only go from strength to strength in the coming years,” Johnson added in a statement.

However, London acknowledges that it is some way off clinching a post-Brexit trade deal with Modi’s government, which wants more visas for Indians to work or study in the UK.

India meanwhile has refused openly to condemn the Kremlin for its invasion of Ukraine, reliant as it is on Russian imports of energy, agricultural goods and military hardware.

Foreign Ssecretary Liz Truss came away from New Delhi empty-handed last month when she pressed the Indians to do more against Russia, and Modi has also given short shrift to appeals from US president Joe Biden.

Johnson’s spokesman told reporters that Ukraine would feature in summit talks on Friday. But he said the intention was not to “lecture” Modi but to “broaden the (Western) coalition”.

Johnson will tout the benefits of India moving more quickly towards renewable energy, the spokesman said, although he was unable to say how the UK could help achieve that in the near term as Russia launches a new offensive in Ukraine.

Downing Street also denies that, given the war’s impact on energy supplies, it is soft-pedalling its commitment to net zero carbon emissions -– after India joined with China to torpedo a stronger accord at the COP26 climate summit held in Scotland last year.

The UK also has a sizeable Sikh community, and its leaders have been demanding that Johnson raise the case of Scotsman Jagtar Singh Johal, who has been detained without trial in India for more than four years.