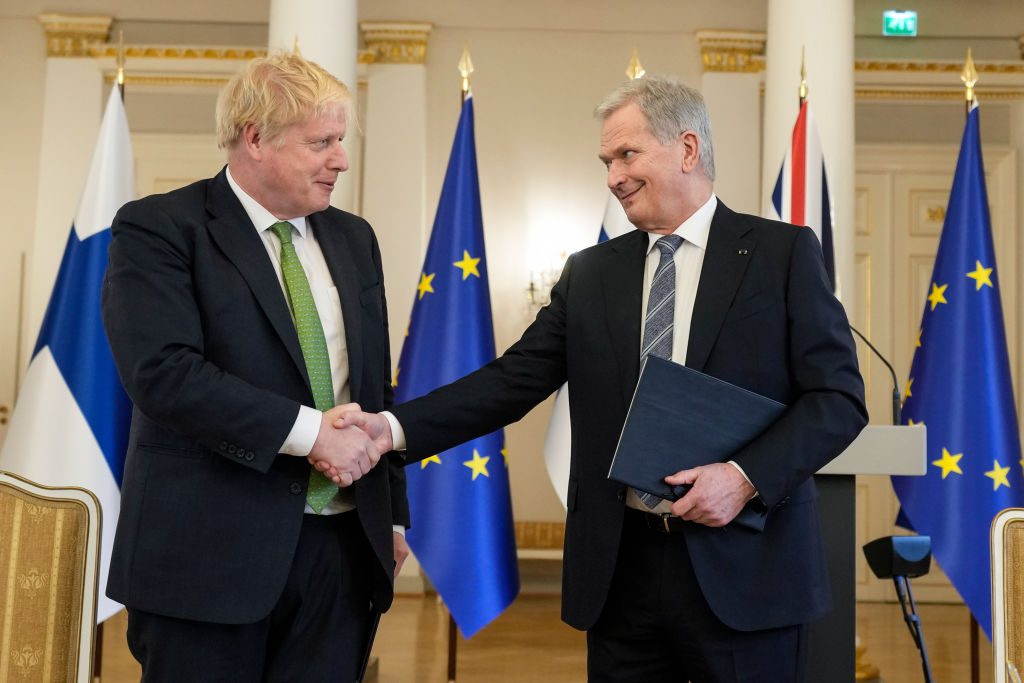 BRITISH prime minister Boris Johnson said he had agreed new deals with Sweden and Finland to bolster European security, pledging to support both countries’ armed forces should they come under attack.

Johnson on Wednesday (11) signed the new declarations, described by Britain as “a step-change in defence and security cooperation”, during visits to both Sweden and Finland.

Russia’s invasion of Ukraine has forced a rethink of how Sweden – and neighbour Finland – safeguard national security.

Both are expected to join NATO, but both are worried they would be vulnerable while their applications are processed, which could take up to a year.

Asked if Finland would be provoking Russia by joining NATO, Finnish president Sauli Niinisto said Russian president Vladimir Putin would be to blame for any decision to join the military alliance.

“My response would be that you caused this. Look at the mirror,” Niinisto said.

Sweden has also received assurances of support from the US and Germany.

Speaking earlier alongside the Swedish prime minister Magdalena Andersson, Johnson said: “The war in Ukraine is forcing us all to make difficult decisions. But sovereign nations must be free to make those decisions without fear or influence or threat of retaliation.”

Johnson said the nature of any assistance will “depend on the request of the other party”. But he said NATO was a defensive alliance.

“NATO poses no threat to anyone. It is there for the purposes of mutual defence,” he said at the news conference in Helsinki.