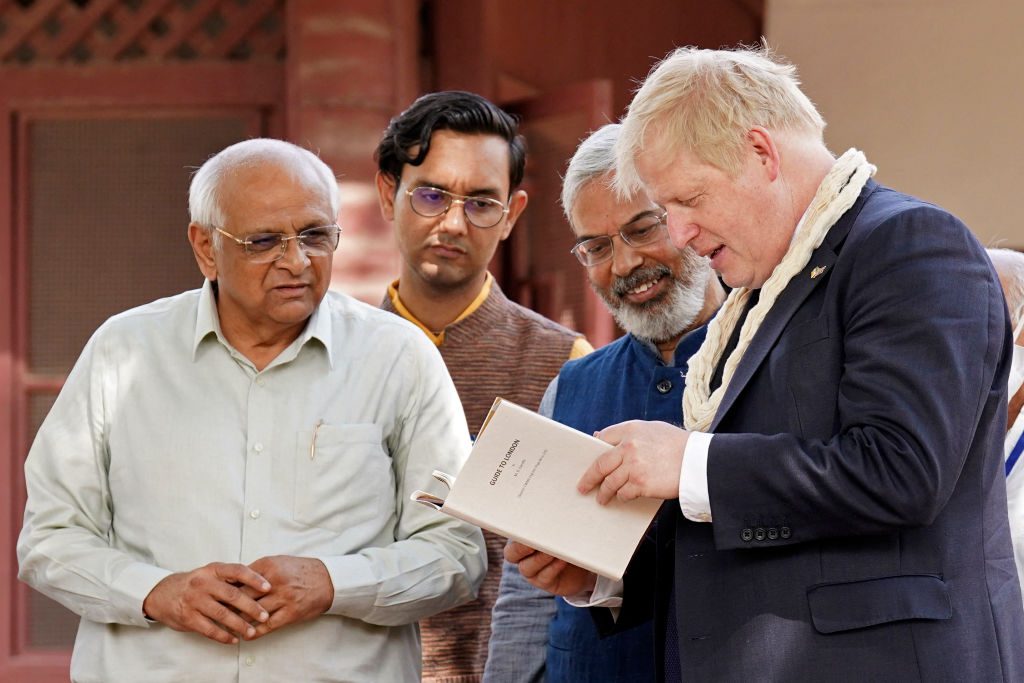 UK prime minister Boris Johnson on Thursday (21) expressed his amazement at the simple principles of truth and non-violence advocated by Mahatma Gandhi that changed the world for the better.

Johnson, who landed in Ahmedabad on Thursday, visited Sabarmati Ashram. He was accompanied by Gujarat chief minister Bhupesh Patel.

“It is an immense privilege to come to the Ashram of this extraordinary man, and to understand how he mobilised such simple principles of truth and non-violence to change the world for the better,”Johnson wrote in the visitor’s book at the Ashram.

Johnson landed in Gujarat earlier today for his two-day India visit. He was accorded a grand welcome at the airport in Ahmedabad.

Johnson, during his two-day visit to India, will focus on stepping up cooperation in the Indo-Pacific, giving momentum to negotiations on Free Trade Agreement (FTA) between the two countries as well as enhancing defence ties.

Johnson will announce a slew of commercial agreements and hold bilateral discussions with a focus on the UK and India’s trade, investment and technology partnership.

The British High Commission, in a statement, said Johnson will use his visit to India to boost “our collaboration with one of the world’s fastest-growing economies, slashing trade barriers for UK businesses and driving jobs and growth at home”.