Johnson not to ‘lecture’ Modi about Russia ties during India visit 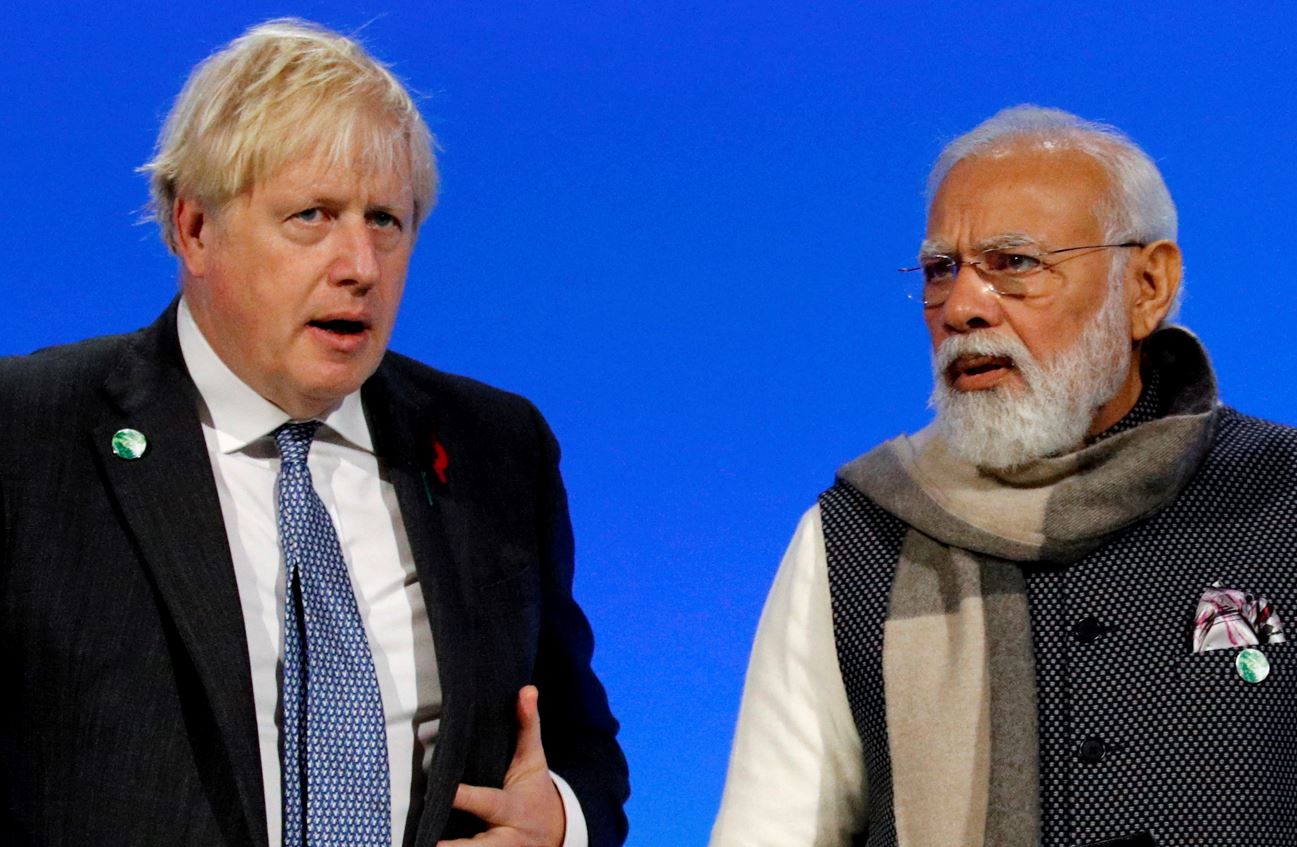 BRITISH prime minister Boris Johnson will offer to help India cut reliance on Russian oil and defence equipment when he begins a two-day visit this week that will test his diplomatic skills and provide brief respite from a row raging at home.

On his first trip to India as prime minister, starting on Thursday (21), Johnson will discuss strengthening security co-operation in meetings with prime minister Narendra Modi, a spokesperson for the British leader said.

The prime minister will not seek to “lecture” his Indian counterpart, despite concerns within government that Modi has not been strong enough in condemning Russia’s actions in Ukraine, reported The Independent.

At Tuesday’s (19) Cabinet meeting, Johnson told ministers the UK had a “deep and long-lasting partnership” with India which he would seek to expand.

“The UK would continue to work with other countries to provide alternative options for defence procurement and energy for India to diversify supply chains away from Russia”, the prime minister was quoted as saying by the newspaper.

In the wake of Russia’s invasion of Ukraine, Western allies have called for India to speak out against the war. India, which is the world’s biggest buyer of Russia’s weapons and imports its oil, abstained in a UN vote condemning the invasion and has not imposed sanctions on Moscow.

Modi has expressed concern over the killings of civilians.

US president Joe Biden told Modi earlier this month that buying more oil from Russia was not in India’s interest.

Uday Bhaskar, a director at the Society For Policy Studies in New Delhi, said the Indian government would listen carefully to Johnson’s message if it was made respectfully, but there was little Britain could do in practice to replace Russia as a strategic ally.

“The problem is Britain can’t solve India’s dependence on Russia. It doesn’t have enough oil or the right type of military equipment to sell,” Bhaskar said.

Even though India has grown closer to the West in recent years, the country still depends on Russia for more than half its supply of weapons amid a Himalayan border standoff with China and perennial tensions with Pakistan.

Johnson will arrive in India with an eye still on matters in London where he has been accused of deliberately misleading parliament about parties in Downing Street that broke his own coronavirus lockdown restrictions. He will miss a vote on Thursday (21) over whether he should be referred to a parliamentary investigation.

Johnson’s trip begins in Modi’s home state of Gujarat, where he is expected to announce investment and new collaboration in science, health and technology.The British government said this would be the first time a British prime minister has visited the sprawling coastal state famed for its spirit of entrepreneurship and the ancestral home to about half of the British-Indian population.

From there, Johnson will visit New Delhi for talks on Friday (22) with Modi, where the two leaders will discuss a new defence partnership and a free trade agreement which the two countries began discussing at the start of the year.

India’s longstanding demand for easier access to British visas for students and skilled workers in any trade talks will also prove politically difficult for the British government.

Unlike on recent British prime ministerial trips to India, there will not be a large accompanying business delegation, emphasising that the focus for this trip is around politics.