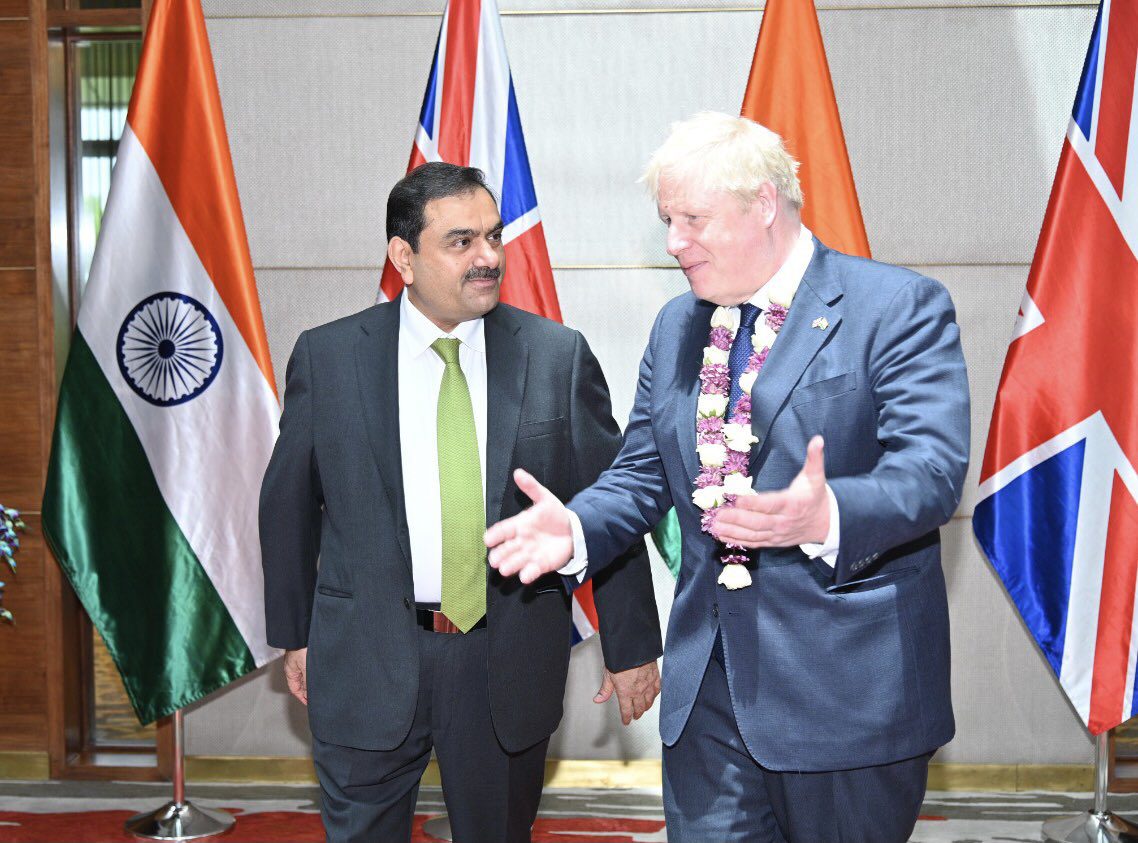 BRITISH prime minister Boris Johnson, who is on a two-day visit to India, met Adani Group chairman Gautam Adani in Ahmedabad on Thursday (21).

Johnson landed in Gujarat earlier today for his two-day India visit. He was accorded a grand welcome at the airport in Ahmedabad.

This is the first time a UK prime minister is in Gujarat, India’s fifth-largest state and the ancestral home of around half of the British-Indian population in the UK.

Early this month, Adani joined the league of the world’s top 10 richest persons.

Adani, who runs diversified businesses ranging from green energy to mining, was ranked eighth on the Bloomberg Billionaires Index, becoming the richest person in Asia. His total wealth stood at $106 billion (£81.47 bn).

Adani’s fortune has doubled since April 2021. He has become the face of big coal around the world with its Carmichael mine project in Australia.

His group also controls the port of Mundra, India’s largest, in his home state of Gujarat and he also owns 74 per cent of Mumbai international airport.

As part of Johnson’s visit, the UK and Indian businesses will confirm more than £1bn in new investments and export deals in areas from software engineering to health, creating almost 11,000 jobs across the UK, according to a statement.