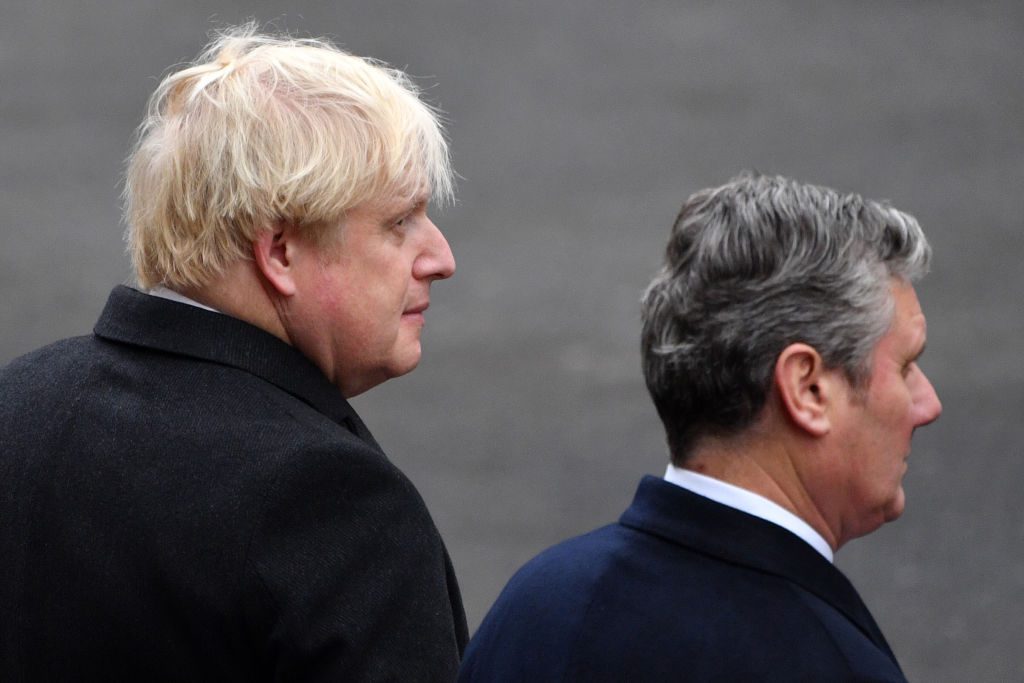 PRIME MINISTER Boris Johnson on Tuesday (19) apologised to MPs after he became the first British leader fined for breaking the law, but faced opposition calls to quit for the sake of integrity in politics.

Addressing parliament for the first time since the April 12 fine, he reiterated that he did not think he had done anything wrong when he attended an office gathering for his birthday in June 2020, when Britain was under a pandemic lockdown.

“That was my mistake and I apologise for it unreservedly,” he said.

The British public “had a right to expect better of their prime minister”, Johnson added, while insisting he would get on with the job including to defend Ukraine against Russia’s “barbaric” invasion.

Meanwhile, opposition Labour leader Keir Starmer called the prime minister “a man without shame” during furious exchanges in parliament as MPs prepared to vote on whether Johnson should be investigated for lying about the Partygate scandal.

Starmer said there was cross-party support towards Britain’s backing for Ukraine, and any Conservative successor would continue Johnson’s war policy.

He recounted the experience of one member of the public who, because of the Covid rules then in place, was denied the chance to hold his dying wife’s hand in hospital.

Johnson was “a man without shame” backed by “nodding dogs” in his cabinet, Starmer said, urging Conservative MPs to eject their leader.

They should “bring decency, honesty and integrity back into our politics and stop the denigration of this country”, the Labour leader said.

Johnson could yet receive further fines over various Downing Street parties held despite strict coronavirus lockdowns imposed by his own government over the past two years.

MPs will hold a special debate on Thursday (21) into whether he misled the House of Commons when, in December, he denied ever breaking the rules. He will be on an official visit to India by then.

Knowingly misleading parliament is a breach of government ministers’ code of conduct, which states they should resign as a result — and opposition lawmakers are adamant he should go.

But asked directly if he deliberately misled parliament, Johnson emphatically replied: “No.”

One national survey suggested around two-thirds of the public spoke negatively about Johnson, compared to just 16 per cent positively, with the word “liar” the most commonly shared response.

“Fury has not receded. Many negative comments are by people who liked him previously but have now changed their minds.”

Voters will get their chance to deliver a verdict on May 5, when the UK holds nationwide elections for local and city councils.

A drubbing for the Conservatives then could sharpen the debate among his own MPs, some of whom have said that now is not the time to change leader given the war in Ukraine.

David Wolfson, a justice minister, has already resigned from the government, citing “the scale, context and nature” of the rule breaches. Reports said that Johnson will seek support of backbenchers.

But one senior Tory backbencher, Mark Harper, responded to Johnson in the Commons that he was “no longer… worthy” of being prime minister after his apology.

London’s Metropolitan Police is investigating dozens of alleged lockdown breaches by Johnson and his staff in the Downing Street complex where he lives and works. It said last week officers had so far issued more than 50 fines.

The scandal, the latest in a stream of controversies to hit Johnson since last year, left his position hanging by a thread and MPs from his Conservative Party in a rebellious mood.

But he boosted his survival chances with what is seen as a firm response to Ukraine, which diverted attention away from the furore when he was most vulnerable in February.

Britain’s cost-of-living crisis is also credited with distracting people from the scandal, while Johnson has made several big policy announcements aimed at his pro-Brexit political base.

They include controversial plans to send migrants and asylum seekers who cross the Channel thousands of miles away to Rwanda.