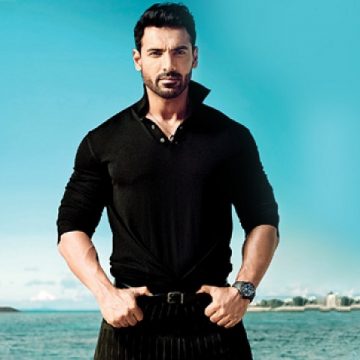 John Abraham is on the crest of a wave right now. He is busy garnering appreciation and adulation coming his way from various corners for a power-packed performance in his latest offering Batla House (2019).

Inspired by true events of the infamous Batla House encounter of 2008, the thriller had the actor in the role of ACP Sanjay Kumar who spearheaded the operation. Not only the audience but critics also showered praises on the actor for delivering an outstanding performance in the flick.

After the huge success of the Nikkhil Advani directorial at the cash counter, John is now looking forward to his next films. The beefy actor has got a lot on his plate, but he does not mind adding a few more interesting subjects to his repertoire of upcoming films.

Abraham will next be seen in filmmaker Anees Bazmee’s rib-tickling comedy Pagalpanti. Besides him, the much-awaited movie also has Anil Kapoor, Arshad Warsi, Ileana D’Cruz and Kriti Kharbanda in important roles. Apart from Pagalpanti, John also has on his plate such exciting films as 1911, Attack, Satyameva Jayate 2, Mumbai Saga and an untitled film with filmmaker Rensil D’Silva.

The actor is also rumoured to be headlining the remake of Hollywood biggie The Transporter (2002), as well as the Hindi remake of Tamil film Vedalam (2015). Reportedly, T-Series Films have procured the remake rights of the Tamil blockbuster and want John to topline it.

His incredibly long list of upcoming films makes one thing clear that John Abraham has emerged as one of the most bankable actors in Bollywood over the year. Today, he is the go-to actor when it comes to high-octane action entertainers and flicks imbued with patriotic fervour. Looking at his track record, it won’t be an exaggeration to say that John Abraham has finally arrived.