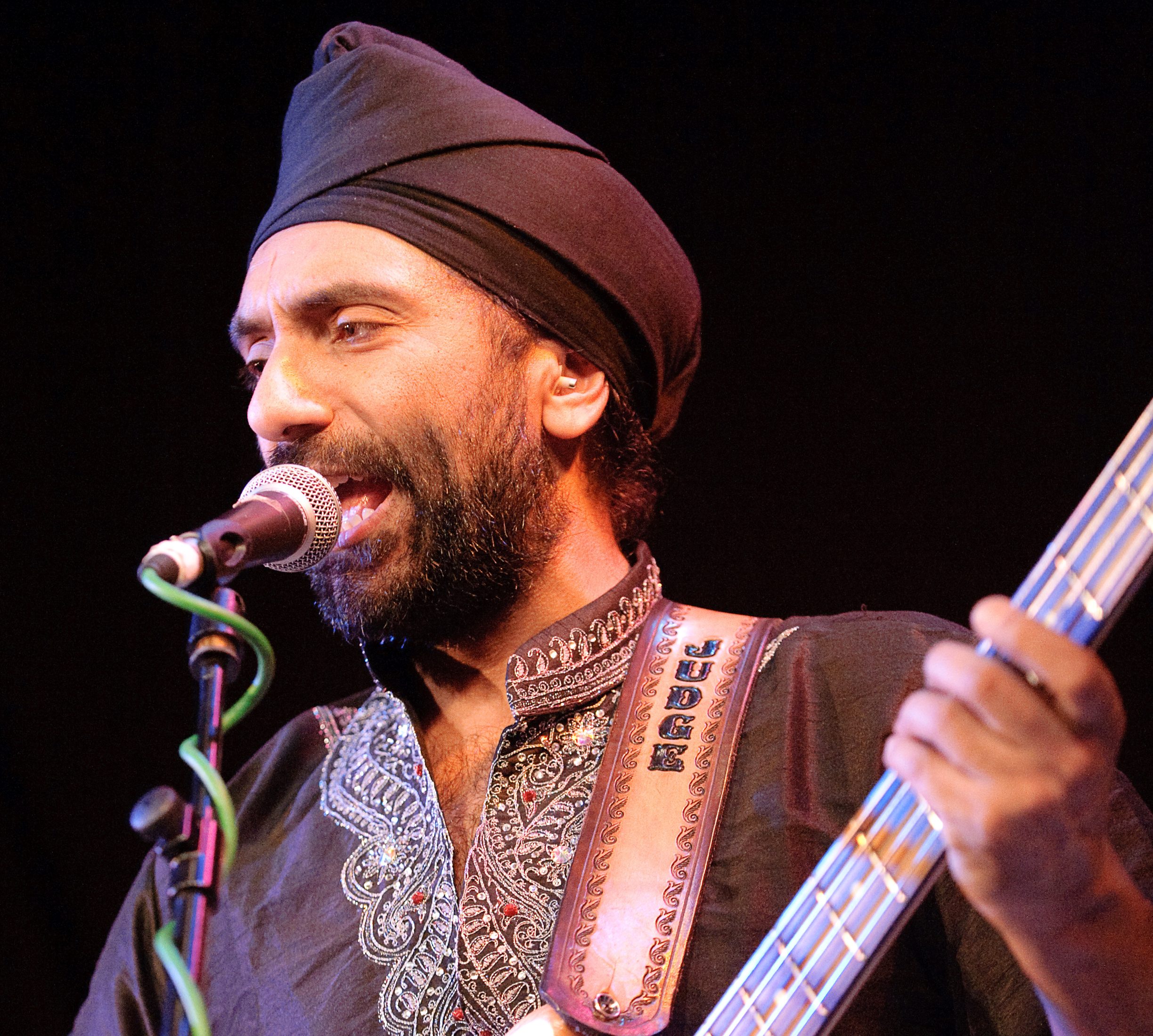 He went from being surrounded by music at the gurdwara, family gatherings and playing bhangra, hip hop and reggae cassettes on his Sony Walkman to co-founding popular band RSVP in the 1990s with his brother.

The award-winning bhangra fusion band went on to perform live at hundreds of major festivals across Europe, including Glastonbury (14 times) and WOMAD (three times).

Now after pushing that brilliant band to big success, J9 is releasing his debut solo album NASCENT in July. Two years in the making, he has worked with over 18 international artists and producers from around the world, including Sheema Mukerjee, Shin (DCS), Shruti Jain, BUZZ, Jazz Delorean, Dr Meaker, DJ Drez and DJ Swami. Two singles from the forthcoming album are already out and the third one, 7th Haven, released on April 7.

Eastern Eye caught up with J9 to discuss his new solo journey, songs, album and inspirations.

You have had an action-packed career. What has been your most memorable moment?
Just three months after starting RSVP, the band’s third gig was at WOMAD festival. We played a small afternoon show, but the crowd reaction was so extraordinary, and we somehow talked our way on to a main stage gig. I was shocked to walk in front of thousands at the second largest stage performing at the same time as the festival headliner, Peter Gabriel.

What led you towards a solo album?
I’ve always had a burning desire to write my own music and songs. I often wake up with a new song in my head. Lockdown finally provided the time for me to bring together a wide range of my favourite international artists to work collaboratively on the J9 album.

Tell us about the singles you have released so far?
I have released two tracks and two remixes from the album. Ahi Bhi Jaa is a jazzy Bollywood song featuring (Mumbai-based Bollywood singer) Shruti Jain and has a dub remix by DJ Drez from the US. Tomari is a trance-like/electro sitar and vocal track featuring Sheema Mukherjee (from Transglobal Underground) and has a remix by DJ Swami.

Tell us about the new song?
The new single’s out on April 7 (my birthday)! It’s called 7th Haven and is a fascinating soul/electronica song that uses a very unusual seven beat timing. It features the wonderful vocal of Celestine (from BBC’s The Voice) and the hard-hitting drum ‘n’ bass remix is by legendary producer Dr Meaker.

Tell us about the next track you are releasing?
The following track is called Crossroad and comes out on May 7. It’s a duet and features the iconic bhangra vocals of Shin from DCS fused with soulful English female lyrics. This is surrounded by smooth and jazzy drum ‘n’ bass, to create a track to chill, sing and dance too.

What else can we expect from NASCENT?
NASCENT (meaning beginnings) comes out in July. It is a collaboration with 18 artists from India, the US, Europe, and the UK. There is a huge range of styles, including the UK and Bollywood fusion, pop/rock, trip hop, jungle, dub, dance, Latin and jazz. It covers topics from love, loss and indecision to protests, and even self-sabotage. Core to it all is deeply meaningful and beautifully constructed tracks, performed by international artists at the top of their game.

How did you decide who to work with?
I have been lucky to work with amazing artists over the years and from this network, I selected those which would best suit each of the individual track styles.

Is there any one collaboration from the album that was the most memorable?
The duet Crossroad is as a tale of two lovers on the brink of a make or break up. It mixes Punjabi vocals from Shin (DCS) with English soul vocals from London-based Vanessa S, to a backdrop of jazzy drum ‘n’ bass.

Your music is quite eclectic; how would you describe your sound?
The music is very diverse with each of the collaborating artists bringing their own unique style. Central to it is the core music I love making, which is Indo-Brit fusion. This brings the beauty and sophistication of Indian music and mixes it with the power and groove of western music. It has also been described as neo-Asian underground, by those people who loved that ground-breaking style from the 1980’s and 1990’s.

What inspires you musically?
What most inspires me is seeing how so many diverse styles of music and musicians can work together to create something new and beautiful. And how that can connect with the listener and audience in a meaningful, entertaining, and uplifting way.

What music dominates your own playlist?
I grew up listening to hip hop, soul, rock, bhangra, Asian underground, and world music. So, there are lots of Eric B, Del la Soul, Prince, DCS, Zero 7, Nitin Sawhney and Jill Scott. My son is a jazz guitarist and I’m a swing dancer, so there are lots of jazz classics from Nina (Simone), Ella (Fitzgerald), Billie (Holiday) and, of course, Django on guitar.

Who would you love to collaborate with?
Of artists available now, it would have to be Nitin Sawhney and Jill Scott. They both have really inspired me, and it would be an honour to work with them.

Why should we pick up the new single and album when it releases?
If you like new, interesting, diverse, and groundbreaking music fusion, then NASCENT and songs on there are for you.