An American official, seriously injured during the Easter Sunday suicide bombings in Sri Lanka succumbed to her injuries, the US embassy said on Wednesday (8) as Washington reaffirmed its commitment to fight terrorism around the world.

Chelsea Decaminada, an International Programme Specialist with the Department of Commerce, was staying at the Shangri-La in Colombo on April 21 when two Islamist bombers attacked the luxury hotel.

Confirming her death, US Ambassador to Sri Lanka Alaina Teplitz said Decaminada succumbed after a valiant fight to injuries from the attacks.

“We mourn the loss of Chelsea Decaminada, who succumbed after a valiant fight to injuries from the attacks. Our prayers are with her family. We pay tribute to Chelsea & all those lost & injured by partnering w Sri Lanka & nations worldwide to bring unity in the face of terrorism,” Teplitz said in a tweet.

It was reported that she was airlifted to a hospital in Singapore for treatment.

In Washington, US Commerce Secretary Wilbur Ross in a statement confirmed Decaminada’s death as a result of injuries sustained during the April 21st terrorist attacks in Sri Lanka, where she was on assignment.

“It was our great hope that Chelsea (Decaminada) would recover from her injuries. My prayers are with Chelsea’s family during this difficult time,” Ross, who was in India on Tuesday (7), said.

He described her as a talented International Programme Specialist in the Commercial Law Development Program (CLDP) of the Office of the General Counsel.

“Chelsea devoted her life to public service, and her dedication and spirit were a model for all of us at Commerce. She served her country with distinction.

“As we mourn her loss, we must continue to fight terrorism around the world,” Ross said.

The massive suicide bombings, claimed by the Islamic State group and attributed to the National Thawheed Jammath, a little-known local radical outfit.

With Decaminada’s death, the number of killed in the Easter Sunday attack rose to at least 258. The total number of foreigners killed is now 45 foreigners, including 10 Indians. 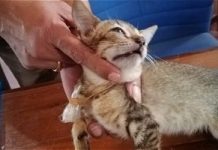 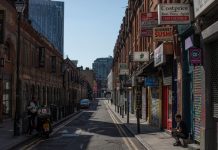