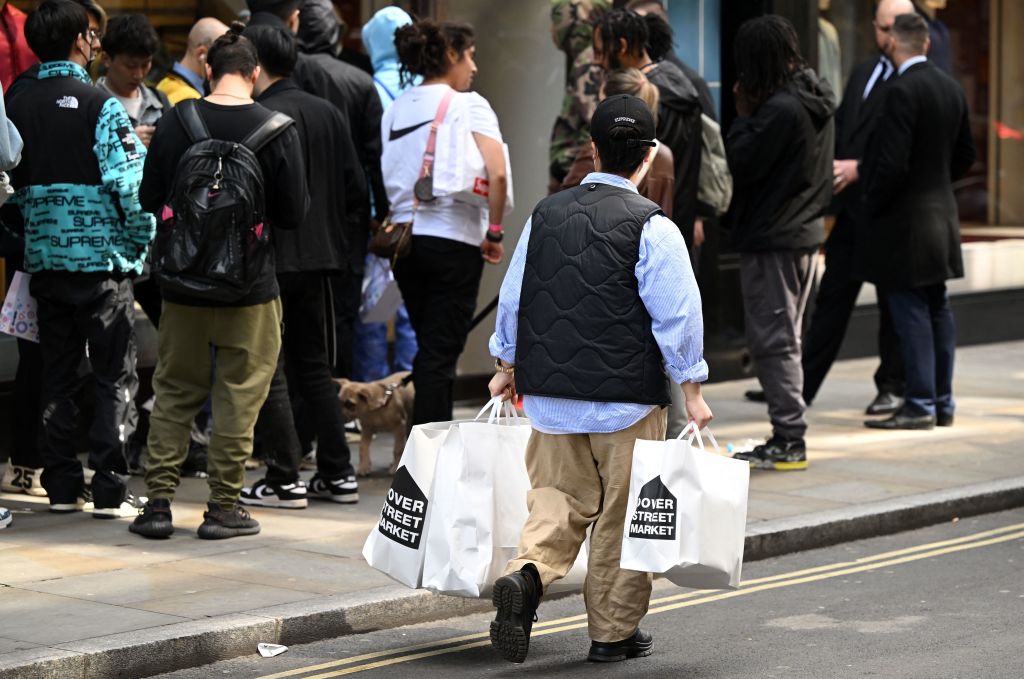 RECORD fuel and energy costs are dragging regular pay in the UK at the fastest rate in more than a decade, data has revealed.

According to the Office for National Statistics, pay excluding bonuses was down 2.2 per cent from a year earlier when adjusted for inflation between February and April.

Meanwhile, pay including bonuses has increased by 0.4 per cent when taking inflation into account, the BBC reported.

Sam Beckett, head of economic statistics at the ONS, said that bonuses are helping some workers to cope with the crisis.

Responding to the data, Labour’s Jonathan Ashworth said that millions in work are in poverty and accused ministers of showing ‘utter complacency’ about the huge levels of economic inactivity.

When adjusted for inflation, regular pay has fallen roughly by 1.6 per cent for private-sector workers and 4.5 per cent for those in the public sector.

The number of job vacancies in the UK rose to a new record of 1.3 million from March to May, the ONS said.

The unemployment rate stood at 3.8 per cent from February to April, up slightly from last month, while the employment rate was 75.6 per cent, which is still lower than before the pandemic.

Neil Carberry, chief executive of the Recruitment and Employment Confederation, said that with record numbers of roles available, “pay is growing strongly as companies seek to attract people to work for them”.

Josh Goodall, the co-managing director of building company Elite Building Maintenance in West Yorkshire, said that trying to recruit experienced tradespeople such as builders, joiners and plasterers was “an absolute nightmare” in the current climate.

The latest statistics on job vacancies showed hospitality and healthcare were among the sectors with the highest number of jobs available, with construction and manufacturing also having high vacancy numbers.

For those with jobs, ordinary pay fell in real terms at the fastest rate for a decade, the BBC report added.

Currently, worker shortage starting to have visible consequences at airports and in the NHS.

The ONS added the number of “economically inactive” people – those without a job and not seeking to work – had fallen slightly in the past three months, but was still higher than before Covid struck.

According to Tony Wilson, director of the Institute of Employment Studies, up to one million workers are now “missing” in the labour market.

The BBC report pointed out that now more people over the age of 50 becoming economically inactive by “retiring early, or just not needing to work, or indeed suffering ill health”.