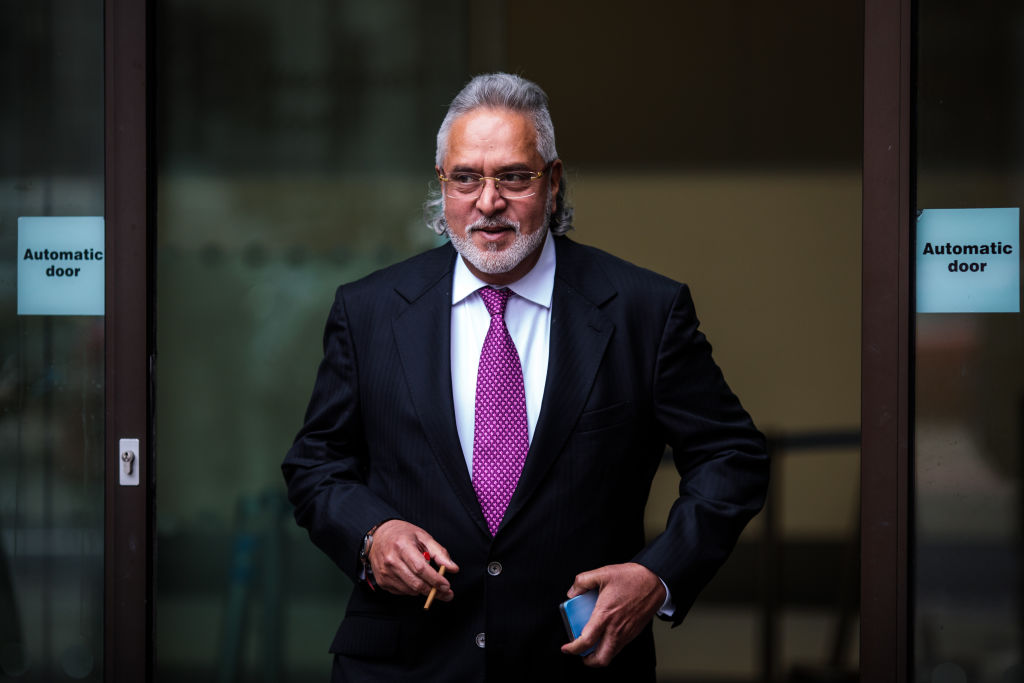 India’s Supreme Court on Monday awarded four months in jail to fugitive businessman Vijay Mallya who was found guilty of contempt of court in 2017 for withholding information from the court.

A bench of Justices UU Lalit, Ravindra S Bhat and PS Narasimha also imposed a cost of Rs 2,000 (USD 13) on the Mallya while observing that he showed “no remorse” for his conduct and did not appear before it during the sentence hearing. The apex court asked Mallya to deposit the fine within four weeks to the Supreme Court legal services authority and failing which a further sentence of two months will be added.

It also directed Mallya’s family members to return USD 40 million, transferred to them, with eight per cent interest within four weeks failing which attachment proceedings will be initiated against his properties.

The bench said an adequate sentence must be imposed on him to “uphold the majesty of law”.

The apex court, during the hearing of the contempt case, had noted that Mallya behaves like “a free person” in the United Kingdom and no information was forthcoming about the proceedings concerning Mallya there.

Last year, the top court while saying that it has waited “long enough” and cannot “wait longer now” for Mallya to get extradited from the United Kingdom to India, decided to go ahead with the hearing on the quantum of punishment in the contempt case against him.

On February 10, the Supreme Court granted the last opportunity of two weeks to Mallya to personally present or through counsel in the contempt case against him, and if he failed to do so the court would take the matter to the logical conclusion.

Solicitor General Tushar Mehta appearing for the Ministry of External Affairs clarified that it’s not the government of India’s stand that something confidential is going on in the case in the United Kingdom but it is what the government has been informed by the UK that there is something going on which can’t be shared.

Earlier, Mehta had furnished a document of Deputy Secretary (Extradition) Ministry of External Affairs, to which the bench had said the proceedings for extradition of Mallya to India from the United Kingdom has attained finality but certain “confidential proceedings” are pending in the UK, details of which are not known.

The Centre had also said that Mallya has already exhausted all his avenues of appeal in the UK.

The apex court had dismissed a plea filed by Mallya seeking a review of its May 2017 order holding him guilty of contempt.

Mallya is accused in a bank loan default case of over Rs 9,000 crore (USD 1.25 billion) involving his defunct Kingfisher Airlines and is presently in the United Kingdom.

The Supreme Court had issued its May 9, 2017, order on a plea by a consortium of banks led by the State Bank of India (SBI), claiming he had allegedly transferred USD 40 million received from British firm Diageo to his children in “flagrant violation” of various judicial orders.

Earlier, the apex court had asked Mallya about the “truthfulness” of his disclosure of assets and the transfer of money to his children.
At that time, the top court was dealing with pleas of lending banks seeking contempt action and a direction to Mallya to deposit USD 40 million received from offshore firm Diageo to the banks respectively.

The banks had then accused Mallya of concealing the facts and diverted the money to his son Siddharth Mallya and daughters Leanna Mallya and Tanya Mallya in flagrant violation of the orders passed by the Karnataka High Court.