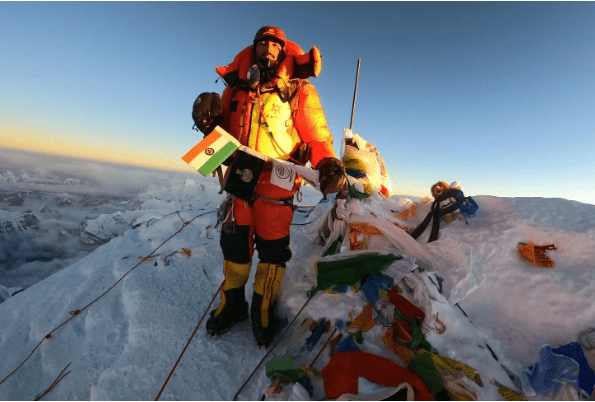 An Indian climber, who was earlier banned from mountaineering in Nepal for allegedly faking a climb to Mount Everest, has reached the summit.

Narender Singh Yadav achieved the feat on May 27, less than a week after the six-year ban ended. He said he proved himself beyond doubt this time.

The son of an army man said he climbed the world’s tallest mountain in less than a week without acclimatisation whereas the average time taken by mountaineer is two months.

He denied his previous ascent was fake, saying it was his second climb to the summit of the 8,848-metre tall mountain.

Yadav and another climber Seema Rani Goswami said they had reached the top of the world’s highest mountain in the 2016 spring season, and Nepal’s tourism department certified their claim at the time.

But their photos with an oxygen mask not connected to an oxygen tank led to doubts and outrage erupted after Yadav was listed for the Tenzing Norgay Adventure Award in 2020.

An investigation, according to the Nepal government, revealed that the duo “never reached the summit”.

It said they couldn’t produce any evidence of their ascent to the peak and failed to submit reliable photos.

The two climbers and their team leader Naba Kumar Phukon were banned from climbing Nepal’s mountains for six years retroactively from May 2016.

In the same year, another Indian couple – both police constables – were banned for 10 years after they faked photographs purporting to show them at the top of Everest.

The current system demands photos, and reports from team leaders and government liaison officers stationed at the base camp. But it has been open to attempts at fakery.

Nepal is home to eight of the world’s 14 highest peaks and foreign climbers are a major source of revenue and some 800 people climb Mount Everest every year.