India will have its first hypersonic missile in five-six years: BrahMos Aerospace CEO 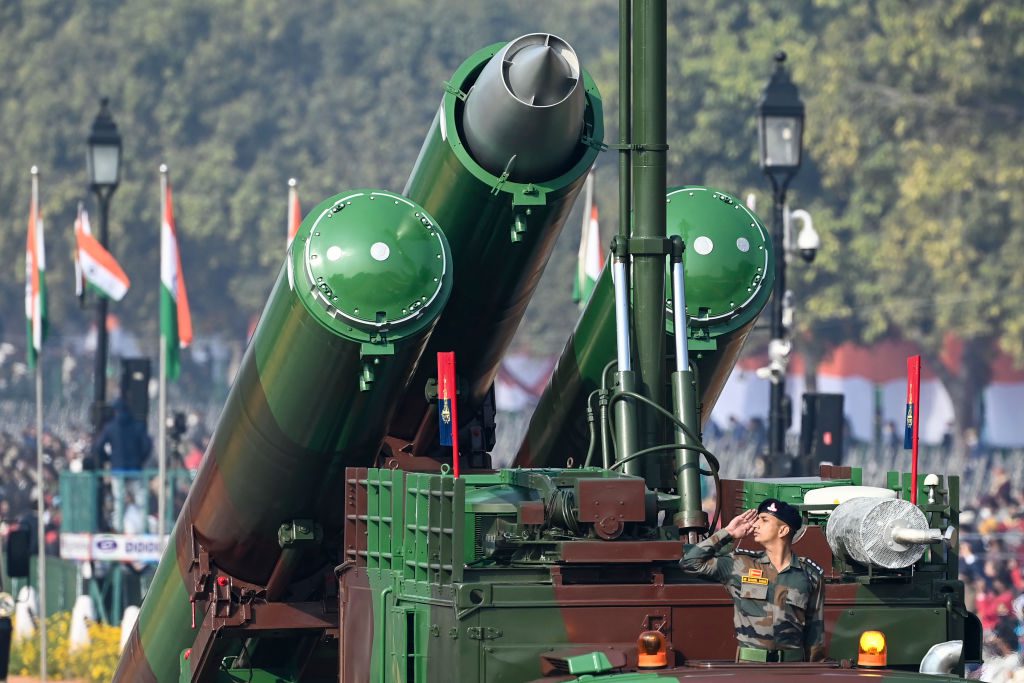 “BrahMos Aerospace is capable of making hypersonic missiles. In five to six years, we will be able to have our first hypersonic missile by BrahMos,” said Atul Rane, CEO and MD, BrahMos Aerospace while speaking at an event over the commencement of ‘Silver Jubilee Year’ celebration (1998-2023) to mark the incredible journey of one of India’s most successful, cutting-edge military partnership programmes that has produced the world’s best, fastest and most powerful modern precision strike weapon BrahMos.

Coinciding with India’s 75 years of Independence, BrahMos Aerospace on Monday commenced the ‘Silver Jubilee Year’ celebrations (2022-2023) to mark the incredible journey of one of India’s most successful, cutting-edge military partnership programmes that has produced the world’s best, fastest and most powerful modern precision strike weapon BrahMos.

Starting on June 12 to mark 21 glorious years of the maiden supersonic launch of unbeatable BrahMos, the ‘Silver Jubilee Year’ celebrations would culminate on February 12, 2023, on the ‘BrahMos Raising Day’.

During the ‘Silver Jubilee Year’ celebrations, the JV entity has planned to organise several key events, meets and national-level competitions, which include industry partners’ meet to acknowledge and highlight the invaluable contributions made by the JV’s key Industry partners as part of the missile manufacturing industry ecosystem within the country.

Besides, there will be a user interaction meeting to acknowledge the contribution and professionalism of the Indian Armed Forces operating the world’s best supersonic cruise missile system.

A National-level Competition on cutting-edge technology and its application in the missiles and aerospace field are to be held with an aim to orient and nurture young talent in the field of missile technology.

The grand celebrations will culminate on February 12, 2023, (BrahMos Raising Day) during which important events would take place.
At first, as part of the Silver Jubilee Year celebrations, the company has announced to spend a fair share of its Corporate Social Responsibility (CSR) funds for women empowerment-related programmes and projects across India.

In over the two decades of its spectacular journey, BrahMos Aerospace has achieved numerous historic milestones and realised many “firsts” in the country. Charting out the course for the next phase of this ambitious journey, the JV has started work on its new, state-of-the-art BRAHMOS manufacturing centre to come up in Lucknow, Uttar Pradesh as part of the UP Defence Industrial Corridor (UPDIC) Project.

On June 3, Prime Minister Narendra Modi performed a ground-breaking ceremony to mark the initiation of all major industrial projects under the UPDIC, including the setting up of the dedicated BrahMos facility which would design, develop and produce the highly advanced BRAHMOS Next-Generation (NG) weapon system.

BrahMos Aerospace has received around 80 hectares of land in Uttar Pradesh for the establishment of the new manufacturing centre with an initial investment of Rs 300 crore. The company plans to complete all manufacturing-related work for the new facility by the mid of 2024. Once fully operational, this dedicated facility will produce 80-100 BrahMos systems every year.

Work on the BRAHMOS-NG missile has also progressed and it would be ready for serial production in the next three to five years. The BRAHMOS-NG manufacturing centre would further bolster the Missile Industry Consortium in India and help galvanise the defence ecosystem for high-end missile technology. It would also position India as one of the top-ranking defence technology centres in the world.

The supersonic cruise missile has been successfully operationalised in all three Services of the Indian Armed Forces (in the Indian Navy in 2005; in the Indian Army in 2007; in Indian Air Force in 2020).
After charting one after other incredible milestones and spectacular successes, the world-class BrahMos brought the first and foremost major breakthrough in India’s military exports front by becoming the first full-scale weapon to be exported to a responsible, friendly nation.

On January 28, BrahMos Aerospace signed a historic contract with the Republic of the Philippines to deliver a shore-based anti-ship BRAHMOS system to the Philippine Navy.

As a proud flag-bearer of ‘Make-in-India’ and ‘Design-in-India’, BrahMos Aerospace is now going to ‘Make-for-the-World’ -a first for the JV entity and a proud first for India.

The multi-million-dollar BrahMos export deal has paved the way for India’s aspiration to emerge as a top-notch military manufacturer and exporter in the world in the next few years.