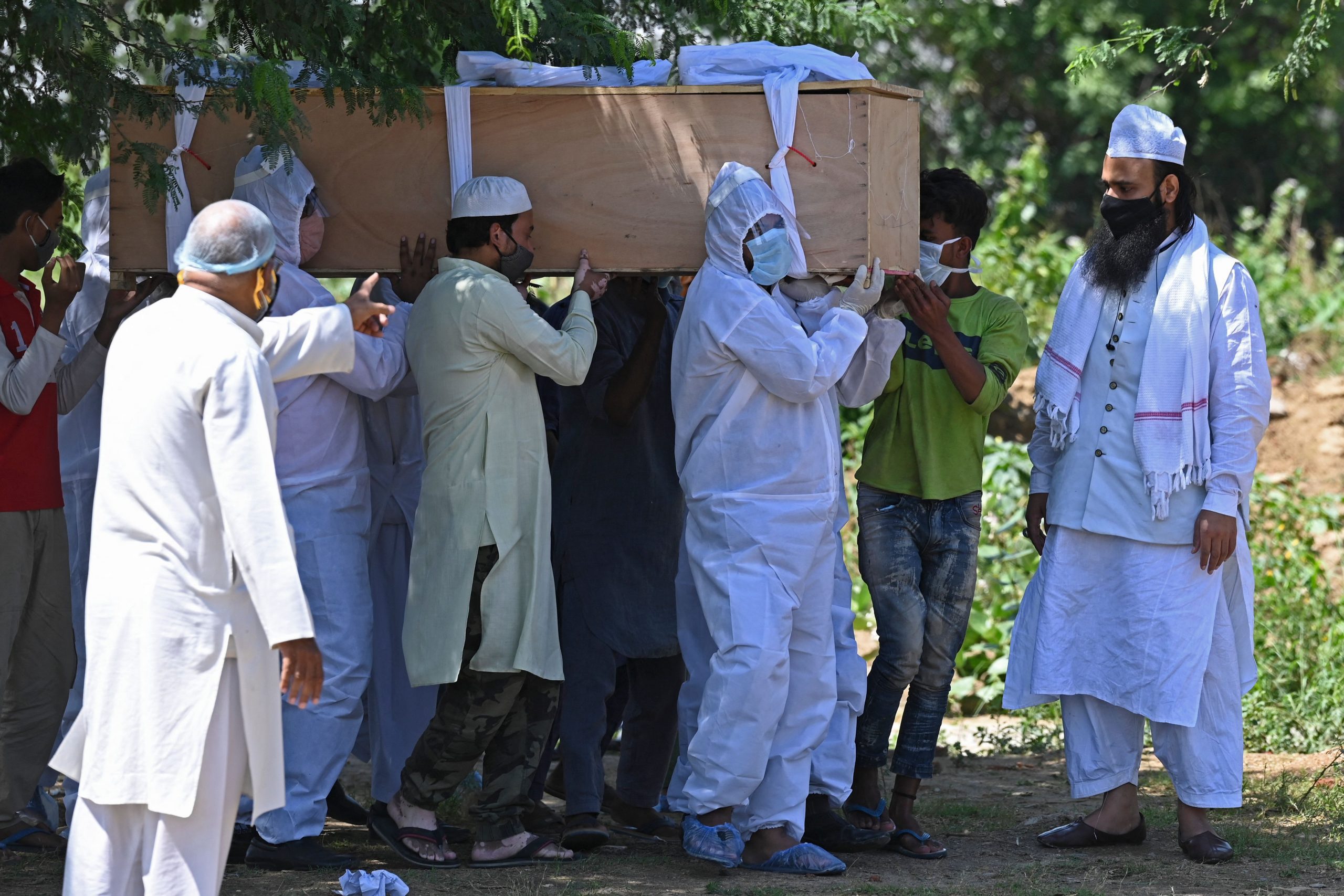 The conclusion matches similar figures by the Lancet last month and a February study in the journal Science that calculated a Covid death toll of at least 3.2 million.

But India’s health ministry said in a weekend statement that the WHO’s mathematical modelling of the pandemic was “questionable” and “statistically unproven”.

Several concerns were raised to the global health body over the report, including what the ministry said was a “peculiar” assumption of a relationship between lower temperatures and monthly deaths.

India had shared its misgivings through several formal communications and meetings since last November, according to the ministry.

“A satisfactory response is yet to be received from WHO,” it added.

Indian officials have previously disputed the methodology behind the Lancet and Science studies that also found vastly higher death tolls.

Its official figures show 520,000 Covid deaths nationally, which still accounts for the world’s largest single-country toll after the United States and Brazil.

India was battered by a devastating Covid outbreak last year that saw thousands of people dying each day at its peak, overwhelming hospitals and crematoriums.