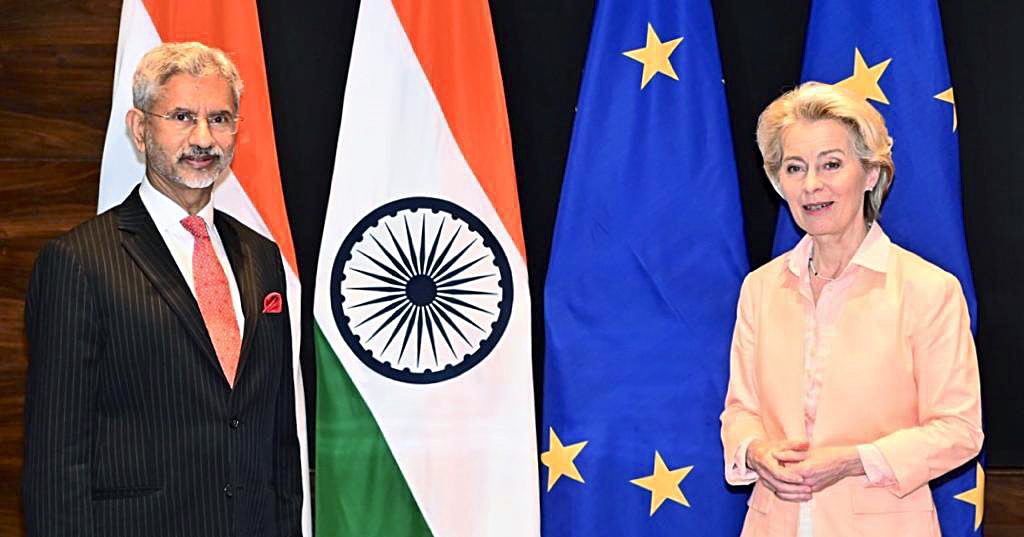 THE European Union (EU) and India agreed on Monday (25) to set up a trade and technology council (TTC) to step up cooperation, as the bloc’s chief held talks with officials in New Delhi.

The United States is the only other country that has a technical agreement with the EU similar to the one signed on Monday with India. “I think this relationship today is more important than ever,” von der Leyen said in her opening remarks during a meeting with Indian prime minister Narendra Modi. “We have a lot in common, but we are also facing a challenging political landscape.”

She identified cooperation on security, climate change and trade as the main areas of focus. “Both sides agreed that rapid changes in the geopolitical environment highlight the need for joint in-depth strategic engagement,” an EU-India joint statement said. “The Trade and Technology Council will provide the political steer and the necessary structure to operationalise political decisions, coordinate technical work, and report to the political level to ensure implementation and follow-up in areas that are important for the sustainable progress of European and Indian economies.”

People familiar with the development said the TTC will facilitate cooperation in high-tech areas like 5G, quantum computing, climate modelling and healthcare solutions, among others.

Modi invited the EU’s increased participation in the green energy sector in India with a focus on green hydrogen.

India’s foreign minister Subrahmanyam Jaishankar said after meeting Von der Leyen that they “exchanged views on the economic and political implications of the Ukraine conflict.”

India-EU trade and investment talks to restart in June