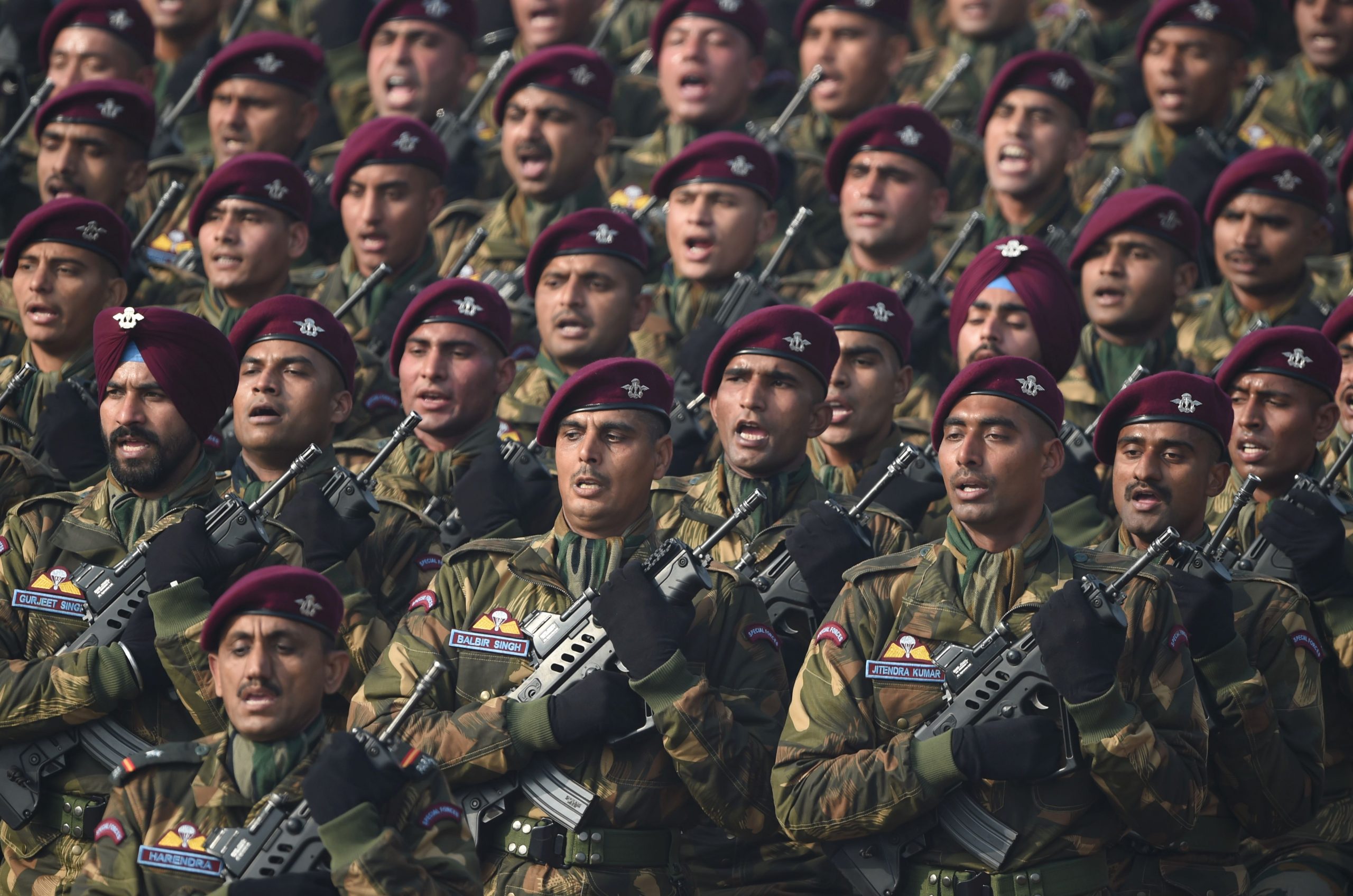 India unveiled a new scheme called “Agnipath” on Tuesday for the recruitment of soldiers in the Army, the Navy and the Air Force, largely on a short-term contractual basis, with an aim to cut the ballooning salary and pensions bill.

Defence Minister Rajnath Singh announced the new scheme at a media briefing, shortly after the Cabinet Committee on Security approved it.

“The Agnipath recruitment scheme is a transformative initiative that will provide a youthful profile to the armed forces,” Singh said.

The revolutionary changes in the recruitment process will see the induction of the soldiers initially for a period of four years and some of them would be retained.

“Under the Agnipath scheme, Indian youngsters will be provided an opportunity to serve in the armed forces as ‘Agniveer’,” the defence minister said.

Navy chief Admiral R Hari Kumar said the scheme will ensure a wider talent pool for recruitment in the armed forces, adding that women will also be inducted into armed forces under it.

Army chief General Manoj Pande said the scheme aims to bring a paradigm shift in recruitment in the armed forces.

It will help ensure optimum balance between youth and experience in the Army, he added.

General Pande said the Army’s operational capability will be fully maintained during the initial implementation stage of the scheme.

The “Agnipath” scheme, earlier christened as “Tour of Duty”, was launched in the presence of the chiefs of the three services.

The new scheme was announced after extensive deliberations on it over the last two years.

The soldiers to be recruited under the scheme will be called “Agniveer”.

Currently, the Army recruits young people under the short service commission for an initial tenure of 10 years, which is extendable up to 14 years.

The scheme is aimed at slashing the salary and pension bills of the three services, which have been increasing rapidly.