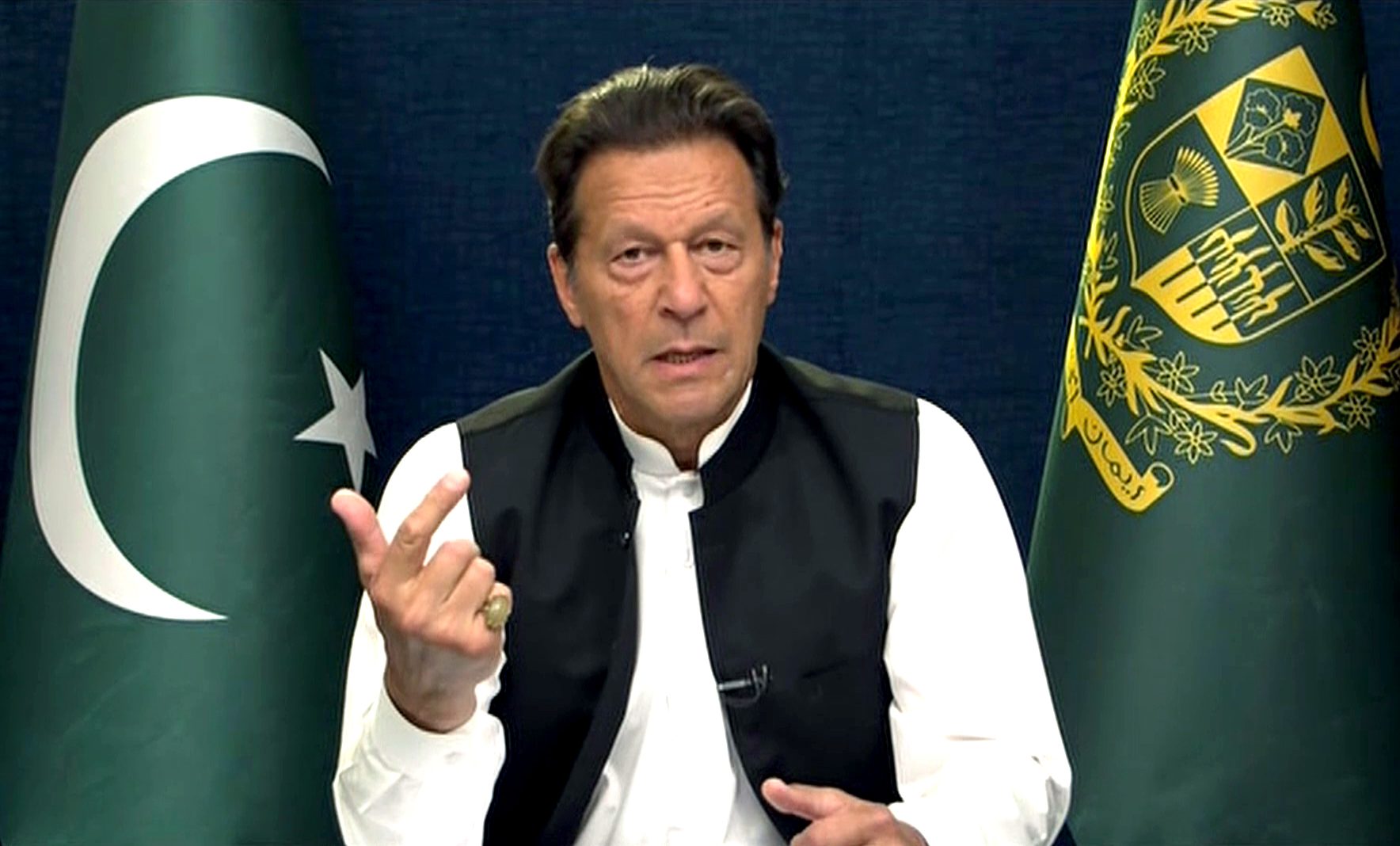 The PTI chief warned the government that whether it puts his party members in jail or employs other tactics, PTI’s movement against the government would not stop, reported Geo News. “The way they tortured us was not even witnessed during the martial law eras,” Khan, who was ousted from the prime minister’s office in April, told a gathering of lawyers at Bani Gala.

The ex-prime minister was talking about the events leading up to May 26 — when Khan had announced to call off his “Azadi March” as he feared further bloodshed. Ahead of him reaching Islamabad’s D-Chowk on the day, three people were killed — a police constable and two PTI workers.

“The government is trying to throw me in jail to stop our movement (…) but I am telling you, whether you put us in jails or resort to other measures, this movement will not stop,” the former prime minister said.

Imran Khan further stated that plans were being made to put him behind bars, however, he added that the movement will continue till election dates are announced, reported Geo News.

The incumbent government, however, has ruled out snap polls and said that it would complete its tenure.

Last Sunday, Interior Minister Rana Sanaullah revealed that the decision to deploy security officials at Bani Gala to guard the PTI chairman was made as per the law, however, the “same security” officials will arrest him once his bail expires.

The PTI chairman said the “incumbent government was imposed on us through a conspiracy” and that was why his party was protesting. He told the gathering that this was a “decisive” time for the Pakistani nation.

“This government has put the country’s future at stake,” said.
The ex-prime minister said as soon as the incumbent government officials go out to meet the masses, they start chanting slogans of “traitors” to insult them, reported Geo News.

Criticizing the Shehbaz-government for economic turmoil, Khan said during the PTI’s tenure, the gross domestic product (GDP) was at 5.6 per cent in the third year and 6 per cent in the fourth year.