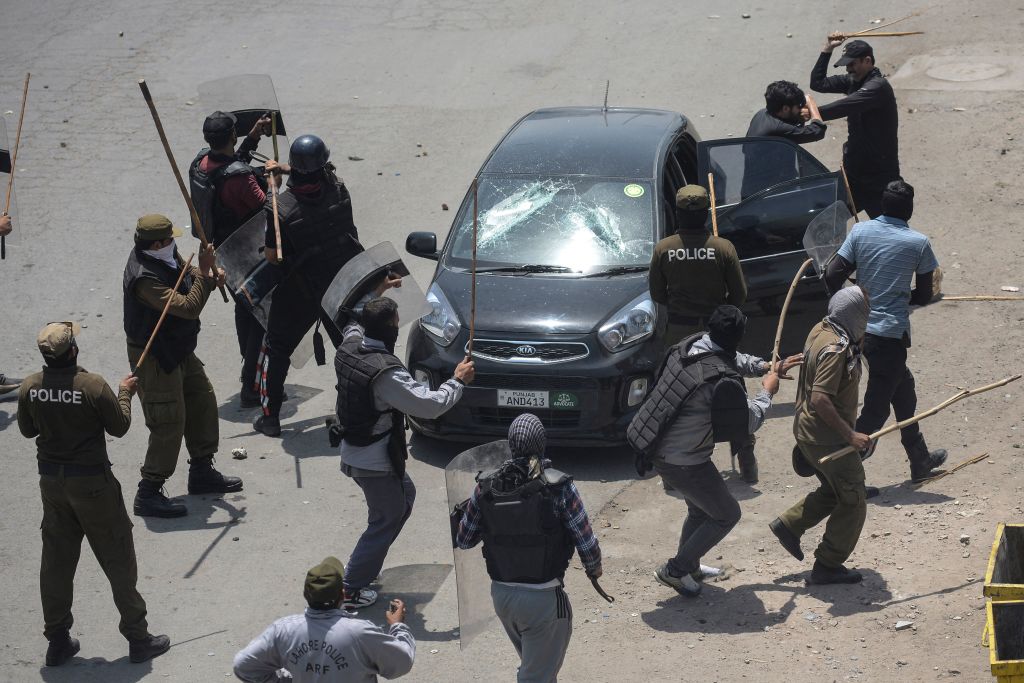 After Interior Minister Rana Sanaullah issued a warning regarding Imran Khan‘s possible arrest upon the expiry of his bail, Pakistan Tehreek-i-Insaf (PTI) members warned of a “strong backlash” from its workers.

The meeting was chaired by former prime minister Imran Khan at his Bani Gala residence after his return from Peshawar.

Qureshi told the press that everyone had heard Sanaullah’s threat to Imran Khan.

“Arresting Imran Khan will be a political mistake,” said Qureshi, as he also used the press conference to direct the party workers to start preparing their response to Khan’s arrest if it happens.

Qureshi also said that no party lawmaker would appear before National Assembly Speaker Raja Pervaiz Ashraf to verify their resignations.
PTI also announces to take part in by-elections to be held for 20 vacant seats of the Punjab Assembly, reported Geo News.

The former foreign minister alleged that the government wanted to use the police and the district administration to steer the results in their favour.

Qureshi also stated that the PTI’s core committee has expressed concerns about the economic situation of the country.

While responding to Qureshi’s press conference, Sanaullah said that whoever breaks the law will be dealt with by the law.

“Martyrdom of an innocent police officer, using weapons and ammunition is not a political reaction,” said the interior minister. He added that the government cannot act as a mere spectator if the PTI “lies and creates anarchy” in the country.

“The law and order will be strictly implemented, we will not break the law nor will we allow it,” said the interior minister, adding that as soon as Imran Khan returned to Bani Gala, he started spreading a “new pack of lies”.

A few hours earlier, the interior minister had revealed that the decision to deploy security officials at Bani Gala to guard PTI Chairman Imran Khan was made as per the law, however, the “same security” officials will arrest him once his bail expires, reported Geo News. (ANI)