If harmed, India will not spare anyone: Rajnath Singh 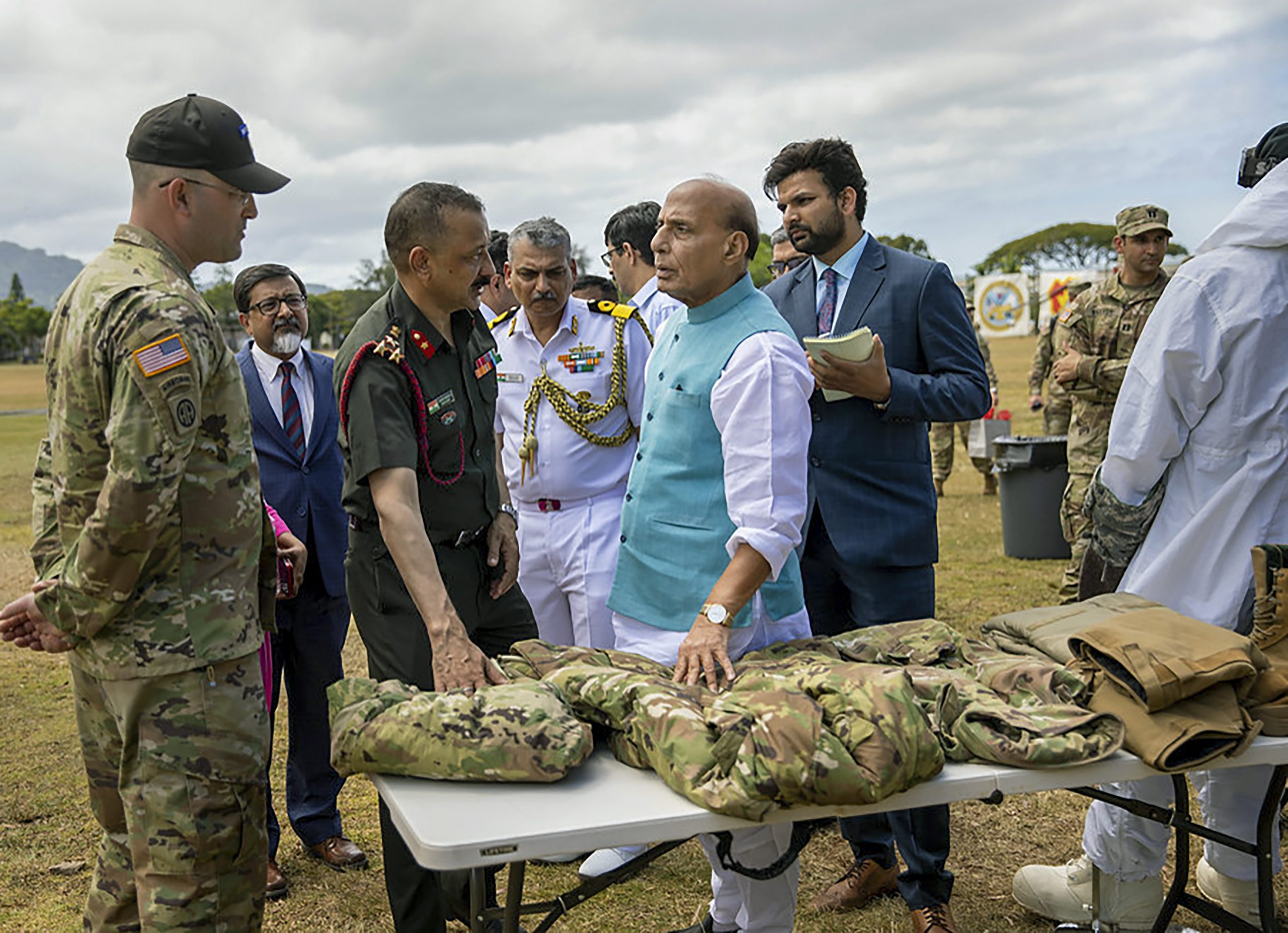 IN A strong message to China, Indian defence minister Rajnath Singh has said that if harmed, his country “will not spare anyone”.

He asserted that India under prime minister Narendra Modi has emerged as a powerful country and is headed to be among the top three economies of the world.

Singh, in his address to the Indian-American community in San Francisco, also sent a subtle message to the US that New Delhi does not believe in a diplomacy of “zero-sum game” and its relationship with one country cannot be at the expense of the other.

The defence minister was in Washington DC to attend the India US 2+2 ministerial. He later travelled to Hawaii for meetings at IndoPACOM headquarters and then to San Francisco.

At a reception hosted in his honour by the Indian consulate in San Francisco, the defence minister told the select gathering about the valour shown by Indian soldiers on the border with China.

“I cannot say openly what they (Indian soldiers) did and what decisions we (the government) took. But I can definitely say that a message has gone (to China) that India will not spare anyone if India is harmed,” he said.

The Ladakh border standoff between the Indian and Chinese militaries erupted on May 5, 2020, following a violent clash in the Pangong lake areas. The face-off escalated after the Galwan Valley clashes on June 15, 2020. As many as 20 Indian soldiers and an unspecified number of Chinese troops were killed in the clashes.

India and China have held 15 rounds of military talks so far to resolve the eastern Ladakh standoff. As a result of the talks, the two sides completed the disengagement process last year in the north and south banks of the Pangong lake and in the Gogra area.

Without making any direct reference to the American pressure concerning Russia because of the Ukraine war, Singh said India does not believe in a “zero-sum game” diplomacy.

India, he said, believes in having a bilateral relationship that is based on a “win-win” for both countries.

His remarks came amidst some disquiet in Washington over India’s position on the Ukraine crisis as well as its decision to procure discounted Russian oil.

“The image of India has changed. The prestige of India has improved. In the next few years, no power in the world can stop India from becoming the world’s top three economies,” Singh said.

In his address to the Indian community, Singh said that in the past, if any country in the world wanted to develop and prosper, they always thought about establishing a vibrant trade with India.

“We should aim at establishing a similar ecosystem in India by the time we celebrate our 100th independence Day in 2047,” he said.

The defence minister said that during his last trip to the US in 2013, at a reception in New Jersey he had told a group of Indian Americans that “the success story of India is not over, it is waiting for the BJP to come into power. At that time, people were disappointed with the performance of the then Congress government.”

In eight years, he said, the Modi government has “turned around” the country and the image of India has changed for the better.