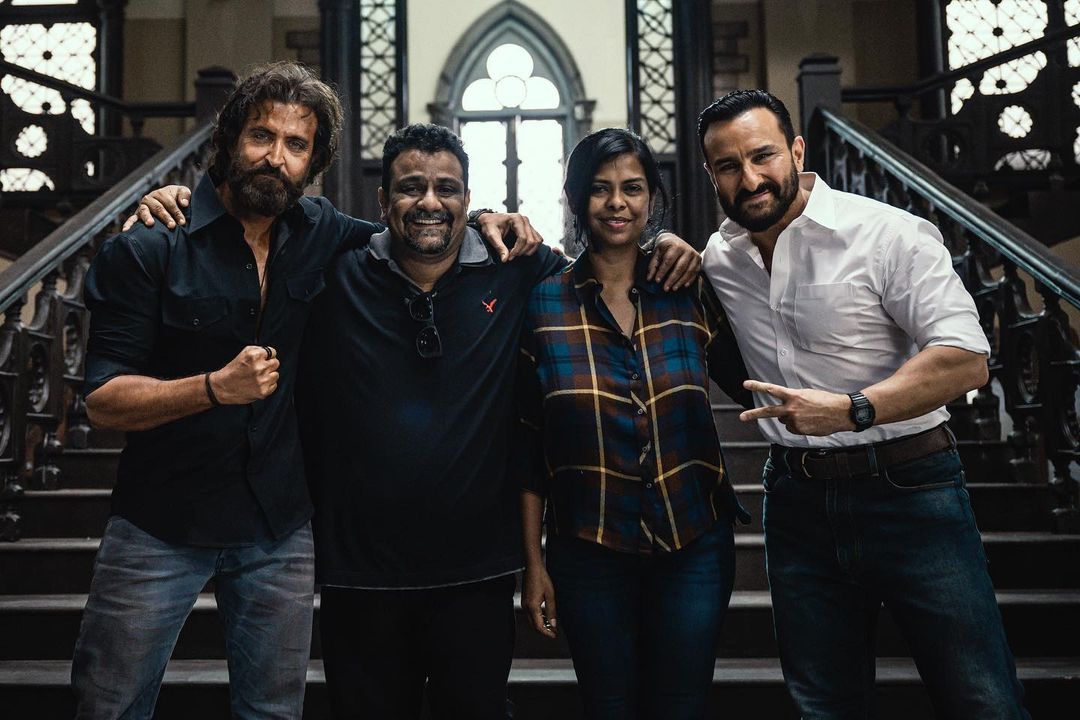 The shoot of Hrithik Roshan and Saif Ali Khan-starrer action film Vikram Vedha has been completed, the makers said on Friday.

Billed as an edge-of-the-seat action crime thriller, the movie is based on the popular Indian folktale “Vikram Aur Betal”. It tells the story of a tough police officer (Khan) who sets out to track down and hunt a menacing gangster (Roshan).

The upcoming Hindi movie is a remake of the 2017 Tamil blockbuster of the same name, which starred R Madhavan as a cop and Vijay Sethupathi as a gangster.

Filmmaker duo Pushkar and Gayatri, who helmed the original film, have directed the Hindi version as well.

Roshan said he had to break out of the mould of being the hero and step into new territory to play the role of Vedha.

“Becoming Vedha was unlike anything I’ve ever done before. I had to break the mould of being the ‘hero’ and step into completely unexplored territory as an actor. The journey felt like I was graduating. My relentless directors Pushkar & Gayatri kept me on a treadmill, silently motivating me to push boundaries,” the 48-year-old actor said in a statement.

Roshan credited co-star Khan and Yogita Bihani for bringing out the best in him.

“Looking back… I became the Vedha that I did, because of the powerful presence of Saif Ali Khan as Vikram. He is phenomenal in every way possible,” he added.

Khan said working under the direction of Pushkar and Gayatri has been a rewarding experience.

“Pushkar & Gayatri are quite the dynamic duo with great creative energy and it’s been very rewarding working with them. A complete icing on the cake and elevating experience for me was working with Hrithik and doing some intense action scenes,” the 51-year-old star said.

The director duo said they had an exhilarating experience shooting with Roshan and Khan.

“With our super talented and amazing crew, we’ve been able to achieve what we had envisioned at a script level. We can’t wait to show our film to the audiences,” the filmmakers said in a joint statement.

The shoot of “Vikram Vedha” commenced in October 2021. The film has been shot at various locations such as Abu Dhabi, Lucknow, and Mumbai.

“Vikram Vedha” is presented by Gulshan Kumar, T-Series Films, and Reliance Entertainment in association with Friday Filmworks and YNOT Studios. It is produced by S. Sashikanth and produced by Bhushan Kumar.

It is scheduled to be released worldwide theatrically on September 30.