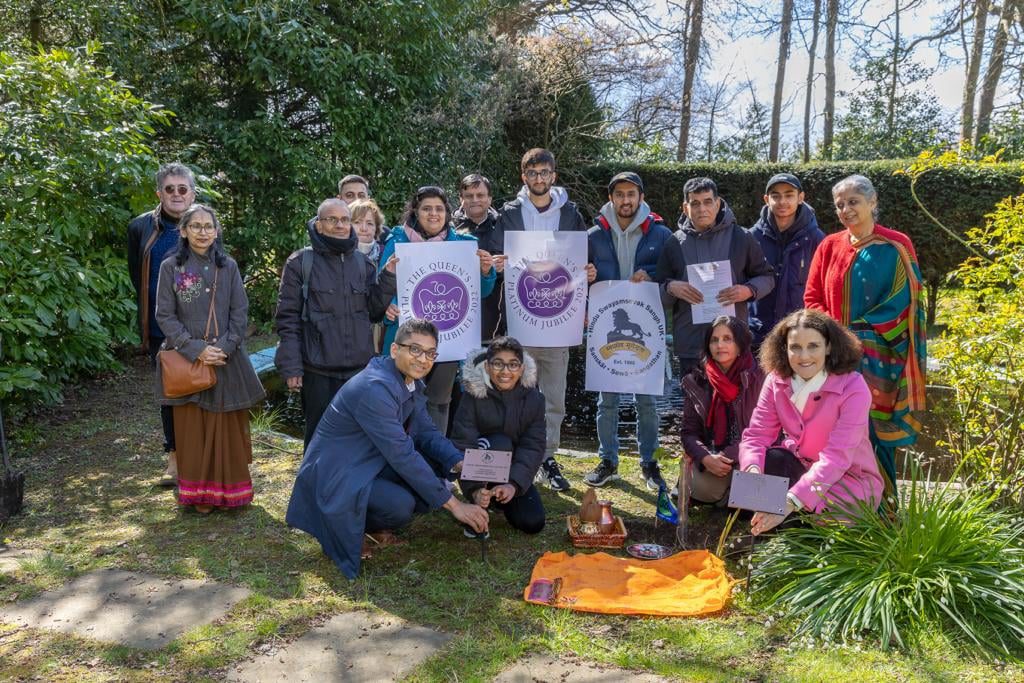 BRITAIN’S arm of the charity Hindu Swayamsevak Sangh (HSS) participated in a tree planting event at Whalebone Park in the London borough of Barnet as part of the Queen’s Green Canopy initiative.

Green Canopy is a pro-environment initiative undertaken to mark Queen Elizabeth’s Platinum Jubilee by inviting communities across the UK to plant trees.

HSS UK received 15 saplings under the project and they were planted amid the chanting of Vedic hymns. The ceremony, attended by Theresa Villiers, MP for Chipping Barnet, coincided with the first day of the Hindu festival of Chaitra Navratri.

As a symbolic gesture of the relationship between India and the UK, the saplings were provided with waters from the Ganges and the Thames.

Commemorative plaques of Green Canopy and the HSS UK were installed on the occasion.

In the Hindu tradition, planting trees is a way of worshipping nature.

Villiers said the HSS UK’s participation in the project demonstrated the “high regard the Hindu community has for the Queen’s life of service”.

The MP also recalled the “exemplary” participation of the organisation in the Sewa (voluntary service) projects during the Covid-19 pandemic.

Vishal Shah of the charity said it was a privilege to participate in the Platinum Jubilee celebrations marking the Queen’s 70 years of service to the country and commonwealth.

“Planting a tree is a wonderful way of leaving a lasting legacy for future generations to enjoy”, Shah said.

Established in 1966, the HSS UK has 102 chapters in Britain, with more than 2,000 volunteers participating in weekly activities.