Gold prices slipped on Monday (19) due to a stronger US dollar and a recovery in equities, as hints of more stimulus from major central banks around the world eased concerns about a recession.

“The dollar is getting stronger, and given that gold had a very good rally over the last few weeks, we are just seeing some profit-taking coming in,” said OANDA analyst Jeffrey Halley, adding that the recovery in equities is somewhat fragile and gold looks constructive.

The dollar index, against a basket of six major currencies, hovered near a two-week high reached on Friday, making greenback-denominated gold costlier for investors holding other currencies.

The 10-year US Treasury yield pulled away from a three-year trough hit last week.

Asian stocks on Monday tracked a rally on Wall Street, with support from a move by China’s central bank to change the way a key interest rate benchmark is set, which is seen reducing borrowing costs for companies.

“There is still plenty of interest to buy gold on any dips as a hedge against uncertainty in the global economy,” Halley said.

US president Donald Trump said on Sunday he was “not ready to make a (trade) deal yet” with China, hinting that the White House would like to see Beijing resolve ongoing protests in Hong Kong first.

Investors are now awaiting the US Federal Reserve’s Jackson Hole symposium this week to get greater clarity on the future path of interest rates. Traders see about a 71 per cent chance of a 25 basis-point cut in September.

“The precious metal though easing up on bullish gains from U. dollar vigour will remain supported over subdued global growth and accommodative monetary policy by global central banks,” Phillip Futures analyst Benjamin Lu said in a note.

Spot gold still targets a range of $1,483-$1,503 per ounce, as suggested by its wave pattern and a retracement analysis, said Reuters technical analyst Wang Tao.

Hedge funds and money managers trimmed their bullish stance in COMEX gold and cut net long positions in silver contracts in the week to August 13, the US Commodity Futures Trading Commission (CFTC) said on Friday. 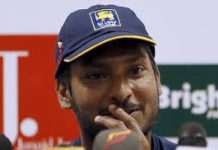 One option is to cancel T20 World Cup this year : Kumar Sangakkara 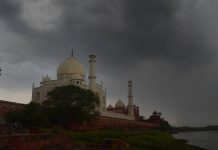