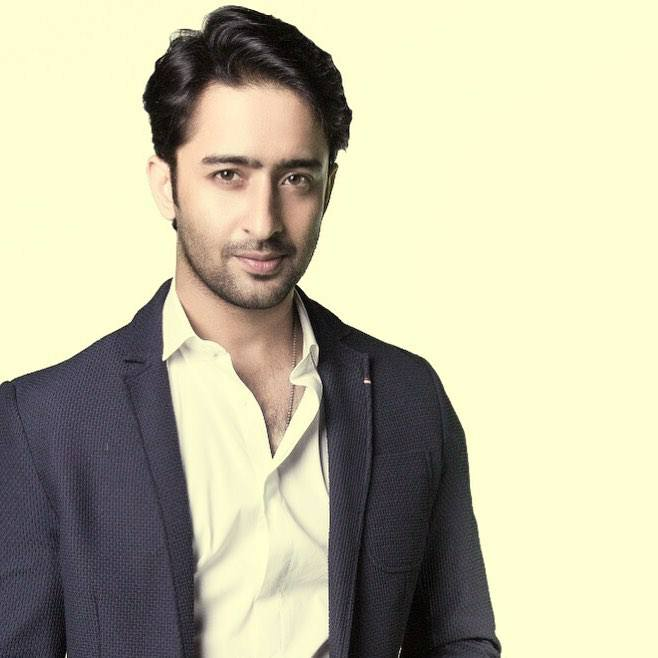 There is a lot more to Shaheer Sheikh than being a talented actor and a handsome pin-up with a massive female fan following.

The small screen star has also made a positive impact on his legion of admirers and regularly encourages them to do good deeds like helping the environment.

The impressive number of projects he has done on television also shows the value of hard work and rewards that come with it, including a wide range of characters that have been appreciated across the globe.

He has already won more fans with his character Abir Rajvansh and added to his list of memorable roles.

Eastern Eye caught up with the popular star to talk about his acting journey, new serial and passion away from work.

What first connected you to acting?
Honestly, being a professional actor isn’t something that I had thought about. My first connection to acting was when I got a message from a director (Wasim Shabir) on social media offering me an opportunity (to audition for Kya Mast Hai Life). I was in Pune at that time and had no idea that I could get into acting. The connection has grown stronger with each project since then.

Tell us, how did you feel when you first faced the camera?
I was very nervous at first. I clearly remember it took me an entire day to shoot just one scene (laughs). Thankfully, I have become a lot more confident since then, but I still get nervous if a scene excites me. I feel that is a good thing because it motivates you to work harder.

Did you ever expect to be so successful?
Yes, because, for me, success is being able to take care of my family, being able to follow my heart and being a responsible human being. That’s what I wanted to be.

You have played some wonderful roles; but which has been closest to your heart?
Every character that I have played has given me so much and at the same time, taught me a lot. But I guess a lot of my questions about life were answered during Mahabharat when I played Arjun. And, as an actor, I think, I enjoyed Salim the most (in Dastaan-E-Mohabbat: Salim Anarkali).

Has a character ever affected you emotionally?
I say I can’t act. I give each scene real emotions. That’s the only way I know how. So, yes, I do get affected emotionally because of what my character is going through in the show sometimes.

How do you approach each character when you begin a project?
First, I try to understand what the makers want and then I will do my research on the project in its entirety and add whatever I can to the character. I enjoy the process of exploring new territory with each role.

What is the biggest thing television has taught?
Everything in life will teach you something valuable if you let it and television is no different. I think the biggest lesson it has taught me is to live in the moment.

In terms of acting, Indian television stars have perhaps the most demanding work schedule in the world. How do you cope with that?
(Smiles), I try my best to cope and am still trying to keep up with it. But when you love what you do, you don’t think about that side so much.

What drew you to your latest project Yeh Rishtey Hain Pyaar Ke?
It’s an interesting character and (producer-director) Rajan (Shahi) sir is a very sweet person. So I came on board and am very glad that I did.

Tell us about your character and what can we expect from him?
Abir is a free-spirited, insightful and a lively guy. He has a very strong point of view and takes a stand whenever necessary. I guess Abir will help us understand how important it is to live your life and not just let it pass by. He will also teach us how every person has his or her own individuality, and point of view.

What would be your dream role?
I wanted to play a warrior prince and was lucky enough to play it twice. I feel very fortunate and blessed that I have been given such amazing opportunities. I haven’t played a cop till now, so, maybe, one day I will.

What is the master plan going forward?
I never make any plan and just wish for things. I just let the almighty do the planning for me. I am very carefree that way.

Tell us, what kind of films and television shows do you enjoy watching?
When I do get time, I like to watch light, romantic comedies. I love The Big Bang Theory, Modern Family, How I Met Your Mother and shows like that.

What are your biggest passions away from work?
I guess I am a farmer at heart. I would love to live a farmer’s life. Right now, growing whatever I can in my windows gives me great satisfaction.

Your fan base has been inspired by your ethics and many plant trees or do what they can to help the environment. How much do they mean to you?
I am what I am because of them. I get work because they want to watch me. I get inspired by them and learn from them. All I can do is be thankful for loving and supporting me. It means the world to me.

You have a dedicated fan base; but who are you a big fan of?
I am a big fan of Mahatma Gandhi. The things he tried to teach us and how he enlightened us with such beautiful thoughts remain relevant today. He taught us that one single man with determination and a strong will can do anything. I am also a big fan of Vincent Van Gogh. His contribution to the art world and the message he wanted to give through his work is immense.

What is the best advice you ever got?
It would have to be ‘zindagi na milegi dobara’ (you won’t get this life again).

Why do you love being an actor?
For so many reasons – from being able to explore new lives to learning something every step of the way. But top of the list is getting unconditional love from all over the world and knowing the fact that you can inspire someone or make somebody happy with your work.

Please give a message to your fans?
Thank you for your love and support. It means the world to me. Instead of wanting to do something for me, if you can do something for your society, something which can bring a positive change or just try and safeguard our environment.