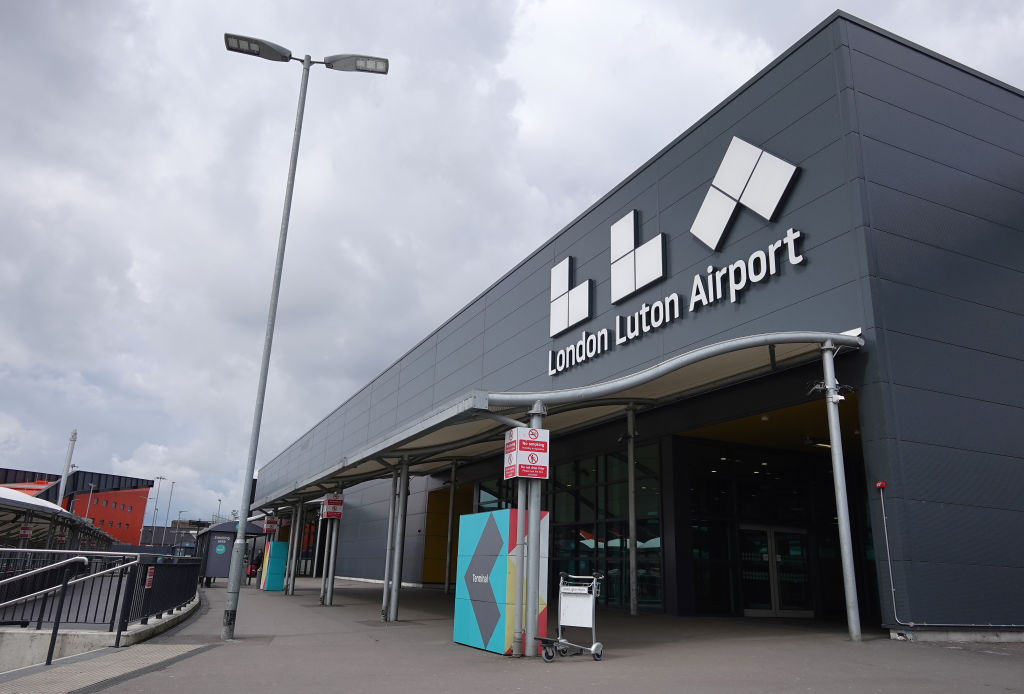 LUTON, UNITED KINGDOM – MAY 01: A quiet entrance to London Luton Airport as WizzAir resumes passenger flights on May 01, 2020 in Luton, United Kingdom. British Prime Minister Boris Johnson, who returned to Downing Street this week after recovering from Covid-19, said the country needed to continue its lockdown measures to avoid a second spike in infections. (Photo by Richard Heathcote/Getty Images)

Flights to and from Britain’s London Luton airport were temporarily disrupted on Monday after soaring temperatures caused a defect in its runway, prompting airlines to delay or divert their planes.

The temperature rose above 37C (98.6 Fahrenheit) in parts of England on Monday, and was forecast to hit new record highs above 38.7C on either Monday or Tuesday. Much of Europe has also been baking in a heatwave.

The airport said its runway had reopened at 1705 GMT, after earlier suspending flights at 1522 GMT.

The airport had said in a post on Twitter that flights were suspended to allow for “an essential runway repair after high surface temperatures caused a small section to lift”.

Some 14 flights due to land at Luton were diverted to other airports including Gatwick and Stansted on Monday afternoon, according to FlightRadar24 data.

At 1720 GMT, the airport’s live departure boards showed flights heading to holiday destinations including Greece and Spain were delayed, and arrivals from several European airports were more than 4 hours later than scheduled.

A spokesperson for Ryanair said it had not cancelled any flights to or from Luton but had diverted a small number to London Stansted Airport due to the runway defect.

Britain’s Royal Air Force said on Monday aircraft were using alternative airfields to its Brize Norton air base due to extreme temperatures, after Sky News reported that the hot weather had melted the runway at the Oxfordshire base.