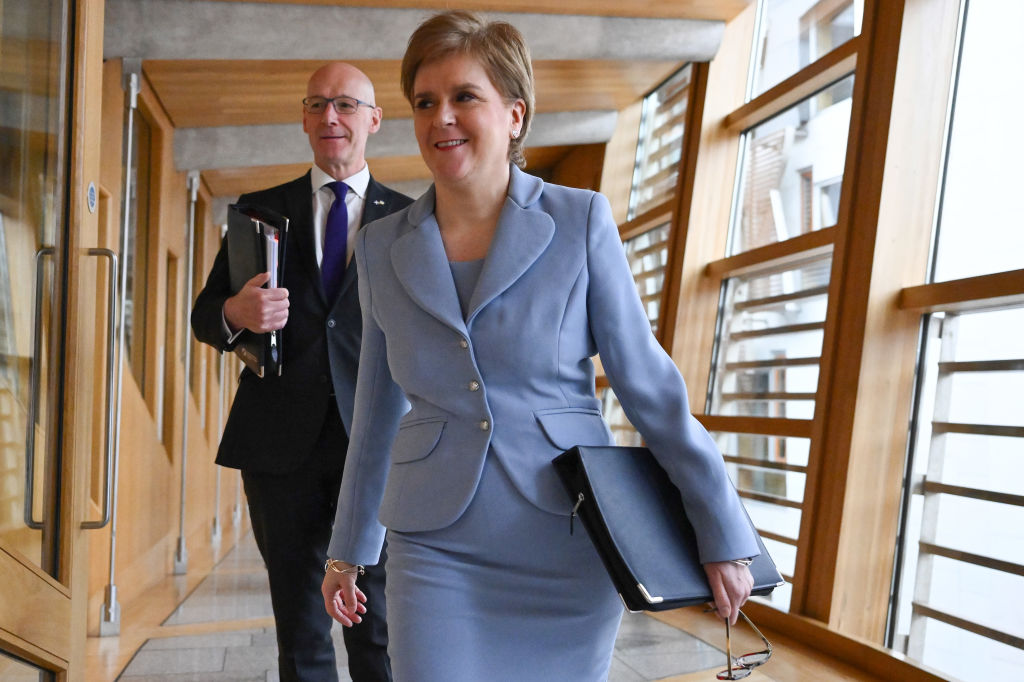 Scotland’s First Minister Nicola Sturgeon announced plans on Tuesday for a second referendum to be held on Scottish independence in October 2023.

In a referendum in 2014, Scots voted 55%-45% to remain in the United Kingdom, but both Brexit and the British government’s handling of the COVID-19 crisis have bolstered demands for a second vote.

Sturgeon said next year’s vote would be consultative, not self-executing, and it would require further legislation from both the UK and Scottish parliaments for Scotland to become independent.

Sturgeon’s ruling nationalist Scottish National Party vowed to hold a referendum if pro-independence parties won a majority in elections in May for the devolved Scottish Parliament.

The SNP and the Scottish Greens, who also support secession, won more than half of the 129 seats in the parliament and agreed to a power-sharing deal. They have a clear pro-independence majority to ensure any referendum bill would be passed.

Sturgeon said that bill would be published on Tuesday, with a date of Oct. 19, 2023, pencilled in for the plebiscite.

WHAT WOULD A REFERENDUM MEAN?

If Scots voted to leave, it would be the biggest shock to the United Kingdom since Irish independence a century ago – just as it grapples with the aftermath of the COVID-19 pandemic, a cost of living crisis and spiralling inflation, and the impact of Brexit, a move that Scotland’s voters strongly opposed.

The nations of Britain have shared the same monarch since 1603, when King James VI of Scotland became James I of England. In 1707, a formal union created the Kingdom of Great Britain.

Under the 1998 Scotland Act – which created the Scottish parliament and devolved some powers from Westminster – all matters relating to the “Union of the Kingdoms of Scotland and England” are reserved to the UK parliament in London.

Westminster can grant the Scottish government the authority to hold a referendum using a so-called “Section 30” order, a process that was used to allow the 2014 plebiscite to go ahead.

In effect, Johnson’s government says that gives him the authority on whether or not Scotland gets a referendum. Sturgeon said she had written to him to say she was “ready and willing to negotiate the terms of a Section 30 order with him”.

WILL PERMISSION BE GIVEN?

In January 2020, Johnson refused Sturgeon permission to hold another referendum, saying the 2014 vote had been a “once in a generation” event, and he has ruled it out repeatedly since.

If he does again say “No”, Sturgeon said plans were already underway to ensure the Scottish parliament could proceed with a vote lawfully. She said Scotland’s top law officer had agreed to make a reference to the UK Supreme Court on Tuesday so it could decide whether a referendum could be lawfully held.

Judge David Hope, former deputy president of the Supreme Court, has told Reuters that the Scotland Act would be a major constraint on the Scottish government. “They are trapped within a statute which is very carefully drafted,” he told Reuters.

Others think it is not so clear-cut. “There are respectable arguments for saying that a referendum bill would be within devolved competence,” said Professor Aileen McHarg, an expert on constitutional law at Durham University.

IF SUPREME COURT SAYS NO

Sturgeon said that Scotland could not hold an referendum without lawful authority, saying it would have no effect and would not be recognised by the international community.

She has previously cited the case of Catalonia, which unsuccessfully declared independence from Spain in 2017 after a referendum ruled illegal by judges.

Instead, Sturgeon said the next nationwide UK election, due to be held in 2024, would then be a de-facto referendum on Scottish independence.