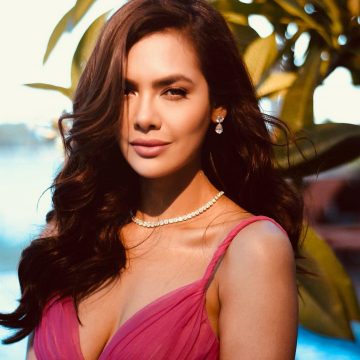 We always tend to associate celebrities only with glitz and glamour, often overlooking the fact that many of them could also be advocates for the environment. One such celebrity, who is known to lend her support to a number of social and environmental causes including animal welfare, plastic ban and women safety, is popular Bollywood actress Esha Gupta.

Esha, who has always been outspoken about issues related to the environment on her social media platforms, will now be part of the Mabel Green Cup, a football game organised to raise awareness on Earth preservation. The said match will be between Real Madrid and AS Roma, and Esha will attend in the capacity of an ambassador.

Determined to protect the Earth and inspire others to do the same, Esha recently made a strong statement on her social media when she said, “You know all those shows and films about Earth’s extinction, we are not far from it.” Eastern Eye caught up with the actress to know more about the initiative and how important it is for all of us to do our part to leave a green footprint on the earth.

This is perhaps for the first time when an international football tournament is being organized to spread awareness about environmental issues. How do you look at the initiative?

The fact that football is such a big and widespread sports, it gives us nothing but motivation to speak about sustainability and the environment through games. I am thankful to the teams and players of such stature to agree to play for a bonsai trophy to spread awareness as that is the need of the hour.

You have been one of the few Bollywood celebrities who actively work to create awareness about various environmental issues. How does it feel when you are invited to be a part of such a global initiative?

I have always spoken for the once who can’t speak for themselves. I believe it’s still not that late to save our planet earth if we work together, and as that Mabel Green Cup has the faith in my belief to work towards the same.

Did you take your time in agreeing to join them or it was an instant yes?

The fact that Mabel Green proposed to bring football and environment together, it was an instant yes with a no brainer to say yes.

When is the match happening?

One match has already happened and we have made this a yearly event to spread awareness about sustainability and the environment.

Do you think it is high time that we as a nation should also come forward and do our bit to protect the environment more seriously? Drought and floods have become such common sights these days.

We are doing a bit. But protecting Mother Nature isn’t about a nation. It’s our duty to protect our planet as human beings if we want our kids to have the same. In fact, a better future than what we have had. And that is only possible if we don’t make it political but humanitarian.

People call you an Eco-friendly star. How do you react to such compliments?

Well, global warming is not a facade, and the ones who feel it don’t deserve the planet earth we have been given. The fact that we believe it’s the only planet in the galaxy which can sustain life shows how egoistic humans are. And I believe in what we sow is what we reap. Hence global warming. But as a celebrity, people follow us, so I rather raise a voice for what is the need of the hour.

What advice would you like to give to people when it comes to taking a stand for the environment?

Just protect and don’t take nature for granted because this is all we have.

What is your take on developments that harm the environment?

We are colonising Mars and moon, but can’t protect our earth is upsetting and hurting. Cutting forests to give more land to coal and oil and other such companies shows how we are making saving our planet about politics and not humanity. And it’s sad. Hence we all need to get together and work for a better tomorrow.